ONE OF Ireland's most popular whiskey brands have released a brand new product.

Jameson Irish Whiskey have teamed up with Cork-based brewery Eight Degrees for a collaboration which mixes two of Ireland's favourite alcoholic drinks: Whiskey and stout.

According to Whiskey Wash, Jameson Crested is normally aged in American bourbon barrels and Spanish sherry butts, but this new offering will give it a kick of the 'black stuff' as it is aged in Irish stout barrels. 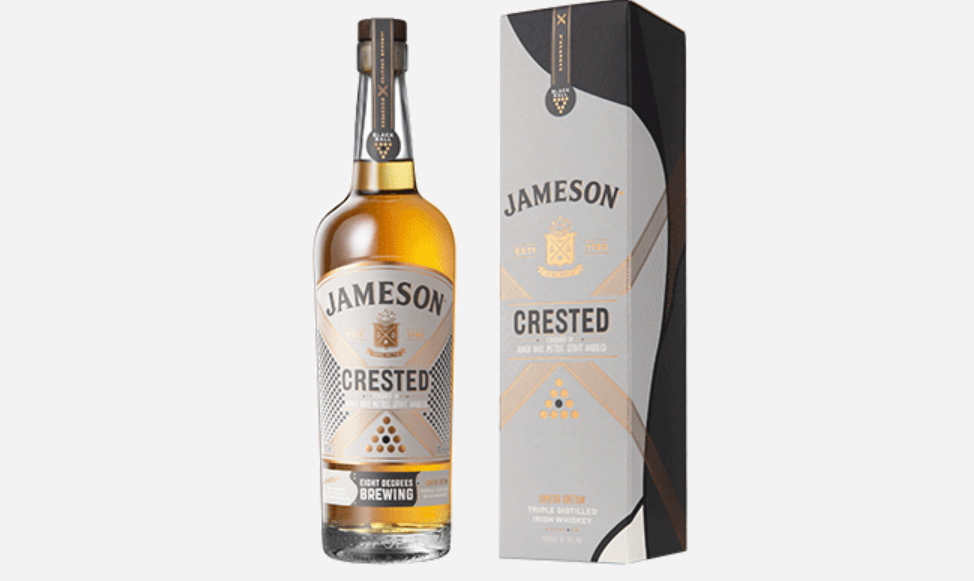 Speaking at the launch of the new product, Irish Distillers’ Blender Dave McCabe said they were "delighted when the opportunity arose to create a truly special whiskey".

"When we were selecting a whiskey to mature in these barrels, Jameson Crested became the obvious choice. Its higher pot still component and sherry cask inclusion allowed the whiskey to meet the impact of the stout head on, creating a balanced reaction.

"We filled the casks in November last year and carefully monitored the whiskey’s progress. After about four months of ageing we felt it was just right. The stout influence is prevalent in the taste, complementing the whiskey beautifully. It’s a truly unique liquid, perfect when enjoyed neat, paired with a craft stout, or as part of a spiced cocktail."

The drink promises a rich stout influence, with scents of malt and vanilla chocolate as well as the tang of spices and dried fruits; a luscious creamy texture with tastes of mild spice, roasted coffee beans and chocolate.

While the Jameson Crested Stout is sure to be popular, not everyone will be able to get their hands on it: less than 10,000 bottles of the special edition whiskey will be released across the world.