Auction stations as rare Irish banknotes go under the hammer

THE London auctioneers Dix Noonan Webb are holding an auction of Irish, British and world banknotes this week.

The auction, on Thursday, May 27, will include two very rare Irish banknotes.

The auctioneers describe one note as “an absolutely spectacular example of an extremely rare £100 note from the Irish Free State, dated 10 September 1928”. 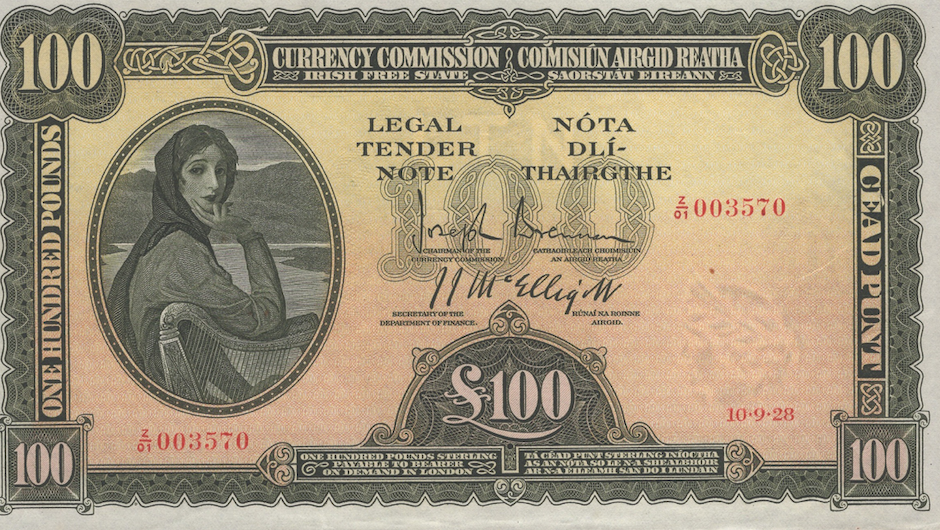 This rare £100 Irish banknote goes under the hammer this week

Andrew Pattison, Head of Department, Banknotes, Dix Noonan Webb, comments: “These two notes are some of the first issued by the independent Ireland in 1928 and are also the first to feature the iconic image of Lady Lavery leaning on harp.

“There are now thought to be less than ten of each of these denominations still in existence from this early date.”