RARE books, fine furniture and important artworks will all go under the hammer next month as the contents of Howth Castle in Dublin are sold.

Fonsie Mealy Auctioners, in Kildare, are hosting the auction of the Remaining Contents & Library at Howth Castle, for the Gaisford-St Lawrence family.

The family came to Howth in 1177 and Howth Castle is one of the longest continuously inhabited private homes in Europe.

Its origins lie in medieval times, when Almeric, the first Lord of Howth, came to Ireland with John de Courcy. 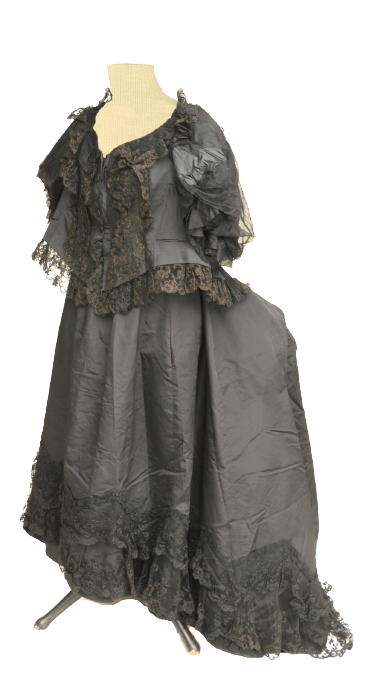 Queen Victoria’s Mourning Dress, worn following the death of her husband Prince Albert, who died in
1861, from typhoid, aged forty‐two, is among the lots in the sale

Legend has it that on August 10, the feast day of St Lawrence, he won a victory which secured him possession of the Howth peninsula and in gratitude, he took the name of the saint.

Initially a timber fort was built on Tower Hill before a permanent stone-walled Norman castle was constructed.

The earliest part of the present castle structure dates back to 1450, although the building has been extensively altered by succeeding generations, most notably in 1738, when the house took on its current appearance. 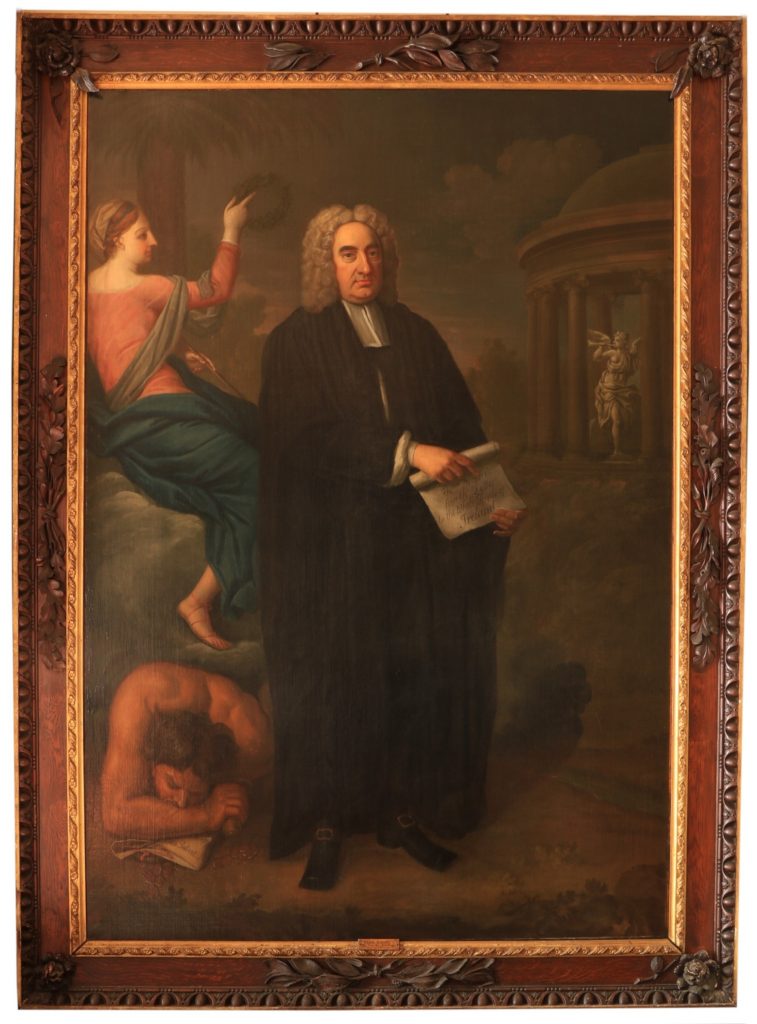 A popular legend about Howth Castle occurred in 1576 when the ‘Pirate Queen’ Grainne O’ Malley visited Dublin and attempted to pay a courtesy visit to the 8th Baron of Howth.

It is told that when she approached, she was informed that the family was at dinner and the castle gates were shut against her.

In retaliation, she abducted their grandson, the 10th Baron, and heir.

She eventually released him upon a promise ‘to keep the gates open to unexpected visitors, and to set an extra place at every meal’. 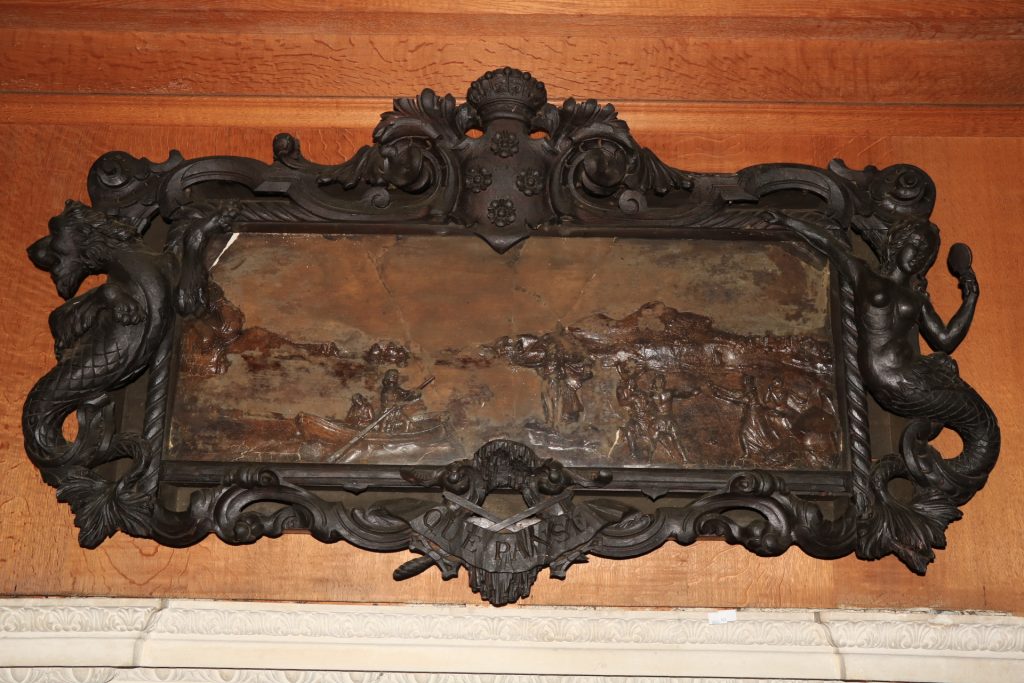 Lot 440 is An Allegorical Relief sculpture depicting the taking of Lord Howth’s grandson, heir of the Castle, as an Infant by Grace O’Malley (Grainne Uaile) at Howth Castle

This agreement is still honoured by the descendants of the Baron, and Jonathan Swift, the famous satirist, was also a regular visitor here.

The auctions of the castle’s contents, which includes rare books, manuscripts, fine furniture, antiques, silver, ceramics and paintings -including Irish and international art, offer a fascinating insight into 800 years of Irish history. 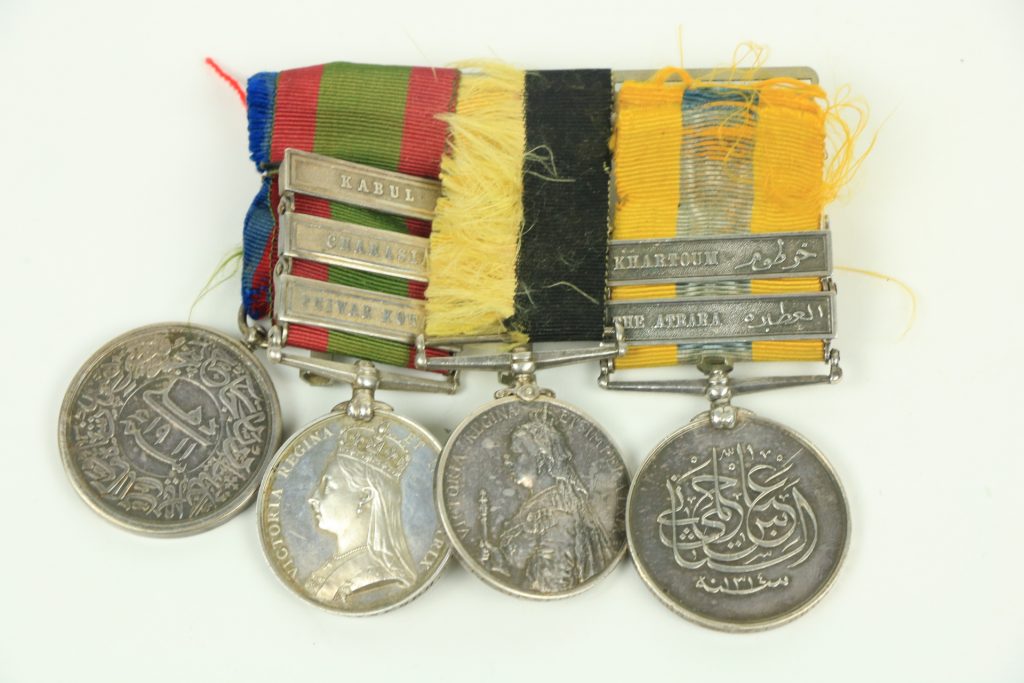 Awarded to Lieut. W.T. Gaisford, 1st Seaforth Highlanders, The Khedive’s Sudan Medal will also go under the hammer next month

One of the most important lots within the sale is a portrait of Johnathan Swift, painted by Irish gentleman painter, Francis Bindon (c.1690-1765).

The oil on canvas painting is believed to be one of the most important and finest 18th century Irish works of art to come onto the open market.

However, in view of the painting’s “cultural and historic importance” the Gaisford-St Lawrence family have offered the Irish Government the option to buy the artwork “at a price equal to the hammer price realised at the auction date, should a private or trade buyer successfully bid for same” the auctioneers have confirmed. 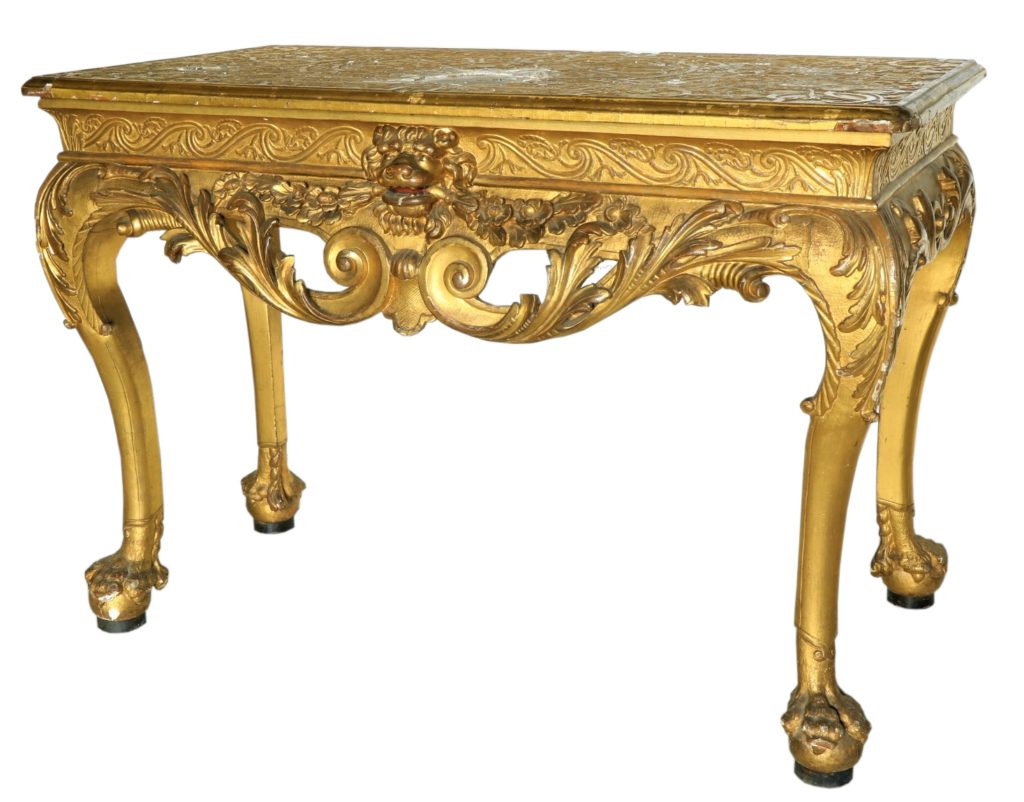 A pair of Irish carved giltwood and gesso Side Tables, c. 1738, are being sold at auction

The first auction, entitled Family Contents, will take place on September 8 and 9 at the Grand Hotel in Dublin’s Malahide.

The Library sale takes place on September 22 and 23.

Viewing of the lots available takes place at Howth Castle this weekend, from September 4-7, while catalogues for both sales are available from Fonsie Mealy’s.

Bidding for the items will be available live through their website and at www.easyliveauctions.com.