NETFLIX’S latest documentary series, The Keepers, examines the case of Sister Catherine ‘Cathy’ Cesnik, a nun who was murdered after disappearing in Baltimore on November 7, 1969.

Her body was found on January 3, 1970 having suffered a skull fracture from a blow to the head.

The show examines whether there is a link between her murder and allegations of abuse at a school she taught, Archbishop Keough High School.

Here, we look at Fr Joseph Maskell, the chaplain of Keough who was the subject of an unsuccessful 1994 lawsuit accusing him of rape, during which one of the plaintiffs alleged he showed her Sr Cathy’s body as a warning not to speak to anyone else about the abuse. 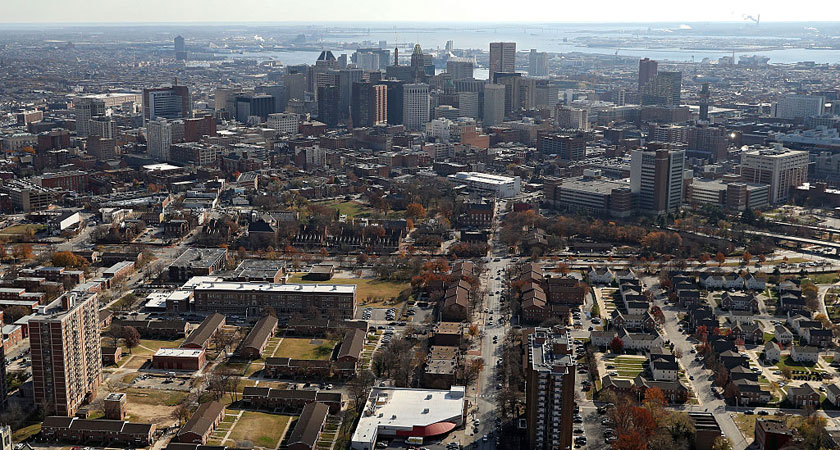 He came from an Irish family

Maskell’s father Joseph was born in Limerick and emigrated with his parents, Daniel and Hanna, to New York in 1898, before settling in Baltimore, an area popular with Irish immigrants.

In The Keepers, investigative journalist Tom Nugent says: “Maskell was an Irish priest right out of the traditional working-class Irish-American community.” 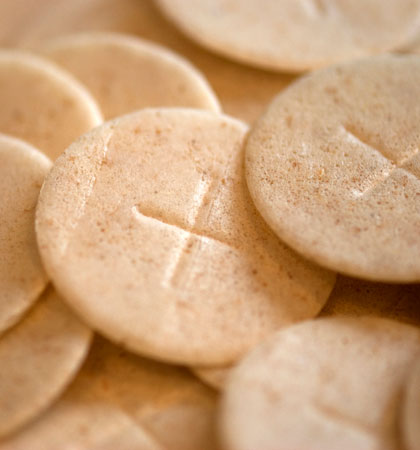 As a boy, Maskell would say Mass for his friends (Image: iStock)

He seemed destined to be a priest

While other kids were playing football or baseball, the young Maskell was saying Mass for his friends.

“From 15 years old he was a priest in training,” says Nugent.

The reporter adds that Maskell’s mother would dress him in Mass vestments and would separate the white wafers out of a pack of coloured candy for him to use as Communion wafers.

In 1994, former Keough students Jean Hargadon Wehner and Teresa Lancaster (then known as Jane Doe and Jane Roe) accused Fr Maskell of rape and filed an unsuccessful civil lawsuit against him, the School Sisters of Notre Dame, the Archdiocese of Baltimore and gynaecologist Dr Christian Richter.

In The Keepers, Wehner, Lancaster and other Keough students describe the abuse they allege Fr Maskell committed and orchestrated, with some students also implicating another Keough priest, Fr Neil Magnus – who died in 1988 before the allegations came to light – as well as police officers.

Wehner describes how the alleged abuse was dressed up as religious counselling, after she initially confided in Fr Magnus that her uncle had abused her.

Reading out a statement she gave to the Archdiocese of Baltimore, she says: “[Fr Maskell] told me I was a bad person and it made him so angry that there were people like me around that he had to do his part to stop it.

“He pulled his penis out and said God wanted me to receive the Holy Spirit and it was flowing through him.”

When preparing their case in 1993, Wehner’s team needed corroborating testimony and appealed for information from former Keough students.

They received an overwhelming response.

Wehner’s then attorney Beverly Wallace says: “We heard from more than one person that there were other people brought in who performed sexual acts and raped these girls at the behest of Maskell, or certainly with his permission and [in] his presence. 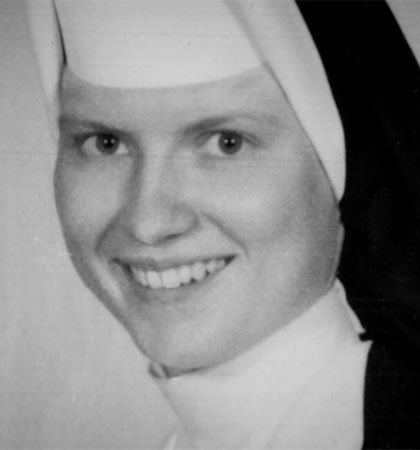 Sister Cathy Cesnik was murdered in 1969 in Baltimore (Image: Netflix/YouTube)

Sr Cathy worked at Keough alongside Fr Maskell until autumn 1969, when she got a job at a different school, however before leaving three pupils had confided in her about the alleged abuse.

According to the documentary, a furious Fr Maskell and Fr Magnus visited Sr Cathy’s apartment the night before she went missing, at which time one of the three pupils was visiting the nun with her boyfriend.

Sr Cathy asked the girl and her boyfriend to leave but the pupil was called to Fr Maskell’s office the next day, where he allegedly told her: “If you say anything, I’ll kill both of you and your families.”

Wehner claims that shortly after the nun’s disappearance, Fr Maskell took her to Sr Cathy’s body and told her: “You see what happens when you say bad things about people?”

While the documentary makers don’t believe Fr Maskell killed Sr Cathy, they do speculate he was involved in her murder, fearing she was about to expose the abuse allegations at Keough.

He was well connected

As well as being chaplain of Keough, Fr Maskell also served as chaplain for the Baltimore County Police, the Maryland State Police and the Maryland Air National Guard.

Retired Baltimore County Police captain James Scannell (now deceased), who was the first officer on the scene when Sr Cathy’s body was discovered, described Fr Maskell as a friend and fellow officer.

He tells The Keepers: “He used to come in ride-alongs. He used to come down and I’d let him shoot when I was working. We’d have a little target practice.” 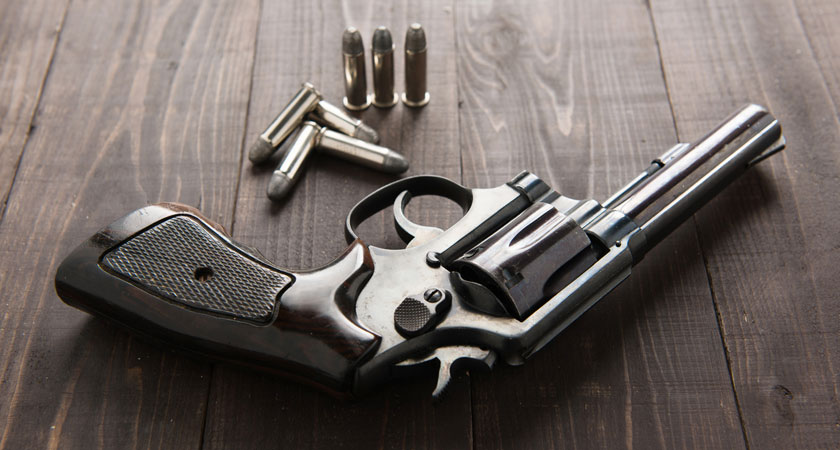 Fr Maskell was alleged to have threatened a student with a gun (Image: iStock)

Fr Maskell was a fan of guns

Former Baltimore City Police detective Brian Schwaab said Fr Maskell would carry a handgun and told The Keepers that when he served as an altar boy, the priest produced the gun in the sacristy.

Schwaab asked why he had the weapon and Fr Maskell only looked at him.

“I didn’t get a look like that until years later interviewing violent offenders, “ says Schwaab, “talking to someone who’d murdered somebody.”

Wehner also alleges Fr Maskell used a gun to threaten her, saying that he once took the bullets out before putting the gun to her temple.

She claims he then said: “If your father ever found out you were whoring around, he would do the same but keep the bullets in.” 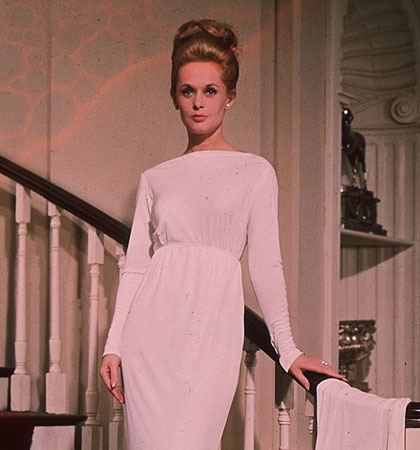 Former pupils Lil Hughes Knipp and Donna Von Den Bosch both claim Fr Maskell – who was school counsellor at Keough from 1967–75 – hypnotised them, while Knipp says he would perform Rorschach tests, adding: “Every blot was some kind of sexual thing.”

Another pupil, Mary Spence, says Fr Maskell ensured the Hitchcock film Marnie, about a woman with repressed memories, was on the religion class curriculum.

She says: “It was suggestive that maybe I have things that I should talk to a counsellor about so I don’t turn out like Marnie.”

She adds: “Maskell was our school psychologist; how convenient that he picked that movie for us to go and watch.”

He literally tried to bury evidence

In 1990, while serving as pastor of Holy Cross in Baltimore, Fr Maskell had the caretaker, William Storey, dig a large hole in the cemetery where he buried boxes of records.

An anonymous police source, known as Deep Throat, claims that when the boxes were exhumed in 1994, they contained original photographs of girls with their breasts exposed and profiles of high school girls.

He claims the contents were enough to arrest Fr Maskell: “We could have done it right then and there.”

However State Attorney Sharon AH May disputes this and says there were no original photographs, saying: “To my recollection there was nothing that went right to, ‘Maskell molested these kids.’”

She adds: “Maybe we did [find pornographic material], I don’t remember that.”

After leaving his role as pastor of St Augustine’s parish in Elkridge, Baltimore, Fr Maskell moved to Ireland in 1994 as the case against him was ongoing.

He practiced as a clinical psychologist in the Wexford Community Care area in 1995.

After leaving the public sector in 1995, Maskell continued to work as a private psychologist in the area until 1998.

The HSE in Ireland has now commenced an investigation into concerns relating to Fr Maskell’s employment by the then South Eastern Health Board.

He maintained his innocence

Fr Maskell denied the allegations up until his death in 2001.

The late Captain Scannell also insisted Maskell was innocent, saying: “I’ve got to be objective, I think like a police [officer]. If I thought it was him, he wouldn’t have been walking free. I would’ve did what I was supposed to do.”

Maskell’s remains were exhumed in February 2017 for a DNA comparison with a sample obtained from Sr Cathy’s crime scene but there was no match.

The Keepers is available on subscription streaming service Netflix (click here). See the trailer below.