OCTOBER IS Black History Month, and to celebrate, we've cobbled together some of the biggest black celebrities, who just so happen to be Irish.

Featuring famous faces from the world of music, sport and politics, here are nine Irish heroes to celebrate. 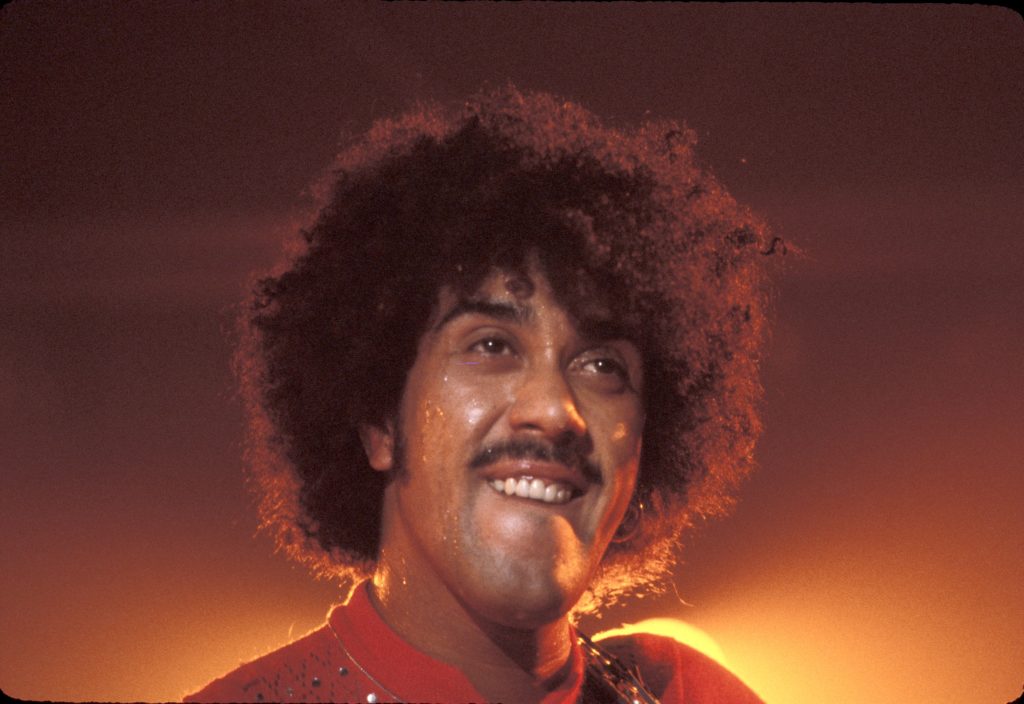 Singer, songwriter and bassist Phil Lynott of the hard rock band Thin Lizzy is shown performing on stage during a "live" concert appearance on November 6, 1980.

The founding member and front man of rock band Thin Lizzy, Lynott is unquestionably one of Ireland's greatest musical exports - and that's saying something!

Born in England to an Irish mother and a father from British Guiana, Lynott experienced casual racism growing up. As a result, he moved to Crumlin, Dublin to live with his maternal grandparents.

At the age of 20, he formed the band that would change his life forever. Originally they were known as 'Tin Lizzy', taking their name from a robot character in The Dandy, but later changed it to 'Thin Lizzy' as a playful reference to the local Dublin accent.

Among their achievements, Thin Lizzy acted as a something as a symbolic olive branch between the north and south on the island of Ireland - drawing their early members not only from both sides of the border, but also from both Catholic and Protestant communities during The Troubles.

Lynott sadly died of pneumonia and heart failure due to septicaemia in 1986. He was buried in St Fintan's Cemetery in Sutton in Dublin. 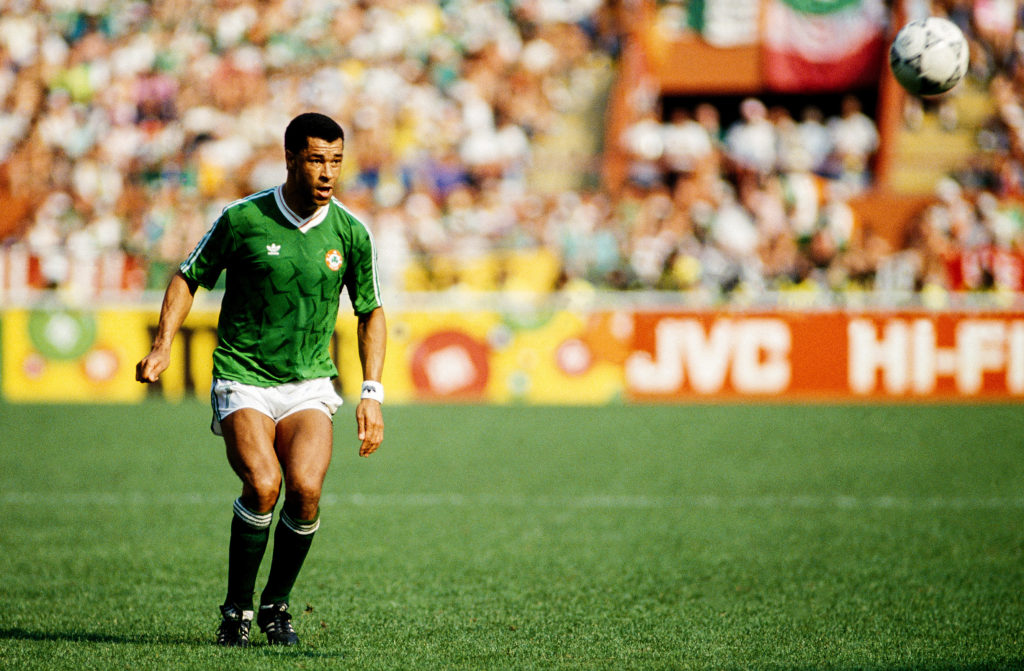 Paul McGrath during the FIFA World Cup 1990 Round of 16 match between Republic of Ireland and Romania at the Stadio Luigi Ferraris in Genoa, Italy.

Paul McGrath is understatedly one of the greatest footballers to grace England's top division, and undeniably one of Ireland's best ever players.

Like Lynott, McGrath was born in England to an Irish mother and a foreign father. His mother Betty had snuck out of Ireland before Paul was born for fear her father would find out she had become pregnant outside marriage - and in an interracial relationship no less, which was ... frowned upon (to say the least) in traditional corners of the country in those days.

McGrath started his career with St Patrick's Athletic before being spotted by a Manchester United scout. His time spent in England was a mix of brilliance and tragedy. McGrath turned into perhaps the division's most complete defender, and while at Aston Villa in 1992, he won the PFA Players' Player of the Year award, becoming just the fourth defender to do so.

But McGrath had physical and emotional demons that would haunt him continuously. A recurring knee injury caused him to miss large spells of his very best years, and ongoing troubles with alcohol eventually led to his Old Trafford exit in 1989. McGrath even admitted he'd taken to field numerous times while drunk.

He ended up featuring for Ireland at the 1990 and 1994 World Cups, as well as Euro '88 - the nation's first ever international tournament. 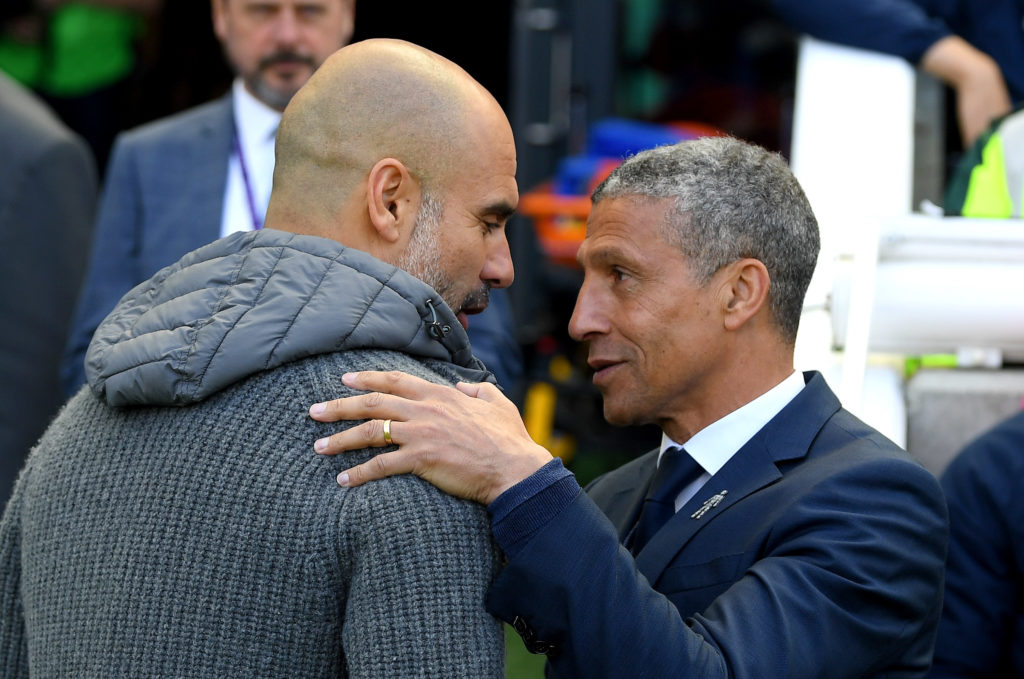 Hughton was something of a trailblazer, becoming the first mixed-race footballer to appear for the Irish national side in 1979. He was born and raised in England, but was eligible to play for Ireland thanks to his mother.

The flying full-back became a Tottenham Hotspur mainstay domestically, ended up winning 53 caps for his country, and enjoyed a two-year stint as Ireland assistant manager between 2003 and 2005 under Brian Kerr.

Since then, he's managed a number of Premier League clubs including Newcastle United, Norwich City and Brighton & Hove Albion, and was recently appointed manager of Nottingham Forest. 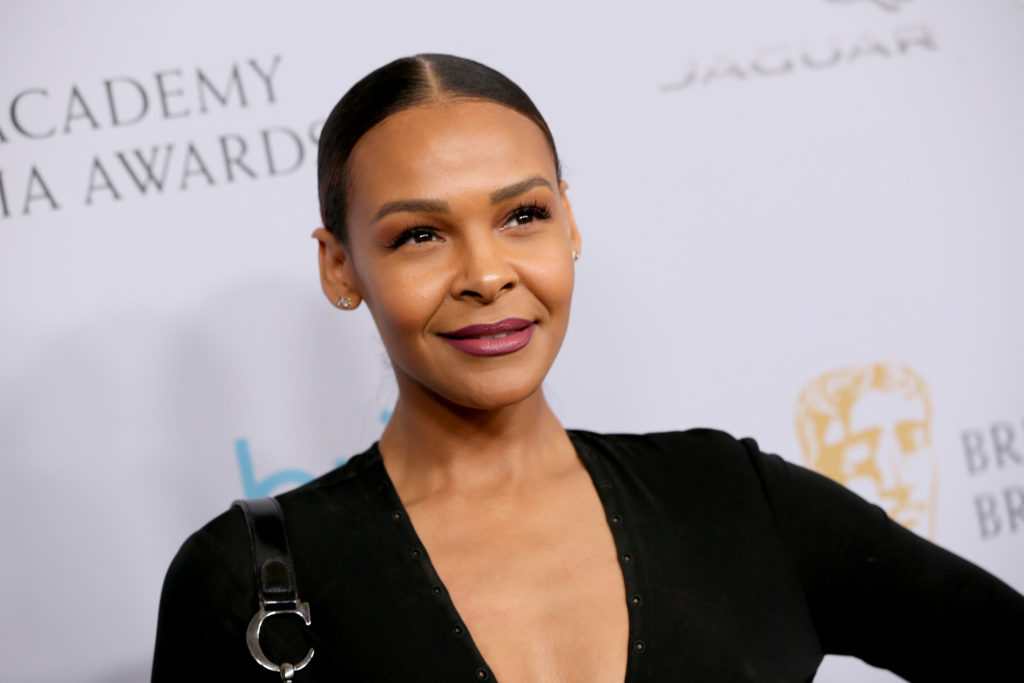 Samantha Mumba shot to fame in 2000 at the age of 17 with the release of her debut single 'Gotta Tell You', which reached the top five in Ireland, United Kingdom and the United States.

She was discovered by Boyzone and Westlife manager Louis Walsh when she was just 15 when she appeared on RTÉ TV talent show Let Me Entertain You.

Gotta Tell You ended up being listed in Billboard's 100 Greatest Choruses of the 21st Century.

In 2002, Mumba switched focus by working as an actress, starring in a number of independent Irish films, as well a fashion model, before returning to music in 2013. 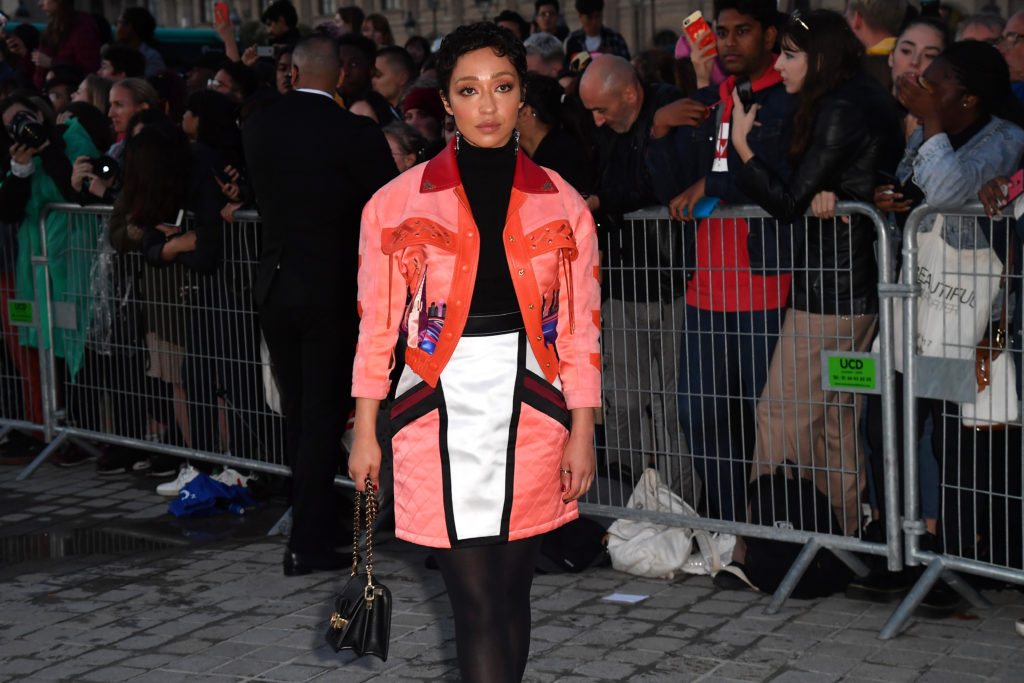 Negga was born in Addis Ababa, Ethiopia to an Ethiopian father and an Irish mother, Nora. Her father tragically died in a car accident when Ruth was seven, at which point her and her moved to Ireland, and she spent the rest of her formative years growing in Limerick.

She studied at the Samuel Beckett Centre at Trinity College, Dublin, and hit the silver screen in 2004 in the independent Irish film Capital Letters, and never looked back.

Now, admittedly, some on this list are more Irish than others... 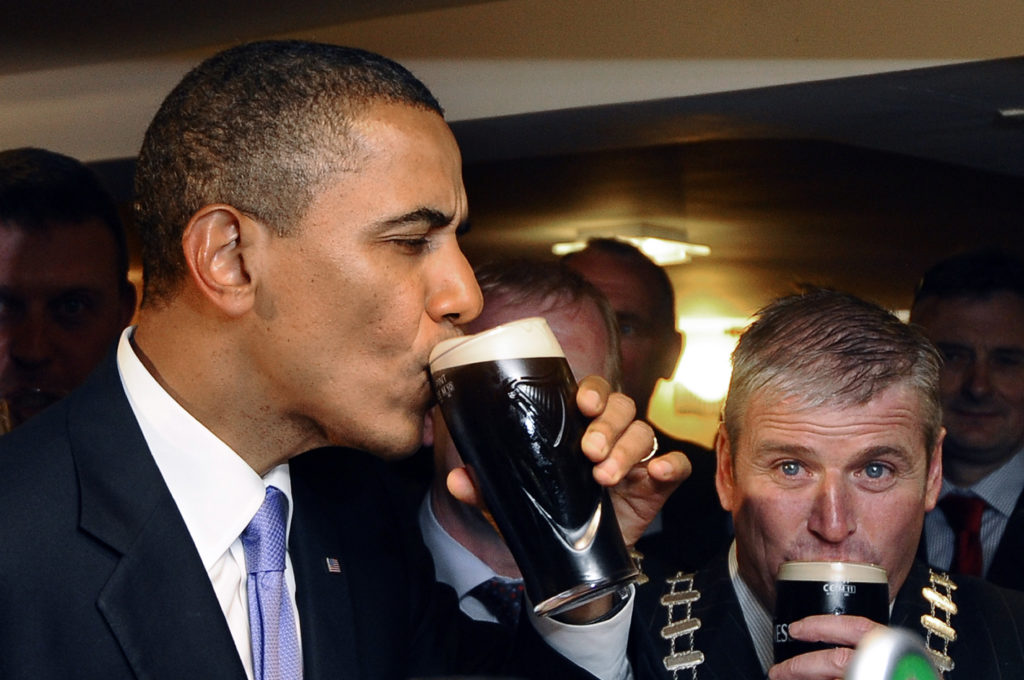 Barack Obama sips a glass of Guinness during his visit to Ireland in 2011.

Just look at the way he sips that pint of Guinness, a natural!

A number of American Presidents have Irish roots, and that includes Mr Obama. His maternal great-great-great grandfather, Falmouth Kearney, lived in Moneygall on the border of counties Offaly and Tipperary.

During a state visit to Ireland in 2011, Obama visited the town and met with distant Irish cousins of his. 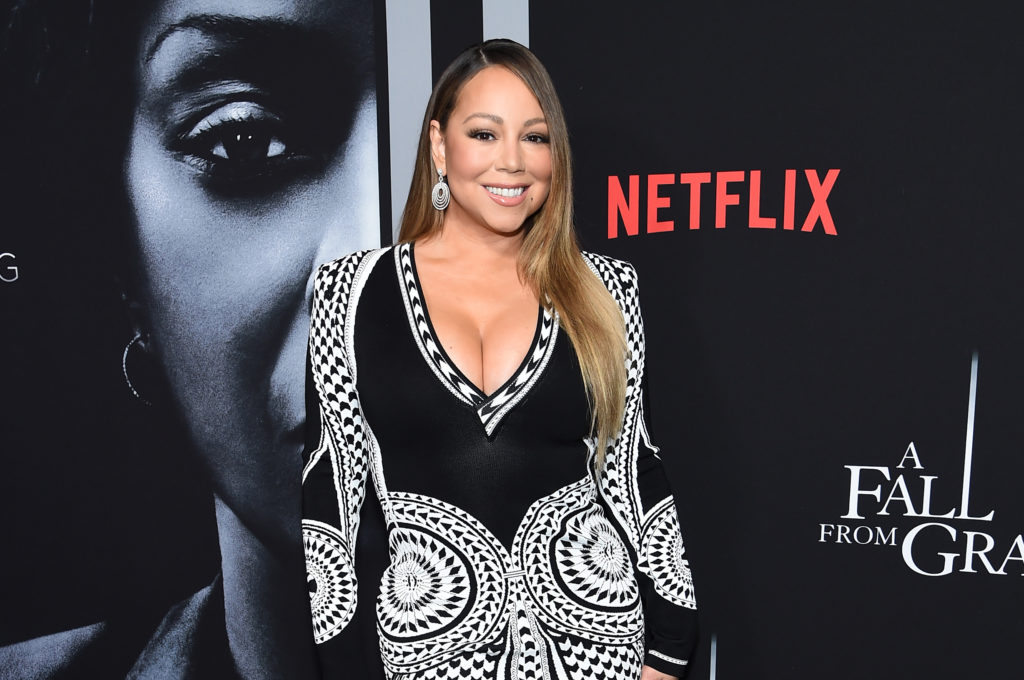 Mariah Carey attends the premiere of Tyler Perry's "A Fall From Grace" at Metrograph on January 13, 2020 in New York City.

The Queen of Christmas was born and bred in New York City, but her famous voice - believe it or not - comes from Ireland.

Her mother, Patricia (née Hickey) is a former opera singer and vocal coach of Irish descent.

"My mother's so Irish, she loves Ireland, she's like, yay, Ireland! Waving the flag and singing 'When Irish Eyes Are Smiling.' And that's great. I appreciate that and respect it," Carey said. 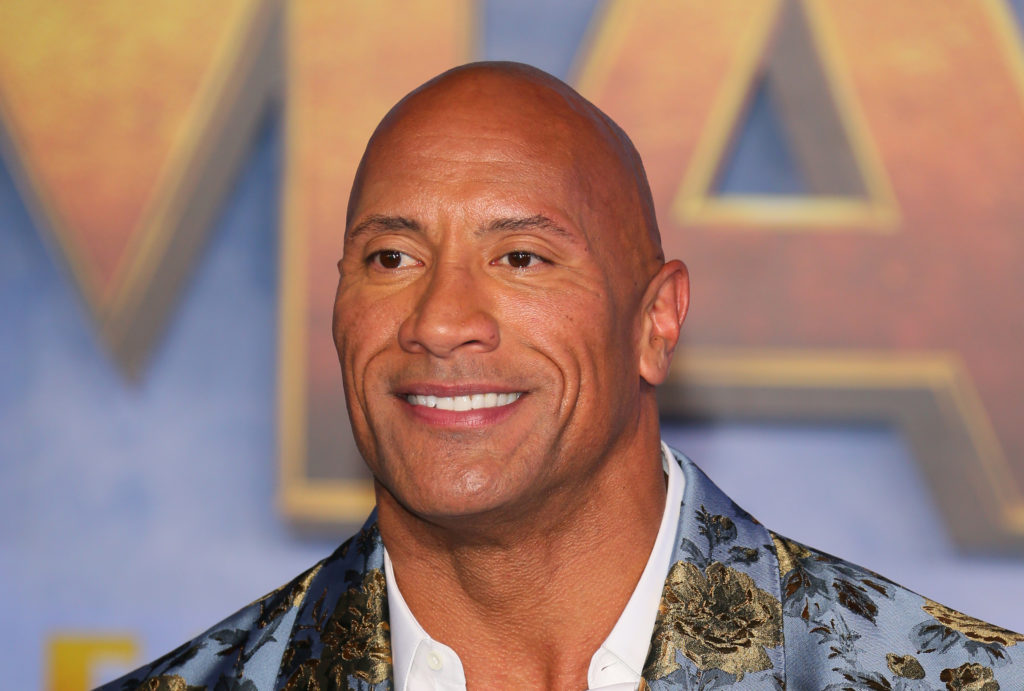 US actor Dwayne Johnson arrives for the World Premiere of "Jumanji: The Next Level" at the TCL Chinese theatre in Hollywood on December 9, 2019.

The wrestler-turned-actor-turned-biggest star in the world might appear as American as they come, and may indeed celebrate his Samoan heritage, but coursing through the many veins in those massive arms of his is Irish blood too.

"I have some strong Irish blood on my dad's side of the family," he told entertainment.ie during the promotional circuit for Hercules in 2014.

"I've always felt like I was tough and had a little bit of luck and I can drink." 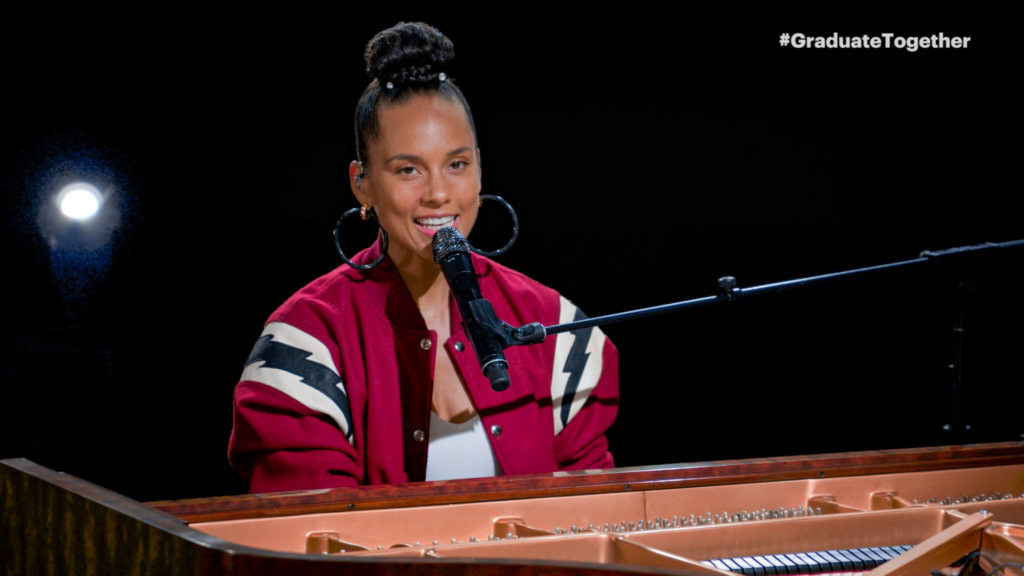 Alicia Keys performs during Graduate Together: America Honors the High School Class of 2020 on May 16, 2020.

The 'Empire State of Mind' star boasts an impressive multicultural heritage, but Keys is the daughter of an Irish-Italian mother.

She may have admitted in an interview back in 2013 that her heritage "might be Scottish", but we're willing to forgive and forget. She's one of us!