BACK in 2014, Ireland hosted the 34th International Naturist Congress in Drumshanbo. People from all over the world headed for Co. Leitrim — needless to say, if they had nothing on.

The Congress aimed to raise public awareness of nudity and discussed all aspects of naturism — including the contribution the nudist movement might make to the Irish economy. The Irish Naturist Association pointed out the naked truth: the nudism industry is worth several millions to the economies of the likes of France and Spain, where naturist beaches are common.

The congress also discussed the fact that public nudity remains technically against the law in Ireland. It's an illegal act with a long history. In 1929 a fairly anodyne publication for naturists called Health & Efficiency — featuring naked people in anything but titillating poses — became the very first publication to be banned by the Irish Free State.

Today, although the restrictions on publishing have been relaxed (and Health & Efficiency is still going strong and available in Ireland), publicly nudity remains an offence, both under statute and common law. It is illegal for a man or a woman to expose themselves in a public place, including private lands seen from a public place. There are, therefore, no beaches officially sanctioned for the practice of naturism. If you want to strip off, according to the Constitution, you must do it at home — and not let your neighbours see what you’re at.

Should you still want to join the naturist community knowing that it’s slightly on the windy side of the law, here’s a run-down of some of Ireland’s beaches where, largely speaking, the authorities turn a blind eye. 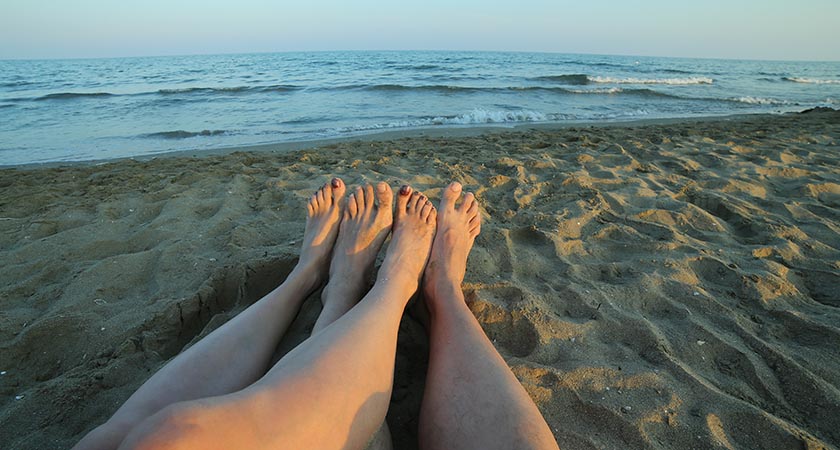 The Atlantic seaboard on the west coast of Ireland has some of the most beautiful beaches in Europe — the only thing that keeps people off them is the horizontal rain. You may think that going starkers on any Irish beach is something of a foolhardy quest — instead of stripping off you might be better donning Arctic gear. But if the sun does decide to shine and you fancy a bit of skinny dipping, the northern end of Kilkee Beach towards the cliffs is a traditional naturist spot.

Lough Greany has several beaches, but the one where you’ll be accepted if you’re in the buff is located across a shallow stretch of water towards the southerly end, with a certain amount of privacy guaranteed.

A fine sandy beach near the village of Donabate. The naturist area is a twenty-minute walk down the beach.

Immortalised in literature by James Joyce — this is the original ‘scrotumtightening sea’ — the Forty Foot used to be exclusively a men’s club, but is now frequented by women and children. By the way, it’s not forty foot deep, in case you’re scared of depths. The name possibly comes from a British Army regiment once stationed here, the 42nd Highland Regiment of Foot.

The naturist beach, which is long and sandy, is south of the main strand. It’s surrounded by fir trees and backed by an attractive dunes. Remember, however, Brittas Bay is not the loneliest beach in Ireland. This is the Bondi Beach of Dublin – day-tripping Dubliners fill the strand, and most of them won't be in the all-together. 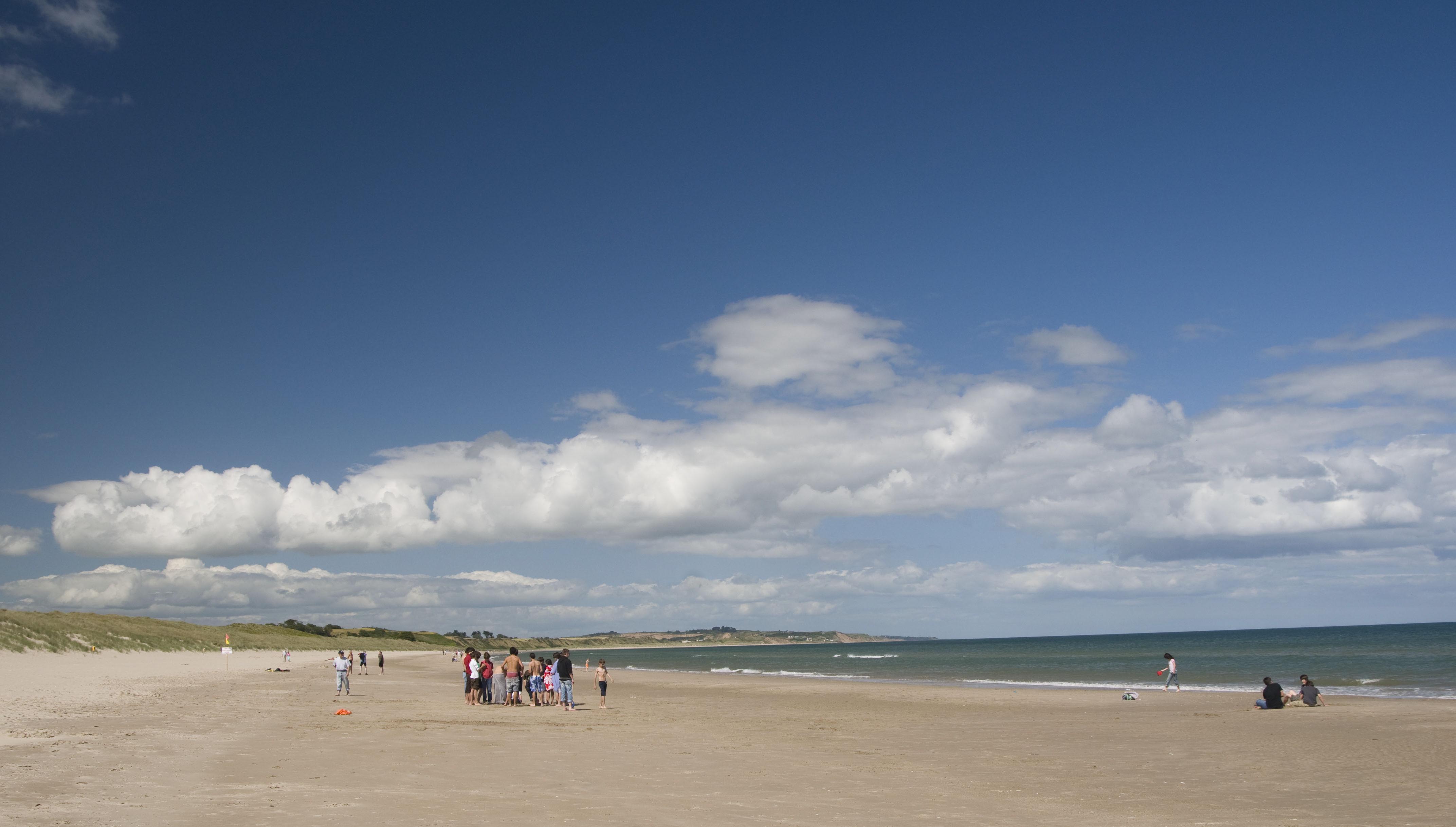 Curracloe Beach is where the opening shots of Saving Private Ryan were filmed. The naturist area is by the wooded shore, at the southerly end of the strand. Just make sure they aren’t filming another blockbuster before you strip off. It’s an easy step from Private Ryan to Private Parts.

A number of secluded beaches around Clonakilty Bay host occasional, but regular naturist outings. These include Dunny Cove, Sands Cove and Prison Cove.

Inch is some three miles of glorious strand just off the main Killarney to Dingle Road. The beach is basically a huge sand pit jutting into the sea between Dingle Harbour and Castlemaine Harbour, a fitting place for the film set location for Ryan’s Daughter. The nudist area is some two miles down the shoreline.

Surrounded by dramatic scenery, this beach is off the Galway-Clifden road. Naturists need to walk the full length of the beach until reaching a sandy cove barely visible from anywhere except a boat.

These are the 88 cleanest beaches in Ireland

Is this the best beach in Ireland? TripAdvisor thinks so as it reveals its top 10 for 2017