A BRITISH woman who spent a month on an isolated Irish island, with only six Connemara ponies for company is the subject on a new documentary film entitled The Island Project.

Filmmaker and horse trainer Emma Massingdale, from Bradbury in Devon, decided a year ago to take her Connemara ponies back to their roots on Ireland’s wild Atlantic coast.

Emma planned to use the remote landscape to train her two newest ponies, three year old Evenos and four year old Echo, who she purchased in May in Clifden, Connemara.

“What better place to do such an awesome challenge than the stunning homeland of the ponies. Waking up and living for a month with the breathtaking hills as a backdrop will remain with me forever, Ireland is a very special place.” 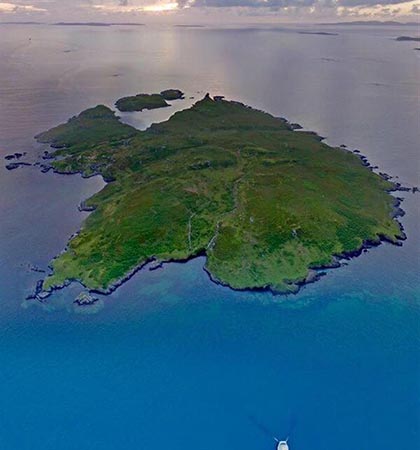 The uninhabited island of Freaghillaun South

Massingdale chose to spend a month on the 70 acre uninhabited and windswept island of Freaghillaun South (pictured right), in the Connemara National Park.

Scroll down to see pictures of Emma's Irish adventure...

There she recorded herself training the animals without the help of a bridle, saddle or other conventional pony training equipment.

During her month on the Ireland, Emma braved the harsh Atlantic rain sleeping at times in a tent, at other times in a cave.

She bathed in a plastic barrel, caught fish with a spear gun and picked cockles to bulk out diminishing rice rations she had taken to the island with her.

Determined to spend the time alone, much of the documentary footage she filmed herself using a number of handheld cameras and a GoPro.

I knew it was going to be solitary – I had only the ponies for company.

Aerial footage was filmed separately to capture the Island’s remote beauty, while Emma recorded her day to day progress straight to camera.

She described the project as "an Irish adventure".

“I wouldn’t have been able to do it without the generous help from so many in the area, and I’ll always be grateful,”

The Island Project is out now. The DVD is available to buy on Amazon.

Check out the gallery here: