Parknasilla, which is now a hotel, and welcomed its first guest in 1895

IT was 145 years ago that the Anglo-Irish poet Alfred Perceval Graves penned the famous ballad of Father O'Flynn.

The author, who was 29 at the time and working as a clerk for the Home Office in London, would later be credited with stirring up fresh public interest in the old folk songs of Ireland.

This year his family, who have long links with Ireland, are celebrating his legacy - which was central to the Irish literary revival. 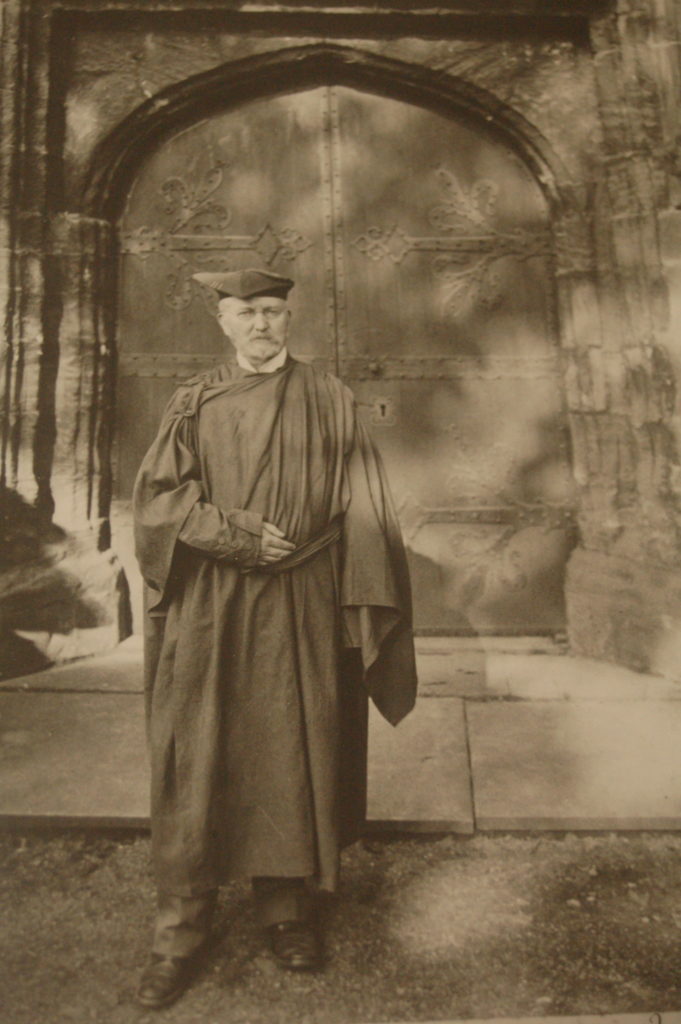 His grandson, Richard Perceval Graves, is a poet and biographer who lived for a time in Ballygarvan, not far from Cork.

Richard, of the digital marketing agency GWS Media in Bristol, England, which specialises in multi-lingual sites, has praised the work ethic and creativity of his grandfather

“My grandfather was an amazing man who managed to combine his duties as Inspector of Schools with a formidable literary output, including hundreds of poems and ballads of which Father O’Flynn is one of the very best.” 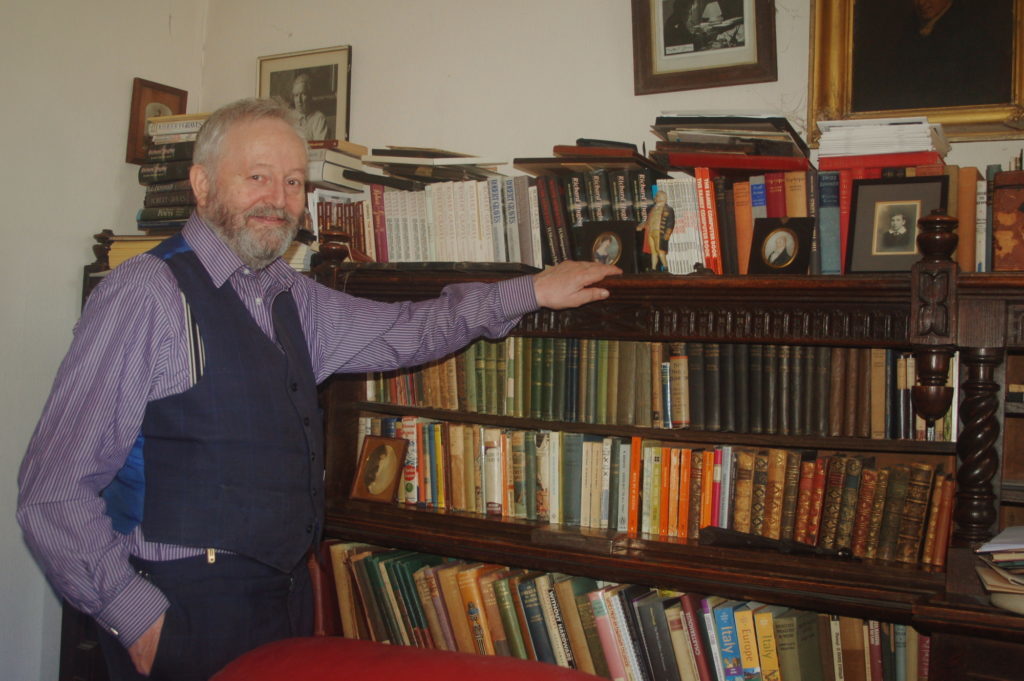 This well-known ballad has its origins rooted in Sneem, county Kerry, where Arthur’s family would stay at their summer home in Parknasilla every year.

Alfred's’s father was the Reverend Charles Graves, the Anglican Bishop of Limerick, Ardfert and Agadoe; and their holiday home became known as ‘The Bishop’s House’ – by which it is still known today.

Today it is at the site of a luxury hotel, which welcomed its first guests in 1895.

The ballad, which is written to the old tune The Top of the Cork Road, connects two local clerical personalities, one Protestant, the other Catholic.

Batt Burns, a Seanachie (storyteller) and Irish Studies teacher who grew up in Sneem, said such a friendship was ‘ahead of its time’.

He said: “This friendship would have been against the run of things back in the 1800s and they were ahead of their time.

“Fr Michael must have been quite a character to have inspired APG, who would have been a teenager then.

“Some details such as the name and location have been changed. It talks of Donegal, for example, rather than Sneem.

“This may have been for rhyming purposes or to protect Fr Walsh’s identity, so the church was not aware of all he got up to.” 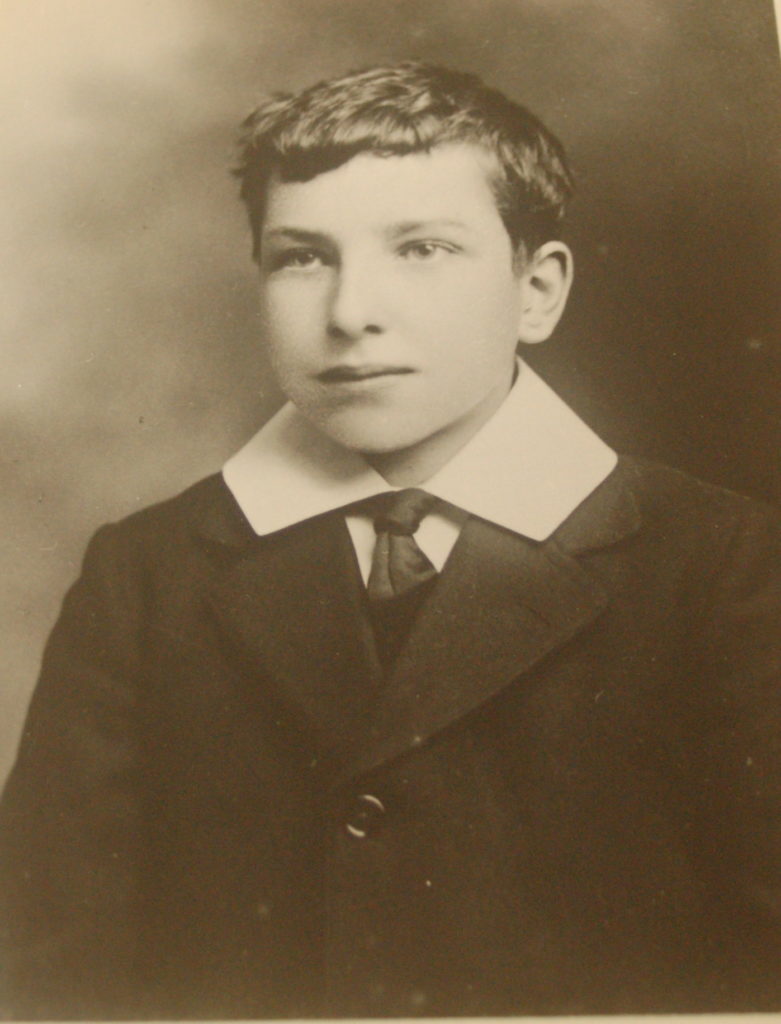 Robert Graves as a child

Burns, who worked as a school principal in Sneem and now tours at major storytelling festivals around the world, remembers listening to the song when he was growing up.

He said: “It was a popular old song and I liked the lilt of it. I believe Arthur was inspired after whistling a jig on the way to work and he decided to put words to it.”

The ballad has a rousing chorus:

Here’a a health to you, Father O’Flynn,

Burns added: “It is understood that the Graves family often hosted Fr Michael. It couldn’t have been the other way round, as Sneem was in extreme poverty at the time.”

APG, who had been president of the Irish Literary Society, also collaborated with Charles Stanford to publish Songs of Old Ireland (1882) and Irish Songs and Ballads (1893).

He wrote The Irish Fairy Book and contributed to many magazines, including the Spectator.

But APG, who was born in Dublin in 1846, sold the rights to Father O'Flynn together with 49 other songs for a lump sum of only £80 – though it made a fortune for the publisher and composer.

He subsequently (and not surprisingly) urged his son, Robert, the acclaimed First World War poet, not to sell the complete rights of any work.

It proved to be good advice and Robert earned substantial royalties from his writing, which included I Claudius and Claudius the God, from which a very successful TV series was made. 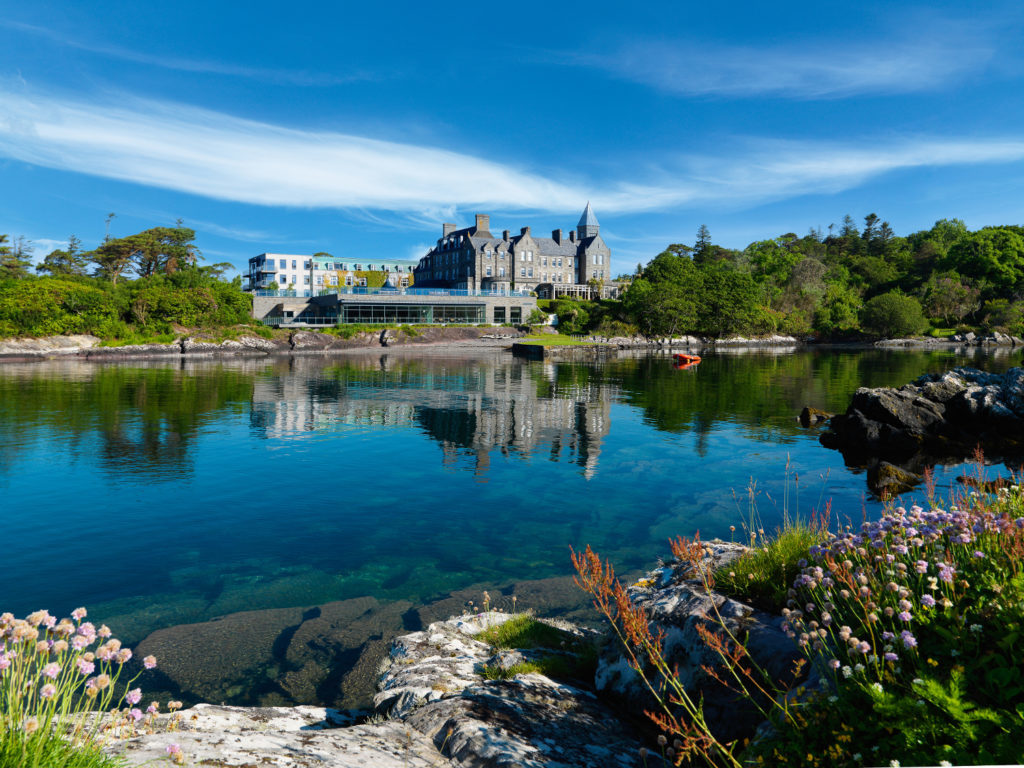 Parknasilla as it looks today

Robert, who like his father was a student of Irish mythology, visited their ancestral home in Limerick 100 years after Father O'Flynn was written. He made a point of visiting the Bishop’s burial place in the grounds of Saint Mary’s Cathedral.

This was during a four-day ‘Robert Graves at 80’ tour when he was also the guest of honour at a poetry seminar held in University College Cork (UCC).

Throughout the generations, the Graves family has celebrated the Irish language. The Bishop, who was also a Fellow of Trinity College Dublin, was famous for having deciphered the so-called Ogham inscriptions on ancient stone monuments.

The Bishop once wrote: "The history of our country and its language has especial claims on our consideration unless we choose to renounce the name of Irishmen."

He also wrote My Father’s Home – Parknasilla of the Palm Trees and talked about the family history.

Alfred’s son Charles Patrick Ranke Graves (1899 to 1971) wrote for national newspapers and published 46 books, including Ireland Revisited - where he takes the reader on an informative and humorous tour of Ireland.

The literary DNA is strong in the Graves’s bloodline - with 500 works published by 30 members of the family across the generations.

Richard adds: “My uncle Charles used to say only half-humorously that if only the Graves family hadn’t taken to writing, there would be far more trees left in the world."