Eileen Gray – one the greatest designers of the 20th century

DESCRIBED as a “leading pioneer of Modernist design”, Eileen Gray is today widely regarded as one of the most influential architects and furniture designers of the 20th century.

And yet, despite being as talented as Le Corbusier, Mies van der Rohe and Marcel Breuer she was largely brushed to the side during her lifetime, or overshadowed by her male peers.

After her death in 1976, she almost vanished from history altogether.

That all changed in 2009, when an armchair designed by Gray came up for auction at Christie’s in Paris.

The small chair was only expected to reach around £3million. The brown ‘dragon chair’ had belonged to the iconic fashion designer Yves Saint Laurent, and when it sold for more than six times the estimate (£19.4million), it became one of the most expensive pieces of 20th century design to ever be auctioned.

In March this year, a film about Gray’s life entitled The Price of Desire was released and his month, for the first time ever in Britain, an exhibition of her lesser-known paintings and photographs from the 1920s-1960, as well as some of the artist’s personal ephemera and letters will be on display in London.

To coincide, a new book, Eileen Gray The Private Painter, written by her close friend German-born filmmaker and author Peter Adam and Andrew Lambirth will also be published. 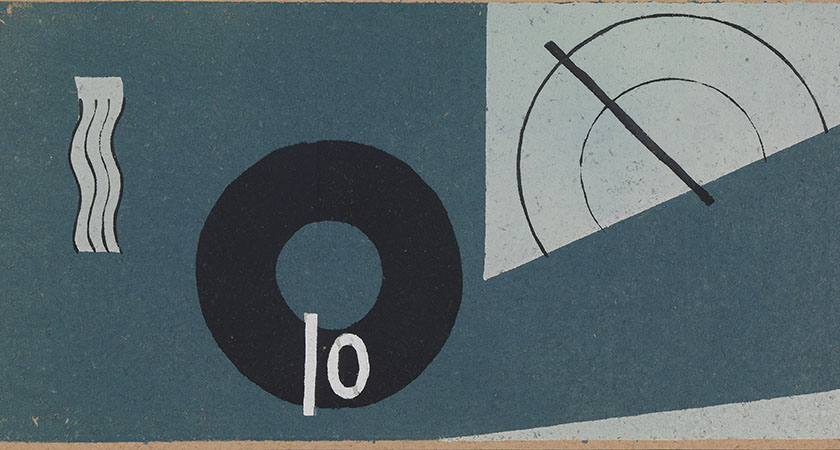 Born Kathleen Eileen Moray Smith, near Enniscorthy, Co. Wexford on August 9, 1878, Gray came from an aristocratic family and was the youngest of five children.

After her father’s death in 1900, Eileen, accompanied by her mother, Baroness Gray, visited the L’Exposition Universelle and thus began her love of Paris.

She spent her childhood in London and was among the first women to be admitted to the Slade School of Fine Art in London, where she took up painting in 1898 before undergoing an apprenticeship in a London lacquer workshop. The experience she gained in working in this highly specialised medium was to influence her profoundly when she moved to Paris in 1902.

Scroll down to see a selection of Gray's paintings and photographs...

In Paris, Gray’s bohemian life began in earnest. She he had an affair with the music hall singer and actress Damia, and later with the architect Jean Badovici. Badovici encouraged Gray to take up architecture and she did, building a villa for him in the Côte d’Azur known as E1027. 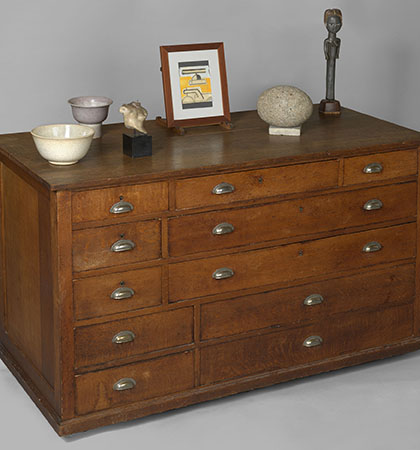 She completed the project in 1929 and it has been described as a “pioneering and accomplished work of the modern movement in architecture”. The house was filled with Gray’s inventive and original furniture. It is open to the public today.

After further training in lacquer work and cabinet making, she quickly established herself as one of the leading designers of the lacquered screens and decorative panels so beloved by the followers of art deco, and even managed to cause a riot by showing a stark white lacquered boudoir at the 14th Salon des Artistes Décorateurs in 1923.

In 1922 she opened her own gallery, Jean Désert, in Rue du Fauborg Saint Honoré as an outlet for her designs.

During the 1920s and 1930s she became one of the leading exponents of the revolutionary new theories of design and construction. She worked closely with many of the outstanding figures of the modern movement, including Le Corbusier and J.J.P Oud.

Well to the fore of the group she exhibited chrome, steel tube and glass furniture in 1925 — the same year as Mies van der Rohe and Marcel Breuer and well before Le Corbusier.

The furniture was used in Eileen Gray’s own interiors, the most celebrated of which was that completed in 1922 for the famous modiste, Madame Mathieu-Lévy (better known as Suzanne Talbot). Her interior design schemes of the period seem both modern and stylish even today.

A new book on Eileen Gray: The Private Painter, written by Peter Adam and Andrew Lambirth published by Lund Humphries will be published to coincide with the exhibition.