DID YOU know that Hitler’s brother used to work in The Shelbourne hotel in Dublin?

What about Isolde’s Tower, have you heard of the 13th-century structure discovered in the 1990s in Temple Bar, complete with the skulls of young men displayed on spikes?

With the speed that people move around Ireland’s capital city, whether locals or visitors, most will have missed such interesting insights to its history.

Dublin Strolls - the latest Dublin city guidebook to hit the bookshelves - promises to remedy that.

Kildare-born authors Gregory and Audrey Bracken are the brother and sister duo who have poured their love of travel, heritage and architecture into this city guide.

Scroll down for ten weird and wonderful facts from the book...

It follows their previous titles for London, New York, Paris, Bangkok and Hong Kong, among others, and boasts easy-to-follow walks, architectural insights and coverage of landmark buildings and a host of little-known facts about Dublin’s buildings and streets.

“As we rush around Dublin city, we tend not to spare a second thought for the buildings that form the familiar background to our days,” say publishers The Collins Press.

“However, each of these spaces has its own fascinating history; many have borne witness to iconic events, and most have been home to intriguing characters.”

They add: “Our capital city is the perfect size to walk around, and this guidebook invites visitors and curious locals alike to emulate Joyce’s Leopold Bloom in strolling through the streets.”

Here are ten great facts taken from the book: 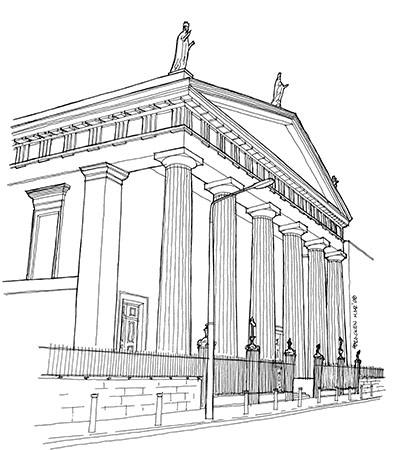 Lord Ardilaun insisted the bandstand in Stephen’s Green be located where it is so that the music would annoy his brother, Lord Iveagh, who lived across the road in Iveagh House.

Before becoming home to the remains of prominent Catholics, the vaults of the Pro-Cathedral were used by the Inland Revenue to store spirits.

The watchtowers on the walls of Glasnevin Cemetery are not decorative but were built to guard against body snatchers (these were hired by surgeons in the days before bodies could be donated to science so they could practise their skills).

4. No nation needed a mental hospital more than Ireland, apparently

St Patrick’s Hospital was set up with a bequeath from Jonathan Swift; his will stipulated that the funds be used to set up a mental hospital, saying: ‘no nation needed one quite so badly’.

5. The crypt of Christ Church Cathedral was once rented out as a tavern

The crypt of Christ Church Cathedral used to be rented out to shops and taverns, some of which were so notorious that the small gateway leading to them was nicknamed ‘hell’.

6. What happened to the Irish Crown Jewels?

The Irish Crown Jewels disappeared from Dublin Castle under bizarre circumstances in 1907 (involving a secretive clique of aristocratic homosexuals, including Frank Shackleton, the ne’er-do-well brother of explorer Ernest Shackleton); they were never recovered.

The royalties from My Fair Lady (based on George Bernard Shaw’s play Pygmalion) were bequeathed to the National Gallery and have helped keep it going since his death in 1950. 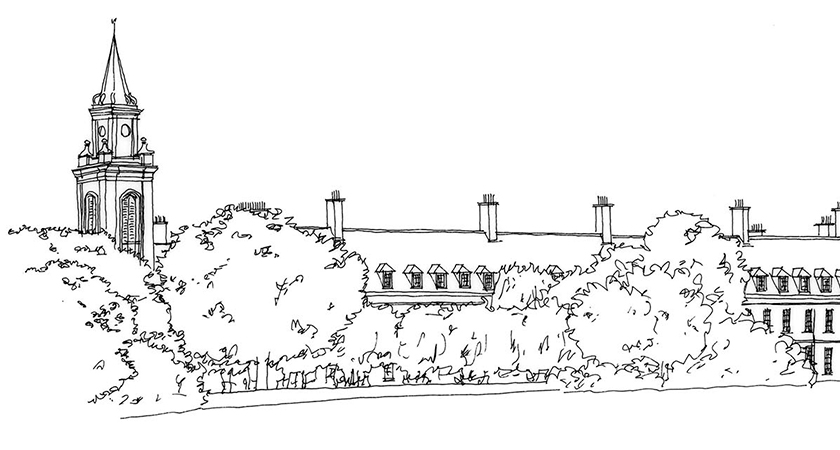 8. One of Ireland's first ever photographs was taken at an Irish jail

One of the first photographs ever taken in Ireland was at Kilmainham Gaol: it shows the leaders of the 1848 rebellion, Thomas Francis Meagher, William Smith O’Brien and Patrick O’Donoghue.

9. Sir Winston Churchill lived in Dublin as a child

Sir Winston Churchill lived in the Phoenix Park when he was a child in the 1870s. His father, Lord Randolph Churchill, was Private Secretary to his own father, the Duke of Marlborough, then Lord Lieutenant. 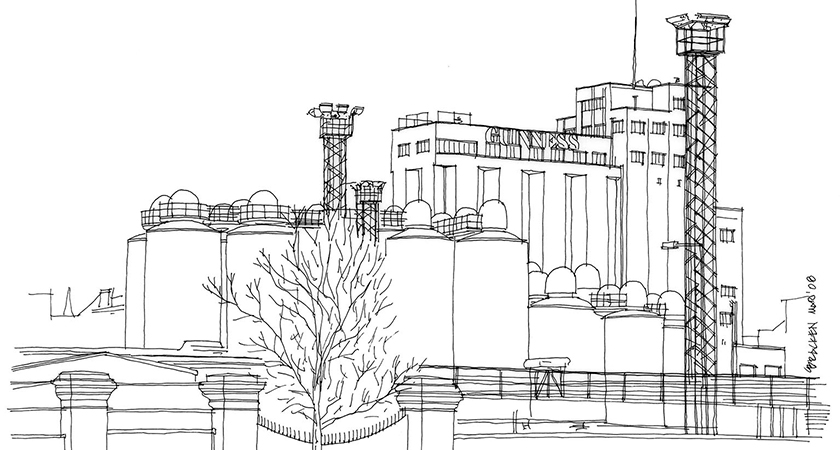 Arthur Guinness must have had a lot of confidence in his brewery when he took out the lease on St James’s Gate in 1759, since he preferred not the more usual 99-year lease, nor even a 999-year one – he took out a 9,000-year lease.

See some of the illustrations from the book below:

Eileen Gray – one the greatest designers of the 20th century