Spreading the word via Twitter, the Irish sector of the global campaign to stop the next mass extinction notified their Irish members of the planned activities, which includes a ‘Die In’ in Cork city.

The Die In is a staple of Extinction Rebellion’s peaceful demonstrations, used to represent the catastrophic consequences of rising sea waters and melting ice caps, which will leave our planet’s inhabitants with no way to survive. 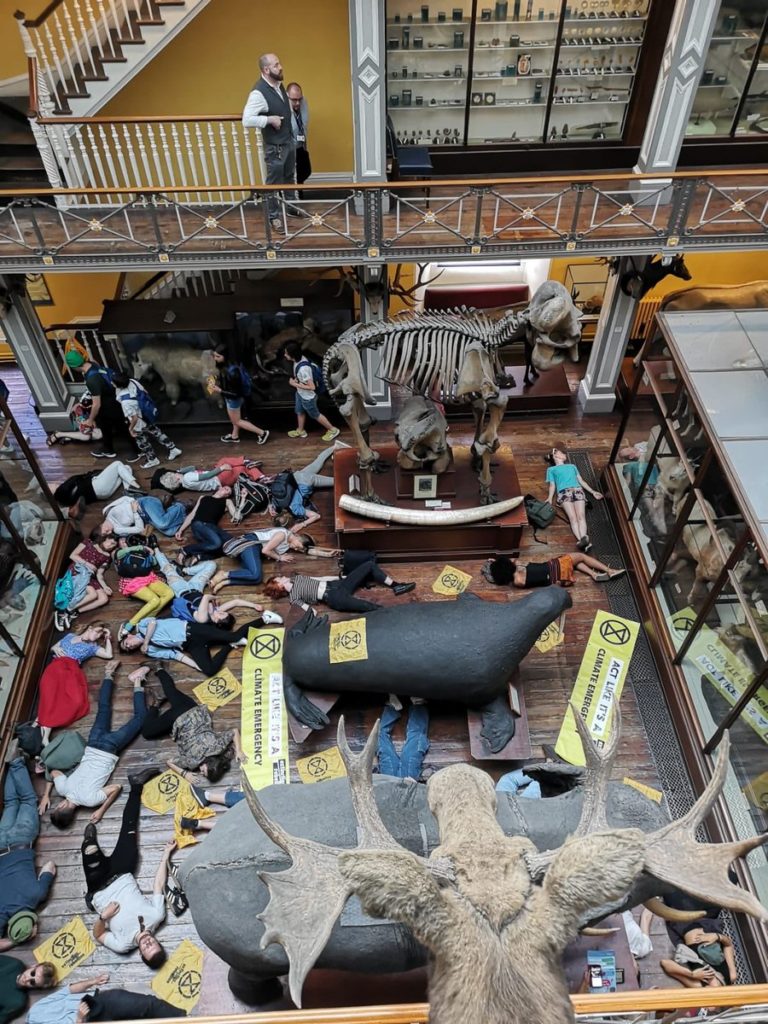 The demonstration will take place in City Hall, Cork at 12pm today, followed by a lecture in University College Cork entitled ‘Heading for Extinction’.

Plans in the capital include a vigil for the victims who have already lost their lives due to climate disasters worldwide, such as ever-increasing flooding and wildfires, which have been attributed to climate change by activists and scientists alike.

Attendants have been advised to wear black and bring candles, guaranteeing a solemn, eerie demonstration. This will take part at 4.30pm on Grafton Street and is followed at 5.30pm by the ‘Love Without A License’ event, which will involve food, drink and entertainment.

Vigil for the victims of climate disasters worldwide @ 4:30pm
Grafton st (wear black and being candles)

Ireland has recently admitted a climate change emergency, with a significant part in the decision owing to the relatively new movement.

The organisation, founded by 16-year-old Swedish activist Greta Thunberg, has come under fire in the past for inconveniencing motorists and commuters. But it’s important to keep this in context, considering they are literally trying to save the planet.