AH, the good old Irish worry. I was having one of those a few weeks ago. You know the type.

Some people call it fretting but there’s more to it than that. It’s more long form than a simple fret. I’m talking about the kind of worry where you work away on it for hours on end: get side-tracked and then question yourself with a kind of, ‘hang on a minute, what was I meant to be worrying about?’

So there I was in a hotel room in Leeds, in the throes of this ‘worry’, panicking about my podcast, An Irishman Abroad. It’s my weekly interview with different Irish people where I go and hear their inspiring stories.

Then, out of the corner of my eye, I spotted a book on the table under a pile of junk I’d emptied from my bag. I’m not into serendipity or “signs” but the cover of the book simply said 'Fail Better' and it resonated with me in that moment.

The stories of all the Irish people I had spoken to had, without exception, been about how they learned or moved on from their darkest moments. The person who had given me this book was Sonia O’Sullivan. Her story of failing to win gold in a major championships was one of the short stories within this pocket book.

I picked up the book and the first page I opened it to was the story of Jane Ní Dhulchaointigh. I had never heard of her either, but I was so swept up in this moment that it felt pre-destined. I devoured her story in a minute and went online straight away to learn more.

Jane Ní Dhulchaointigh invented a material known as Sugru. One of her customers described it perfectly as “the love child of superglue and play-doh”. It’s a silicone based substance that comes in a small sealed foil packet that lets you fix, mend, enhance or add to any existing item in your home. 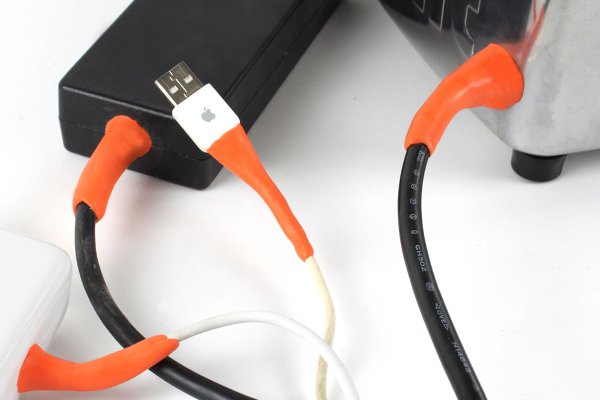 Sugru is great for mending dodgy connections on cables

With it in your kitchen drawer you will never need to throw out a pair of scissors with a broken handle, an iPhone charger with a dodgy connection at the plug or a microwave with a missing knob. You use Sugru to make, fix or enhance what’s wrong with the things you use every day. Just take it out and, as if you were back in school using plastercine/mála, you make it yourself — exactly the way you like it.

How did she do this? Is she a lab coat-wearing materials science nerd? Nothing could be further from the truth.

Jane and the story of how this product became a multi-million dollar business is all about the cliché ‘one per cent inspiration, 99 per cent perspiration’. Sugru was named by Time Magazine as one of the best inventions of the 21st century (some 10 places ahead of the iPad) and sells units in vast quantities all over the world.

It’s a story of doors being shut; pre-conceived ideas being shattered; expectations being dashed and triumph emerging on the other side because of hard work and unshakeable belief.

Jane believes that failure is an essential part of the road to something great. It’s a belief that says, if we are willing to learn from what failure teaches us and identify its importance at certain moments, it can almost be the best element of our journeys.

Two minutes after reading her story I sent Jane an email asking her if she’d be willing to share her journey with the listeners of the Irishman Abroad podcast. This week I travelled to Hackney and met her at Sugru’s headquarters.

For an hour we sat and spoke about the stigma attached to failure in the world, how this substance known as Sugru had not only enabled people to unlock their creativity but also helped individuals who were missing limbs to adapt things to make their lives better and in one case trek to the North Pole.

Over the course of our chat I think I came to realise that a lot of those long Irish worry sessions I tend to do are a product of a fear of failure. That fear is paralyzing and never produces anything but inactivity. You never hear anyone say “the crucial component in my success was the amount of worrying I did”.

So thanks to Jane Ní Dhulchaointigh, and to some extent Sonia O’Sullivan, I’m going to try to stop doing it. The entire conversation with Jane is there for you to listen to on iTunes. How much is it? It’s free, don’t worry about it.

Listen to Jarlath Regan’s podcast with Jane Ní Dhulchaointigh on his An Irishman Abroad series available for free on iTunes. Buy Sugru at www.sugru.com