MYSTERIES hold a strange magnetism, the very fact they are unsolved being part of their abiding fascination. High-profile cases like the identity of Jack the Ripper, the disappearance of the Mary Celeste’s crew and the existence of cryptids such as bigfoot have intrigued us for decades, however some lesser known mysteries, with an Irish link, are just as absorbing… 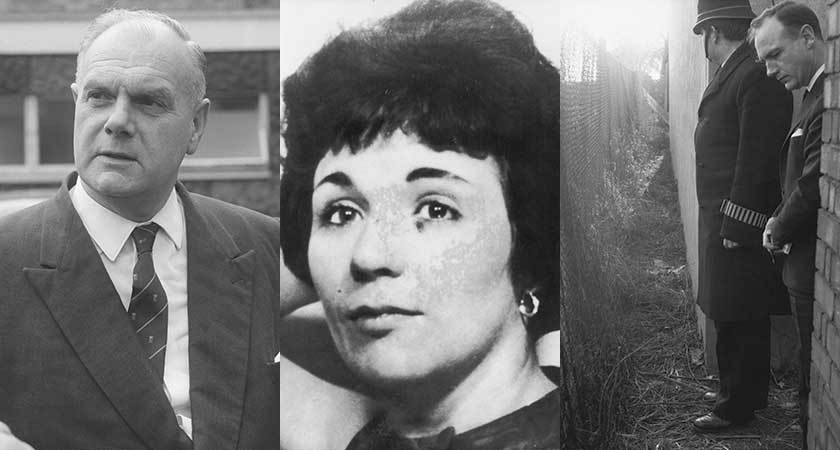 Almost 80 years after Jack the Ripper, another phantom-like serial killer terrorised London before vanishing almost as suddenly as he had appeared.

Jack the Stripper was named for his Victorian predecessor as he also targeted prostitutes, while his victims were found wearing only stockings. In the space of a year beginning in February 1964, the Stripper strangled or choked to death six women in Hammersmith, with two earlier murders also inconclusively attributed to him.

Jack the Stripper's last victim was Irish woman Bridget ‘Bridie’ O’Hara, whose body was found on the Heron Trading Estate in Acton. Like some of the Stripper's other victims, some of her teeth had been removed.

After the discovery of O’Hara’s body, Detective Superintendent John Du Rose claimed, possibly mendaciously, to have whittled the list of suspects down to three in a bid to put pressure on the killer.

He later claimed his favourite suspect was a security guard at the Heron Trading Estate, who committed suicide a month after the discovery of O’Hara’s body and left a note saying “I can’t stick it any longer”.

Other theories have pointed the finger at two senior Met Police officers, convicted murder Harold Jones and British boxing champion Freddie Mills, but no one has ever been charged and O’Hara proved to be the Stripper’s final victim. 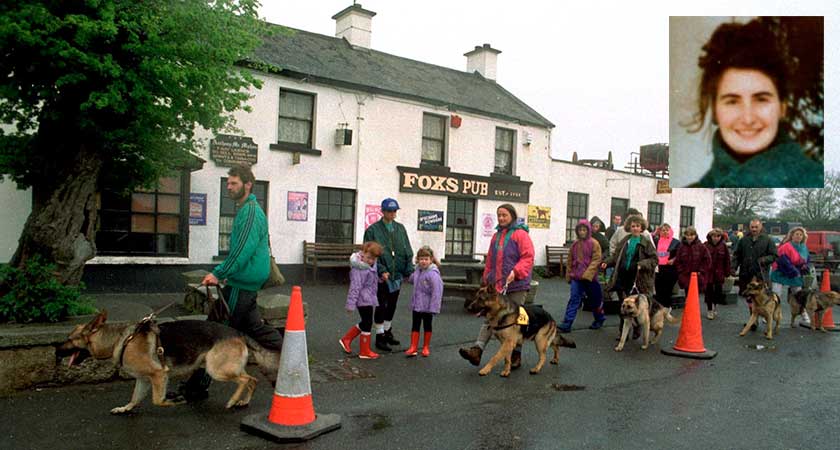 The Dublin Mountains are beautiful and bucolic, but their tranquillity may harbour a dark secret. In the 1990s, eight women disappeared in Leinster, leading to theories that a serial killer was operating in the area — now dubbed the Vanishing Triangle — and was disposing of their bodies in the mountains.

The first to disappear was 26-year-old American student Annie McCarrick, who was last seen leaving Johnnie Fox’s pub in Glencullen on March 23, 1993.

The last — and most perturbing — was 18-year-old Deirdre Jacob, on July 28, 1998. Home from her teacher training studies at St Mary’s in Twickenham, she had run errands in Newbridge town before heading home and was last spotted at 3pm just yards from the family home in Roseberry.

As recently as August, gardaí carried out a dig at Balmer’s Bog in Dundalk in the hope of finding Ciara Breen, who went missing on February 13, 1997 aged 17.

Larry Murphy, convicted in 2001 of the rape and attempted murder of a woman in the Wicklow Mountains, was interviewed in relation to the disappearances of McCarrick, Jacob and Jo Jo Dollard, who went missing while hitch-hiking on November 9, 1995, aged 21.

Remains found on Killakee Mountain in September 2013 — not far from where McCarrick disappeared — offered some hope of closure but were later identified as those of Elaine O’Hara, who went missing from Dublin a year earlier. Graham Dwyer, with whom she was in an on/off secret sexual relationship, was sentenced to life for her murder this year.

Despite regular tip-offs to gardaí, no one has been charged in any of the Vanishing Triangle disappearances and no trace of the women has been found in what is one of Ireland's most chilling unsolved mysteries. 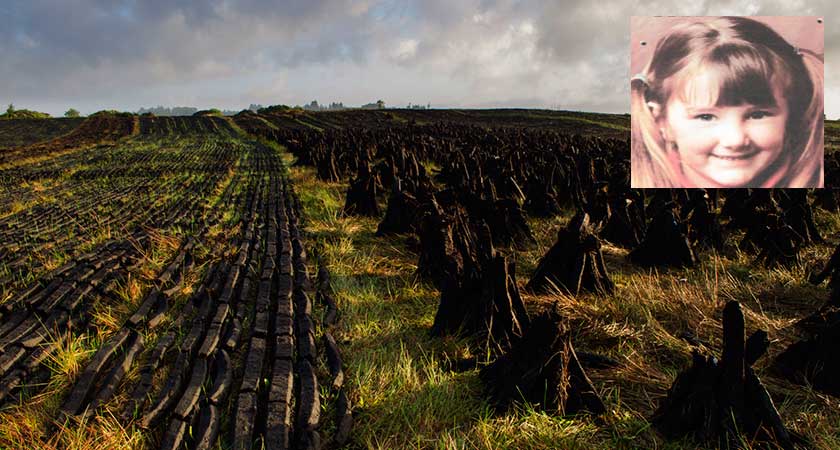 St Patrick’s Day is a time of celebration in Ireland but that time of year will always hold painful memories for the Boyle family. For the national holiday in 1977, six-year-old Mary Boyle and her family visited her grandparents’ house in Cashelard, Ballyshannon, Co. Donegal.

On March 18, at 3.30pm, Mary followed her uncle to a neighbour’s house 500 yards away but halfway across the marshy field, she headed back towards her grandparents’ house. She was never seen again and is now Ireland’s longest missing person.

Last year a convicted sex offender was arrested at the Midlands Prison for questioning but was released without charge. However Mary’s twin sister, Ann Doherty, believes Mary was murdered by someone she knew.

Ann is being supported in her campaign for justice by singer Daniel O’Donnell’s sister Margo and both women gave statements to gardaí in Dublin in October alleging the identity of the killer.

Journalist Gemma O’Doherty, who is working with the women, wrote ahead of the interviews: “Ann Doherty will allege that on a number of occasions she was told the identity of the killer by a person close to her, but neither that person nor the suspect have ever been arrested.”

Speaking on Ocean FM, Ms O’Doherty added: “I have been informed… that there was political interference and that a politician interfered to the extent that certain individuals were not to be considered suspects in this case.”

Taoiseach Enda Kenny has now agreed to meet with Ann. Digs in 2011 and 2013 failed to yield any evidence and no trace of Mary has ever been found. 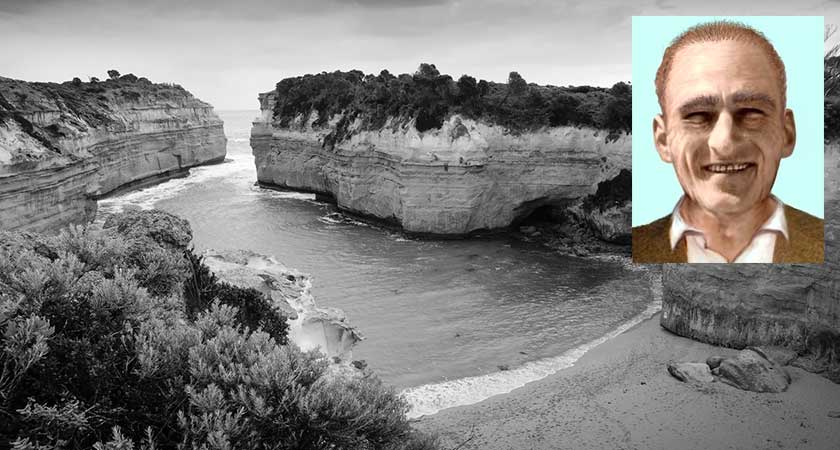 Loch Ard Gorge where the bodies of the Crawford family were found and inset, a 2008 age-progressed image of Elmer Crawford (Pictures: iStock/Victoria Police)

Elmer Crawford has certainly been around the world, but it’s his current whereabouts that are of most interest.

Elmer was born in Canada in 1929 to an unmarried mother from Derry. After being raised by his grandparents back in Maghera, he emigrated to Australia in 1951, where he married and raised a family.

In 1970, a car was found at the bottom of a cliff at Loch Ard Gorge in Port Campbell, Victoria, 150 miles from Elmer’s home in Glenroy, Melbourne. It contained the bodies of Elmer’s wife Therese and the couple’s three children — Kathryn, 13, James, 8, and Karen, 6.

An inquest found that Elmer had electrocuted his pregnant wife and two eldest children, and also beat the three children before putting the bodies in the car and rolling it off the cliff to make it look like a murder-suicide on his wife’s part.

It is theorised Elmer planned to clean up the crime scene at his home before reporting his wife and children missing. However as the car landed on a ledge rather than falling into the sea, police were quickly on the case and the car was traced to Elmer, forcing him to abandon his plan to clean up the bloody crime scene and flee instead. Elmer has not been seen since.

There were credible sightings in Western Australia in 1994, which police believe were genuine.

In 2010, facial recognition experts from Victoria police and the FBI believed an unidentified man who died in Florida five years earlier was Elmer, however a DNA test ruled this out and one of Australia's most frustrating mysteries remained unsolved. If still alive, Crawford would be 86. 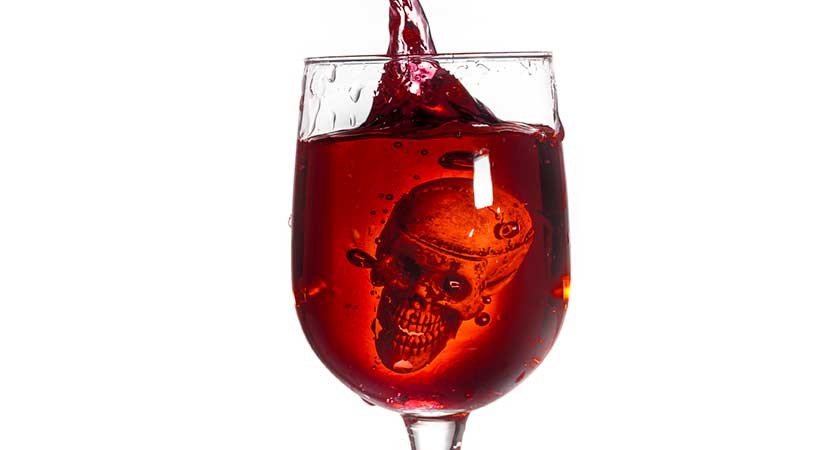 Joseph Michael Maloney was born in Rochester, New York in 1935. Although separated from his wife, June, since March 1967, the couple held a fifth birthday party for their son on May 27 that year.

It was here that Joe allegedly spiked his wife's drink with methyl alcohol and June died nine days later. Arrested and charged with murder, Maloney asked to be committed to Rochester State Mental Hospital for psychiatric evaluation.

His request was granted, but unbeknownst to authorities, he had previously worked at the hospital and was familiar with the layout, escaping two weeks later.

Fast-forward to Dublin 1973 and gardaí make a routine call to a burglary at the home of barman Michael O’Shea. Taking fingerprints from the crime scene, as well as O’Shea’s for elimination purposes, they are stunned to discover that O’Shea’s match those of Maloney from an FBI file on Interpol.

Unfortunately a legal technicality meant his extradition was overturned by Ireland’s Supreme Court and in June 1986, O'Shea — who always denied he was Maloney — walked out of prison. The man gardaí had been watching for over a decade was never seen again.

Check back next week for another five unsolved Irish mysteries