THE playwright Hugh Leonard first brought the concept of the Irish mammy to a British audience with his 1970s comedy Me Mammy — starring Milo O’Shea.

The idea has been reinforced with Brendan O’Carroll’s Mrs Brown’s Boys, which against all odds has become a comedy sensation in Britain.

Everyone now knows about the Irish mother — even though few watching Mrs Brown would know that Brendan O'Carroll's mother Maureen, the inspiration for the mammy, was Dáil Éireann’s first woman Labour TD.

It’s also a fair bet that not many people watching the comedy are aware that the following can all claim an Irish mother — there's enough material here to make several series on that wonderful figure, the Irish mammy. 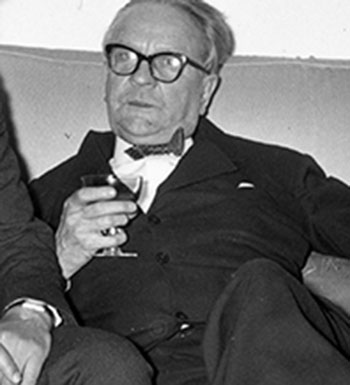 Raymond Chandler, the thriller writer, was born in Chicago. But after Chandler's family was abandoned by an alcoholic father, his Irish mother moved them to London.

During this time, an uncle, a successful lawyer in Waterford, supported them, and the young Chandler was brought up in Dulwich.

According to his biographer Tom Williams, Chandler, an only child, was devoted to his mother to an “unhealthy” degree.

Ah come on, now Tom, that’s enough of that nonsense. We all love our Irish mammies. 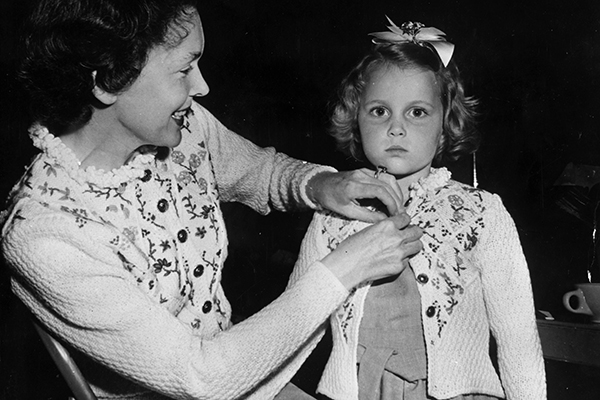 One of Maureen’s best-known roles was Jane in the Tarzan movies — Jane, swinging through the trees in skimpy leopard skin was perhaps not everyone’s idea of what an Irish mammy should look like, nor how she should dress. 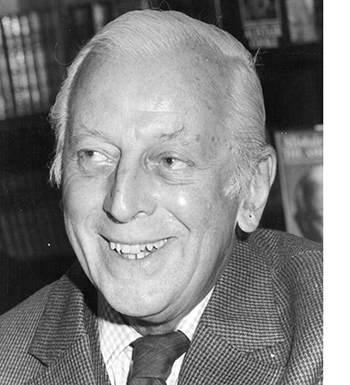 The Letter from America man - but did he write home?

Alistair Cooke, radio broadcaster and journalist, described himself as a “Lancastrian Irishman” — his mother was from Co. Sligo.

Alistair was most famous for his Letter from America series on BBC Radio 4.

Let’s just hope he had time — in between interviewing some of the heavyweight statesmen of the day — to write a letter home to his Ma saying, yes, he was making sure he changed his underpants, and yes, he was drinking plenty of milk, and not catching his death of cold. 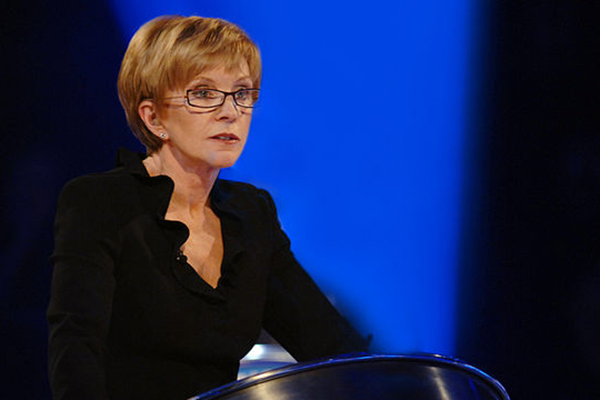 Television presenter Anne Robinson, the "Queen of Mean" has roots in the North of Ireland. Her mother Anne Josephine Wilson from Fermanagh was the manager of a market stall. This could be the origins of Anne's combative style. 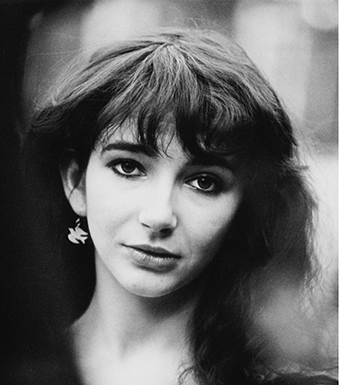 Kate Bush — the songstress with a Waterford mother

The daughter of Hannah Daly from Waterford, Kate was brought up with her older brothers, John and Paddy. A major influence on Kate’s work was someone, coincidentally, who had an Irish daddy, Emily Brontë. In a further coincidence, Kate and Emily were born on the same date, July 30, albeit separated by exactly 140 years.

“Events, dear boy, events,” as Prime Minister Harold Macmillan once said to a colleague who asked him what could possibly go wrong with a particular Conservative course of action.

Cecil Parkinson, a minister in Margaret Thatcher’s cabinet, could give chapter and verse on the topic. He was destined for the top job, until events, dear boy, intervened. An affair with his secretary was revealed, and his career never recovered.

Despite his swift rise in the Tory Party, Parkinson was not a dyed-in-the-wool Englishman. His mother was a Catholic from nationalist west Belfast, burnt out of her home by loyalists in the 1920s. 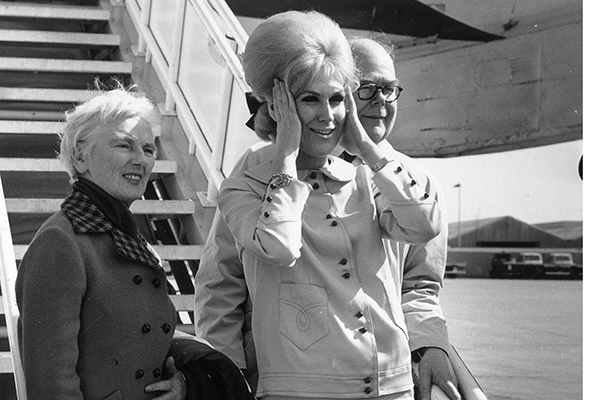 Mrs O’Brien’s two kids Mary and Tom were two thirds of the phenomenally successful group The Springfields. Mary, aka Dusty, sadly died when aged only 59. Tom, who is 81, became a successful songwriter and producer after his departure from The Springfields.

The mammy has landed! Author Jack Higgins, born Harry Patterson, was brought up in Belfast, his mother's home town. His novel The Eagle Has Landed has sold more than 50million copies. The writer takes his nom de plume from his Irish uncle Jack, and his mother’s maiden name. 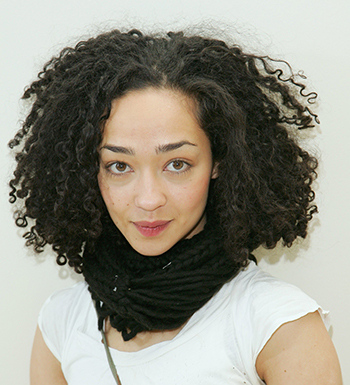 Actress Ruth Negga was brought up in Limerick

The actress was born in Addis Ababa, in Ethiopia in 1982 to an Irish mother and an Ethiopian father, and lived in the country until she was four.

The family then headed for Limerick where Ruth grew up.

Iain Duncan Smith has so far been the only Catholic to serve as Conservative Party Leader.

His mother Pamela was a ballerina from Co. Cork, although sadly Iain never showed much in the way of adept footwork while Tory Party leader.

But by way of compensation, through Pamela's grandfather, IDS is a distant relative of George Bernard Shaw. 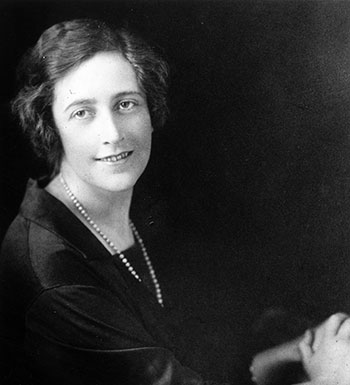 The Queen of crime writers had a Belfast mother

Whether the culture of Belfast ever rubbed off on Agatha is hard to say.

None of her books boasts an Irish theme or character, although Detective Poirot does tend to have a few Irish mammy traits like saying, “Do you know who’s dead?” or nagging people throughout  their meals.

And what Irish meal could be complete without your Irish mammy nagging you gently throughout? So maybe Agatha Christie’s Irish mammy’s DNA did come shining through.

The man who was beaten by Nookie Bear in the talent show New Faces (a sort of early X Factor) has spent his career specialising in politically incorrect jibes, including anti-Irish jokes. But his mother Betty was Irish-born, growing up in Woolwich. 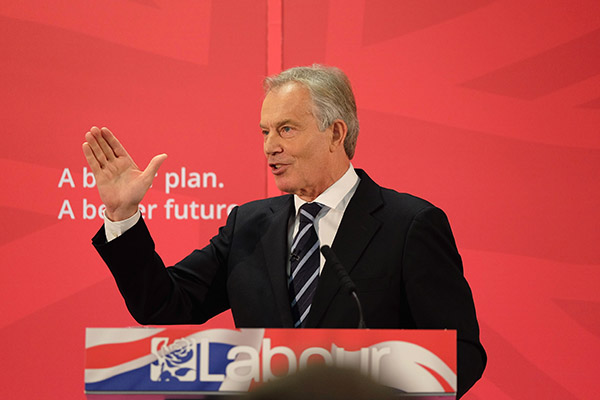 Donegal has produced an astonishing numbers of entertainers and celebrities including Rory Gallagher, Bridie Gallagher (no relation), Daniel O’Donnell, Enya. It was also the home of Hazel Corscadden from Ballyshannon, Tony Blair’s mother. 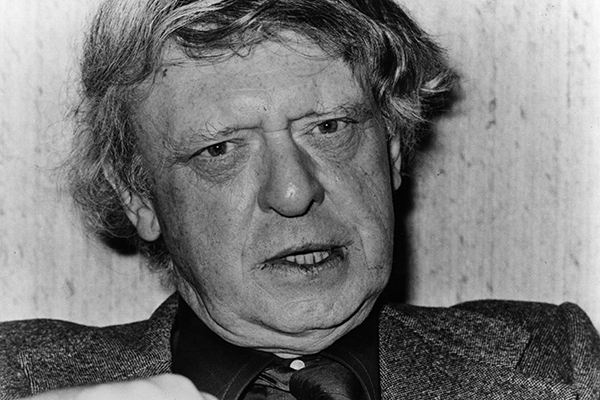 Anthony Burgess — brought up in an Irish pub in Manchester

The novelist and creator of A Clockwork Orange had an Irish step-mother, Margaret Dwyer, a pub owner in inner Manchester. She married Anthony’s father Joseph, also a Catholic — so Anthony could make the boast later in life that he was brought up in the true religion and a pub.

7 celebrities with Irish roots who you didn't know were vegan