FOR over 40 years Christy Dignam and his band Aslan have been a mainstay of the Irish music scene.

Breaking through with their demo single This Is, released in the Spring of 1986, they followed up with their album Feel No Shame, which went to number one in the Irish album charts.

The band have gone on to produce a total of six studio albums and continue to tour Ireland, the UK and further afield.

But it hasn’t all been plain sailing.

In 1988, at the height of their fame, and at the end of an American tour, frontman Dignam was sacked from the band – both for his lack of contribution and well-documented heroin usage.

It was 1993 before they would reunite and continue to bring their much-loved music to the world.

Speaking to The Irish Post this week, Dignam reflected on the period of his life where drug and heroin addiction got the better of him.

He admits that from a young age he always felt a “gnawing hole” inside of him.

"I never felt high on heroin, it made me feel normal. It allowed me to deal with life." he says.

“When you got up in the morning you could not do anything until you got the heroin into ya, that’s the kind of way I operated.

“It was kind of like being on a hamster wheel.

“Imagine you are on a wheel and the wheel is spinning along, you take the heroin and it slows it down, you can deal with life, but as the heroin wears off, the wheel starts getting faster until its spinning again, until you need heroin again".

He adds: "I was also self-conscious and would not have the confidence to walk into a shop.  I have always felt very self-conscious, even when we were going to England with the band.  I thought the people we met were very informed and would know more about being in a band than I did.

"I thought, you're only from Finglas, I had this inferiority complex". 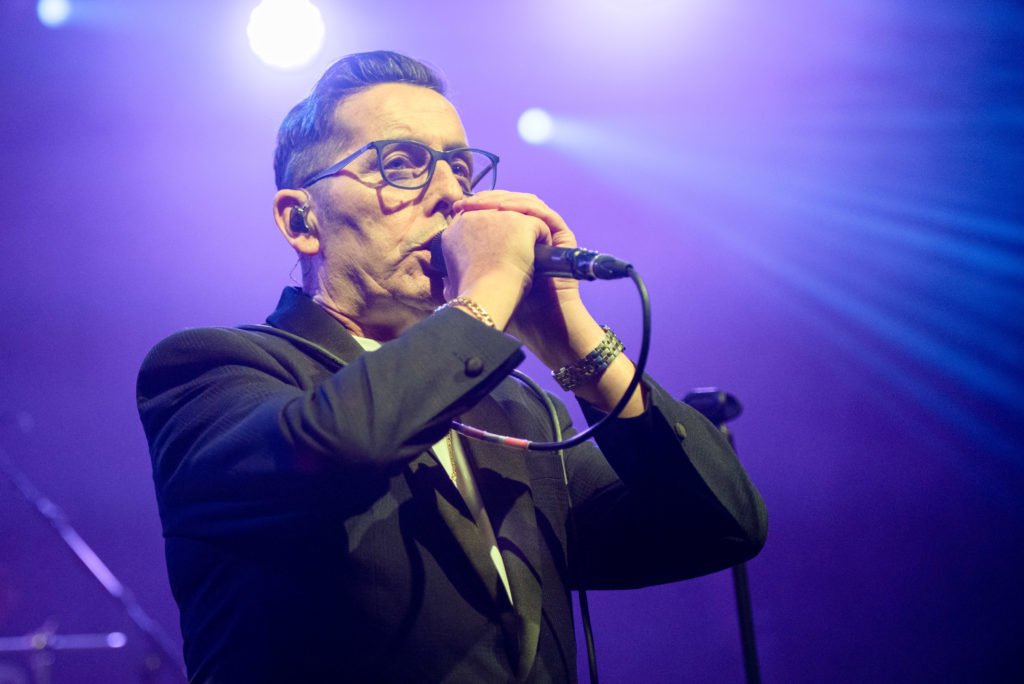 It was not until Dignam sought help for his heroin addiction that he realised what caused the lifelong hole that he had tried to use drugs to fill.

The singer had always believed he had a great childhood growing up in north Dublin.

But he had locked away the awful truth in the depths of his mind, blocked from his memory.

It was only while working within group sessions, as part of his treatment for drug addiction, and talking to his parents, that memories of the child abuse he suffered at the hands of a neighbour came flooding back.

"I went to treatment for the heroin addiction,” he explains, "I talked to a few people and my parents, I was trying to explain to them, maybe something happened to me when I was a child.”

"I couldn't remember any of my own abuse, I had completely blocked it all out, and me Da looked at me as if to say it's a shame we did not love ya enough.

“I thought arr fuck, he's taking it the worst way.

"I explained that it was not like that, I left the house, looked at the hall door, and the whole thing came flooding back to me.

“I don't think I could have overcome the drugs if I had not dealt with the abuse, I think that was a lot of the reason why I was the way I was".

Dignam had been abused by a neighbour at the age of six.

The abuse continued for three years.

At the time, he told a childhood friend who said his older brother could help.

When he sought help from his friend’s brother, he wasn't helped but abused again, at the hand of the person he thought could save him.

With the memories of the abuse at the forefront of his mind, Dignam explains that it was not only the abuse that was causing the hole inside of him, but also the feelings and thoughts that followed afterwards.

"I went around thinking that there was something wrong with me, because it happened to me with two different people, I thought that I was sort of leading them on, I really did not know what was going on,” he admits.

Dignam was blaming himself.

“That’s how the paedophiles work, they make you feel like you have done something wrong," he explains.

“He handed me £10 or something like that, when he had done it, in my head I took money for it.

“And there is another thing that people don't talk about, but the very fact that he chose me over all the other people in the street made me feel special.

“It was only when I talked about it, that the whole thing, the actual power of it, it started to lose its power.  It started to not affect me as much as it used to". 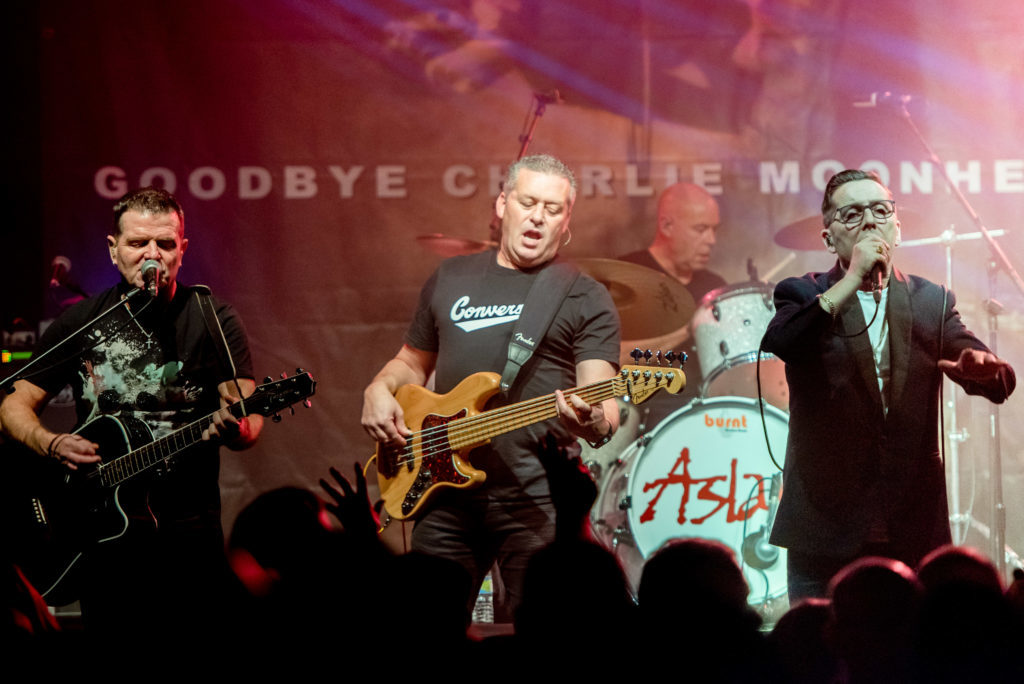 Clean from the drugs, acknowledging the abuse had been a cathartic moment, an important move on the path to overcoming it – even if it did not entirely remove the emptiness inside him.

"The hole is still there,” he admits, “but it is not as painful as it used to be.”

“It's like a scar from an old wound, you can still see the scar and you still know what caused it. I don't give it the power I gave it before.

"I used to be running around like a headless chicken trying to figure out what life was about.  It was in front of me all the time.  It's family, it's not rock and roll, but it's reality.”

While Dignam has spent much time facing his demons over the past three decades, life threw him another devastating curveball in 2013 when he was diagnosed with incurable cancer.

Impressively, the Irish star has faced the disease head on over the past six years, continuing to make music and tour with the band.

"I have cancer, but last year I nearly died of sepsis and it will be probably something like this that ends up killing me,” he explains.

“If I dwell on that, it won't do me any fucking good, I'd never go out the door.

“I just look at it like this, it's there, it's like the addiction, it's another kind of cross that you have to bear, but you just try and get on with it".

He explains: "When you get a condition like cancer it refocuses you, your priorities change and to be honest with ya when I got the news first, initially they told me I had six months to live, the only thing that was important to be at that moment was the family.

“Spending the time with them, like everything else, nothing else really mattered.

And Dignam, who documented his life in his brutally honest autobiography My Crazy World, which was released in 2019 and became a number one bestseller, has no intention of slowing down on the work front either. 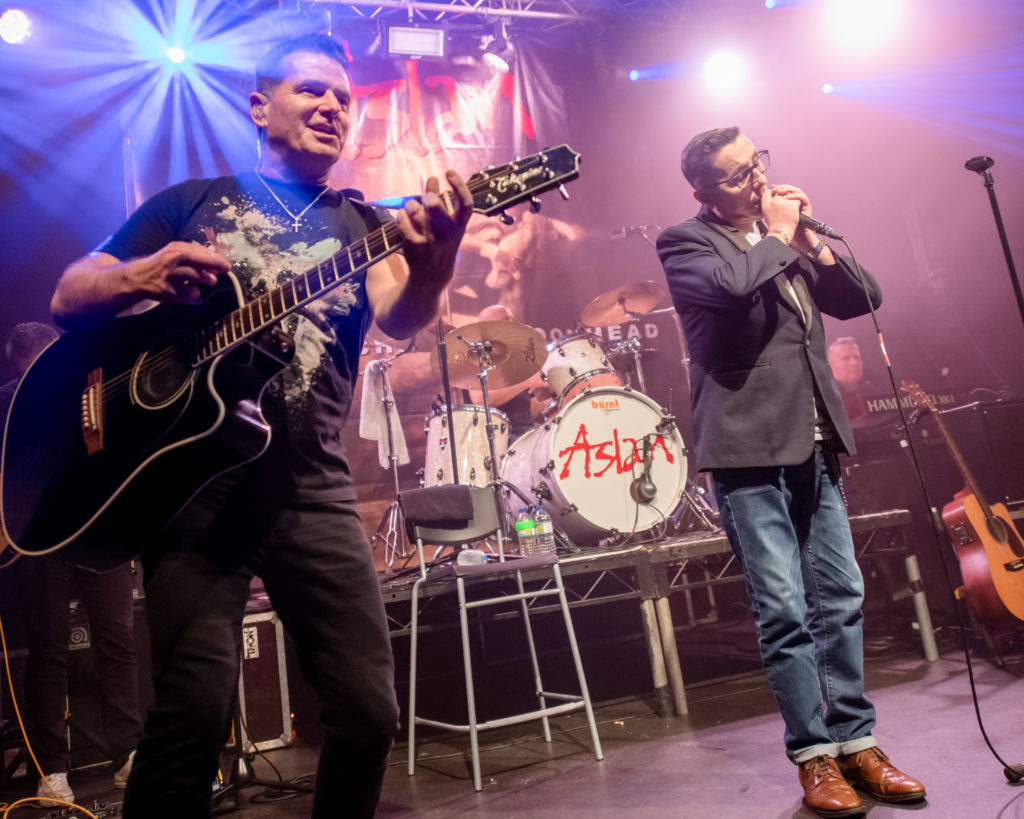 Despite Dignam's cancer diagnosis, the band is currently on tour (Pic: Chris Egan)

Aslan have a new single, due to be released in March, which is a reflective song – looking back over the lives of the band and its frontman and his career as a singer.

That will feature on a new album which is currently in the process of being put together.

Also in the pipeline is a new project, away from the band, which will be an album in a traditional Irish vein.

Dignam explains that this, a collaboration with Finbar Furey, got put on the back burner but 2020 will see the pair “get this project done”.

Aslan will be touring Ireland between January and March 2020, for tickets and listings click here.