Vivien Leigh as Scarlett O'Hara in Gone With the Wind

IRELAND'S FAVOURITE romantic movies have been revealed just in time for Valentine's Day.

This year, Valentine's Day will be different to all the ones that came before; there'll be no romantic dinners in restaurants, no soppy films in the cinema, no Valentine's Day Late Late Show special.

And if you live apart from your significant other, there'll likely not even be a romantic at-home dinner date, a virtual one will have to do.

That said, there's still plenty of things to do this Valentine's Day-- namely, eat loads of chocolate and watch romantic movies.

Ireland's top 10 favourite romantic movies have now been revealed, thanks to Money.co.uk which analysed search volume data and found which movies were most-searched by Irish people.

So if you've been trying to decide what you're going to watch while chomping down on a box of chocolates or pint of ice cream, look no further.

Ireland's number one favourite romantic movie is the brilliant 'Mamma Mia!' which has an annual search volume of 145,200 each year-- an incredible 12,100 searches every month.

In fact, Irish people are so enthralled with ABBA and the fantastic musical and film franchise it birthed, that the sequel, 'Mamma Mia! Here We Go Again' is a very respectable third on the list, with 109,000 searches annually.

In second place is Lady Gaga and Bradley Cooper's 'A Star is Born', a gorgeous romance film with a heartbreaking twist that received rave reviews following its 2018 release. It's also the source of the Number 1 hit 'Shallow'.

Two Disney movies also make an appearance in the list, 'Beauty and the Beast' and 'Lady and the Tramp', making fourth place and ninth place respectively.

And it's not just modern movies which are favoured by the romantic Irish people-- 'Gone With the Wind', the classic 1939 film, sits in eighth place, and 'Casablanca', released in 1942, is seventh on the list. 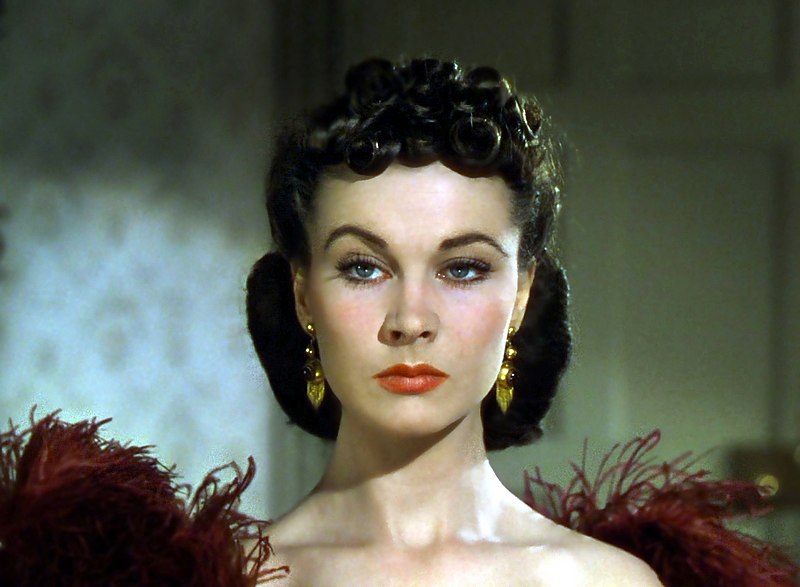 Vivien Leigh as Scarlett O'Hara in Gone With the Wind

'Notting Hill' sits in 10th place, while the ultimate tear-jerker 'The Notebook' is still a firm favourite, landing sixth on the list.

'Call my by Your Name', the 2017 release starring Armie Hammer and Timothee Chalamet which was an instant hit, also sits comfortably in fifth place.