A LARGE but socially distanced crowd recently gathered for the Annual General Meeting of the Irish Elderly Advice Network (IEAN) and the Irish Pensioners Choir.

The event, which took place in the Macnamara Hall at Camden's London Irish Centre (LIC), marked the first meeting of the organisation since the outbreak of the Covid-19 pandemic over 16 months ago.

It opened with CEO Nora Mulready and Chairman Tom Wheeler welcoming everyone before a message of support was read out from President of Ireland Michael D Higgins.

In his opening address Mr Wheeler welcomed those in attendance before paying tribute to the members who had sadly died since the outbreak of the pandemic.

Naming “Alice Kennedy, Jerry Hayes, Ceila Crummy and Bridy Brennan” among them, he added: “May they all rest in peace.”

Reading through the charity’s annual report, CEO Nora Mulready highlighted important figures from the past 12 months, during which the IEAN supported 7,238 people.

The charity also raised an impressive £2,243,612 in welfare benefits for older Irish people in that time - including housing benefit, attendance allowance and pension credits.

In total the welfare rights workers within the organisation carried out 4,028 cases over the past 12 months.

Details were also shared of the various projects the IEAN were involved in, including a project undertaken with the NHS and the London Borough of Hackney where they hosted a walk-in vaccination centre at St Thomas Moore Hall.

IEAN trustee Jack Lane, updated members of the progress of the ongoing campaign to keep RTE longwave radio being broadcasted in Britain.

A motion was unanimously passed asking the British Government to retain the use of facemasks, on public transport and in public places to offer protection to the elderly and vulnerable, against the ongoing effects of the coronavirus. 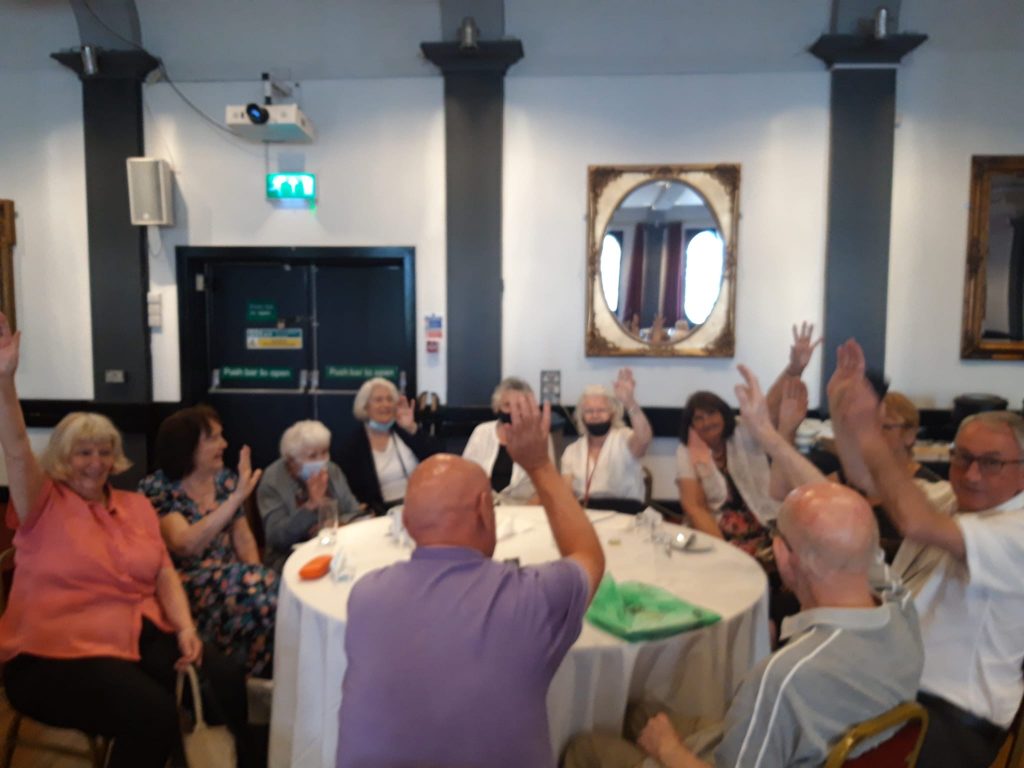 It was apparent over the course of the meeting that the work of IEAN had not only provided the necessary help and services for the community through the pandemic, but through all the adversity felt among the community it had expanded and enhanced those services to meet demand.

Among the initiatives that provided additional support during the health crisis was a newsletter, which reached over 6,000 people, a book of memories of Ireland reaching a similar number having been specially published just in time for Christmas 2020 and volunteers taking on extended befriending calls on a daily basis.

Hot meals deliveries during lockdown supported many of the charity’s most vulnerable members and thanks were given to The Claddagh Ring pub in Hendon, The Sheephaven Bay in Camden and The Cock Tavern in Somerstown for providing large numbers of cooked meals to support the outreach programme and to Leeson O'Keeffe for making the deliveries.

Thanks were also given to the Irish Government and the Irish Embassy in London for all their hands on support during the pandemic.

Further thanks went to Fr Clive Lee at St Thomas Moore Church, for providing the IEAN with a temporary home during the closure of their offices at the LIC due to lockdown.

The IEAN were also pleased to announce a new partnership with the LIC.

From September they will have use of the venue for one day per month for their various cultural activities.

As the meeting came to a close, singer-songwriter Tom Heath performed his self-penned song Leave a Light On to launch IEAN's new partnership with MIND - a mental health project directed at the elderly community. 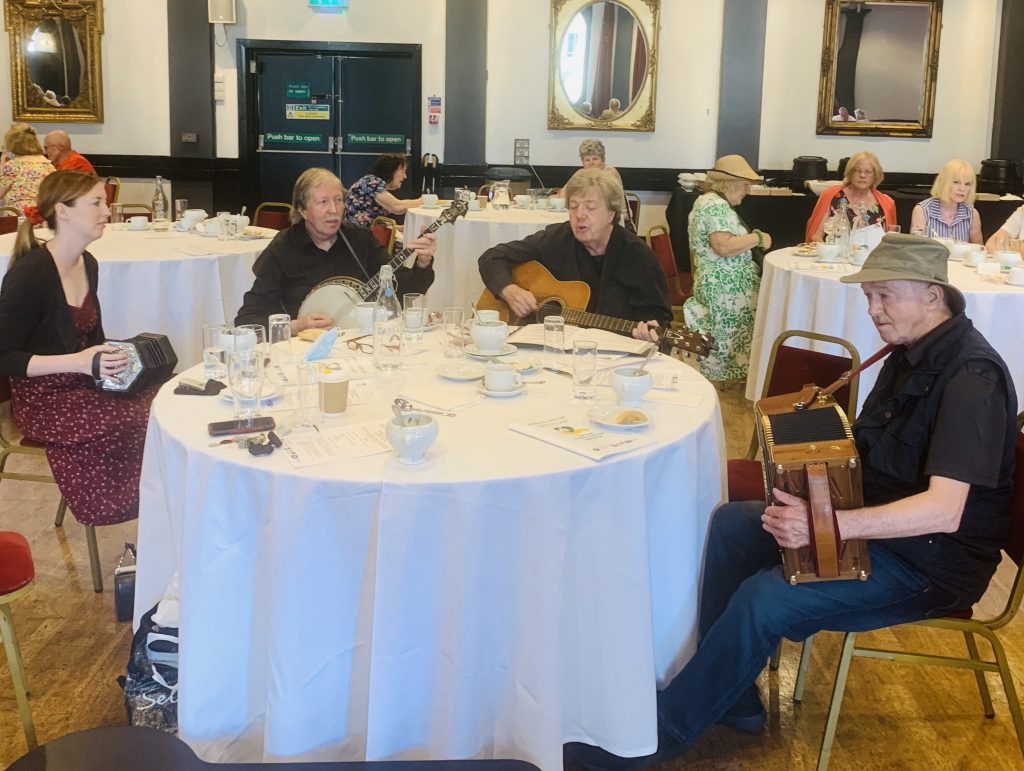 Musical entertainment on the day

Mr Heath is the grandson of LIC stalwart Maeve Heath.

Having dealt with mental health issues himself, he went to live with his grandmother.

The title line of his song ‘I will leave a light on, when you want to come home’ are the words his grandmother often said to him, he told the audience.

The penultimate speaker was Sally Mulready OBE, who joined the fledgling organisation in 1994 and has led it for many years.

Ms Mulready told members she was overjoyed to see what started off as a tiny organisation, grow into what it is today and, more importantly, the number of the elderly and vulnerable community members it had helped along the way.

Adding that the organisation was in “safe hands”, she said she was looking forward to the next 26 years.

Mr Wheeler closed the meeting by thanking everyone who had supported the IEAN through the years, before reminding those gathered that its origins came from the vision of three women back in 1994 - namely Kathleen Dermody, Birdie McGowan and Margaret Byrne.

All have since passed on but leave an impressive legacy behind them.

The afternoon concluded with a few tunes from Mick O'Connor, Billy Faughnan and friends.