A SPECIAL fundraising event is being held at Windsor Racecourse to raise money for The Aisling Project.

The London-based charity helps vulnerable Irish people living across the capital to reconnect with their homeland by hosting a series of supported holidays to Ireland over the course of each year.

Founded 24 years ago, and led by Alex McDonnell, the charity relies entirely on grants and donations – which has prompted some of the most successful Irish companies in Britain to support the organisation.

Four of those companies have organised a fundraising event due to be held on June 4 during Royal Windsor Racecourse’s annual Irish Night.

The organisers, or Friends of the Aisling Project, are  Tom Corkery from the Gallagher Group construction company, Sarah Finucane from the Craic is Back magazine, Gerry Keany from Cara Stationary and Dermot O’Grady from the Ardent Tide payroll services provider. 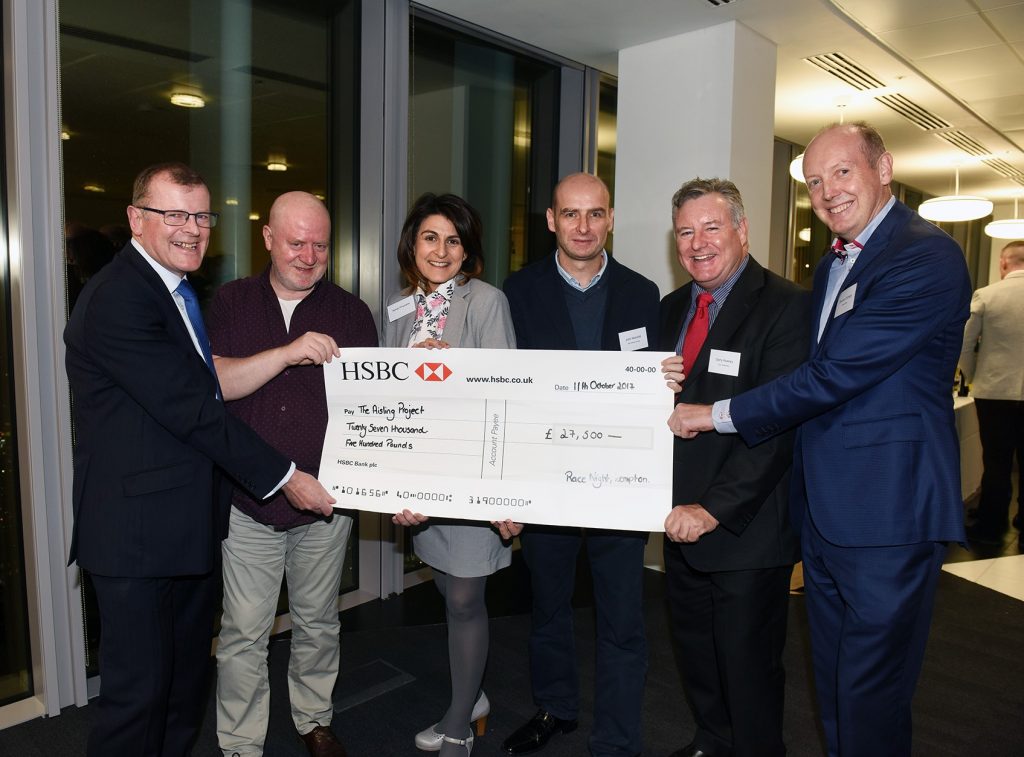 The group is hoping for an even greater success this year at Windsor, where five races will be sponsored by Cappagh, Gallagher Group, Carey Group, Thames Materials and The Murphy Group.

Many other UK-based Irish companies have also signed up as sponsors for the charity, including O’Halloran O’Brien, Durkan, ASM, O'Donovan Waste, Schwing Stetter and Derlin Construction, while The Irish Post is proud to be Media Partner for the event.

Aisling coordinator Alex McDonnell said: “We are extremely grateful to all the companies involved who are coming together to aid us in the important work we do with some of the most vulnerable people in the Irish community.

“We are particularly delighted that so many construction companies have got involved, including the Gallagher Group, who have been one of our greatest supporters down the years, and who led the drive to buy a new minibus for Aisling a few years ago.

He added: “Many of our clients worked on building sites when they first came to Britain, contributing to the economy and the huge rise in prosperity of Irish businesses in Britain.

“It is gratifying that so many now recognise this contribution and want to share some of that prosperity with those whose emigration experience may have been less rewarding.”

This year The Aisling Project has already taken a group of 12 people to County Meath.

They will be bringing a group of six to Donegal in May, courtesy of Pat Logue of the Sheephaven Bay pub in Camden Town, returning just before the race night.

Shortly after the Windsor event in June, Aisling will be taking another group of 12 to Wexford.

“There’s plenty of activity in the charity and thanks to Windsor Racecourse and Irish businesses there will be plenty more trips ahead reacquainting Irish men and women with their people and their homeland,” a Friends of the Aisling Project spokesperson said.

To view the various tickets on offer to attend the fundraising race night click here.

Or you can join the Friends of the Aisling Project at their fundraising hospitality suite at the racecourse, in the Riverside Marquee, where tickets costing £150 include entry to the race course, drinks reception and two-course hot buffet.

For tickets and further information, contact Friend of the The Aisling Project Sarah Finucane on 07931 342818 or email [email protected].