Maeve Higgins on... why England is the friendliest place on Earth

I WONDER how obvious my Irishness is. Are my eyes twinkly? No, they are completely flat, only flickering to life at mealtimes.

Is my hair like seaweed? Yes, as if it’s resting on my head after a long night spent clinging to rocks off Inis Mor.

Do I have freckles? Yes. Not many, but enough to cause a little boy my parents used to foster to ask me the following question, ‘What are them dots all over you?’

Other than them dots, am I as pale as a ghost who’s just seen a ghost? I am. Enough of the physical — the big, defining feature of an Irish person is, of course, their friendliness.

Am I friendly? Sure I am, babe. I just can’t give any examples right now. Instead, let me tell you about some recent events that have lead me to believe that friendliness is, possibly, not exclusive to the Irish.

I was doing a show at the comedy festival in Peterborough, because that’s what happens when you make it in show business.

I arrived at the train station with no idea where the venue was. I was talking to my cousin on the phone about her new baby, so I couldn’t look at my map. 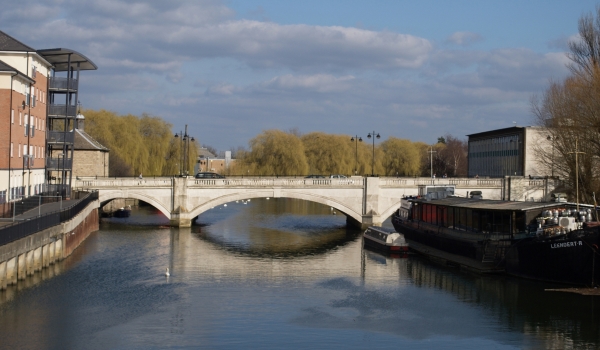 I mouthed to a passing couple ‘comedy festival?’ and they indicated they were on their way to it and I should follow them.

I did, at a respectful distance. For 15 long minutes, I trailed behind them as I listened to the ins and outs of a tricky birth back in Cork.

I waited as they visited an ATM and stopped in a shop to buy, from what I could make out through the window, Skittles and paracetamol.

They led me to the venue and we waved each other off. After the show, one of the comedians gave me a spin home in his Jaguar (the car not the creature).

Not home exactly, he dropped me in West London and I live on the other side. Still, there was an apple rolling around the back seat and he said I could have it.

Then I got a night bus to Piccadilly Circus where I remembered I hadn’t printed off my boarding card for my flight to Dublin the next morning.

It was 1am and I wandered into a Holiday Inn. The night manager was alone in the lobby, anxiously watching some kids that were drinking cans outside.

I said I needed to use the printer and he waved me toward it distractedly. Boarding card in hand, I went to get another bus home, but realised I didn’t have change.

I asked a man for change of a tenner at the bus stop, he didn’t have any so he just gave me the fare.

Unbelievable! I got a guided tour of Peterborough, four pages printed, a spin in a Jaguar, £2 and an apple — all for free, all in one day.

I was giddy after this crazy parade of kindness in England — the friendliest place on Earth.