Irish Post photographer Malcolm McNally was there to capture the eclectic gathering of fellow poets, thinkers and literati who gathered in Mayfair to pay tribute to the poet.

Eddie's life is currently the subject of a new biography being written by journalist and author John Cooney.

Ahead of that we've put together just some of the incredible moments that have featured in the Irish poet's fascinating life....

1. 'It was a terrible childhood'  - Eddie was born Sean Edward Glackin in Co. Tyrone

Born on May 5 out of wedlock, in Coalisland in 1935 to Tyrone parents, the young Sean was unofficially adopted by relatives Eddie and Anna Linden.

He was taken from Ireland when only a few months old and brought up in Motherwell.

Anna died in 1944, and thereafter unfolded a very unsettled period for Eddie, who was shuffled from orphanage to orphanage.

“It was a terrible childhood,” he said. 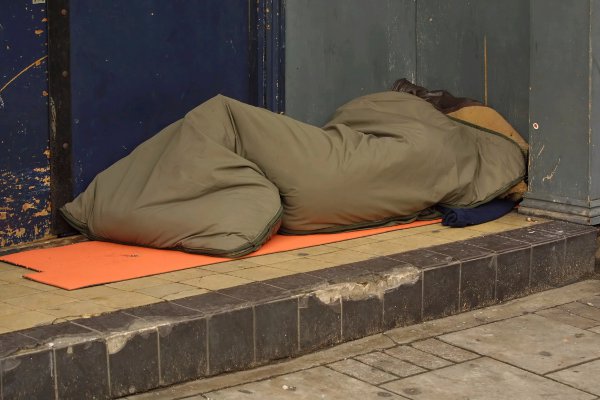 2. By the age of 14, Eddie was fending for himself, sleeping rough

Without any formal education, Eddie worked in various menial tasks, in the steel industry and on the railways, and slept rough.

But  his political awareness was awakened, and he joined the Young Communist League.

Although after the Soviet suppression of the Hungarian uprising in 1956, he wavered in his support.

Eddie eventually became a peace campaigner — he was secretary of the Catholic Nuclear Disarmament Group.

One of his first jobs was to dash off a letter to President de Gaulle protesting at the French test explosion in 1959.

Although Eddie had supporters in the church, including the then Monsignor Bruce Kent, the name ‘Catholic CND’ didn’t go down well with all of the Church hierarchy.

Eddie received a letter from Mgr Derek Worlock, the future Archbishop of Liverpool, warning the group that on no account could they use the name.

4. He credits the Young Communist League with the beginning of his education

From being almost totally illiterate at the age of 16, Eddie began reading everything he could find.

By the time he was in his teens he had also started reading, and writing, poetry. 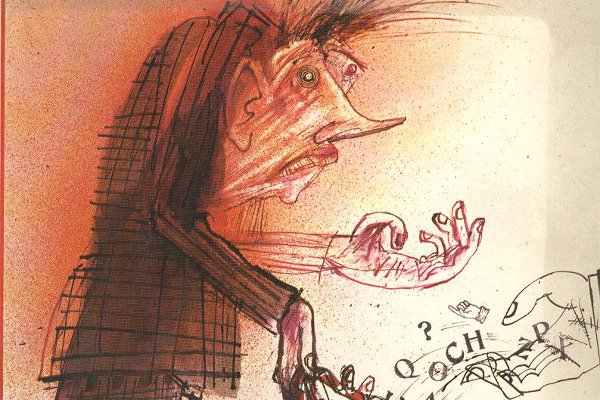 Sebastian Barker's 1979 book, Who is Eddie Linden? was illustrated by Ralph Steadman.

He was relieved to move away from the tight confines of the then rigid, part Calvinist, part Catholic west of Scotland.

His subsequent adventures in the London metropolis  have been chronicled in Sebastian Barker's 1979 book, Who is Eddie Linden? illustrated by Ralph Steadman.

6. As well as the almost Dickensian traumas of his childhood and youth, Eddie had to deal with other issues

He struggled – as documented in his verse – with alcohol, his Catholic faith, and his sexuality. 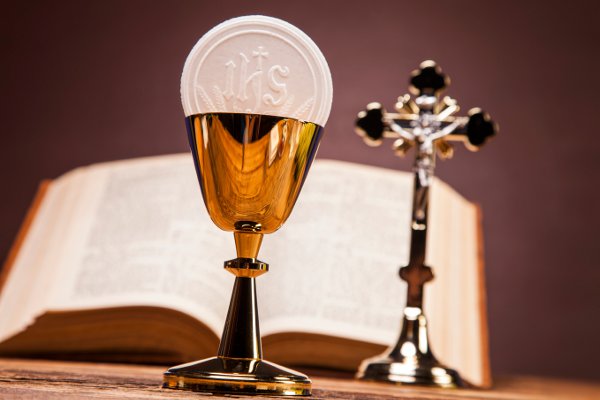 Eddie has used poetry to speak about his faith

7. He had a Catholic upbringing, his First Holy Communion being recalled in his poem Ave Maria

In the poem he talks of his lost faith, and includes the lines...

I remembered my first Holy Communion:

And that plastic ornament

And that halo of electric bulbs

Would repulse any thought of holiness

Wrapped up, my mind reverted to childhood memories,

Trying to trample that unrealistic

Eddie Linden was one of the leading figures on the international poetry scene through his journal Aquarius, which he published and edited from 1969.

The publication was pivotal in the development of  poets in Britain, Ireland and internationally.

This enterprise is seen as Eddie’s crowning gift to literature — the nurturing and developing of poetic talent. 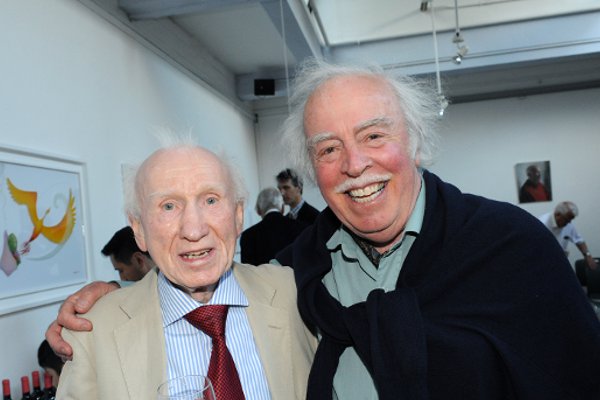 9. He isn’t a half bad poet himself

Eddie started writing poetry in his teens, and 2011 saw the publication of his selected poems A Thorn in the Flesh.

His most celebrated poem is City of Razors — about the Glasgow of the last century, a city riven with sectarian tension, where Catholic and Protestant squared up to each other in areas like the Gorbals.

A woman roars from an upper window

‘They’re at it again, Maggie!

Eddie’s in the Royal wi’ a sword in his stomach

And the razor’s floating in the River Clyde

10. Eddie’s grindingly difficult time as a teenager led him to help set up a charity

He is a co-founder of the Simon Community charity which helps homeless people. 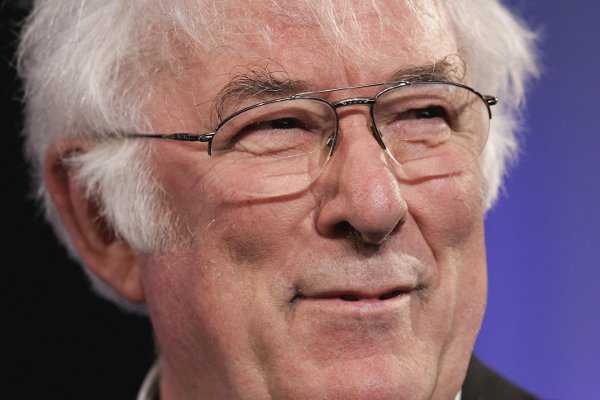 Seamus Heaney was an acquaintance of Eddie's

12.  Many other literary luminaries have paid tribute to the Irish Scotsman

“If Eddie didn’t exist, no one would have dared to invent him” — Brian Patten

“His force of personality, a kind of stylish grumpiness, the mouth refusing a smile, the eyes interrogative and assessing. The pin-stripe suit is worn with cool – he could be David Bowie’s big brother” — Jennie Renton

“We would not have over 100 poets, prose writers, visual artists and other friends honouring Eddie if he had treated them badly. He treated them well because he loved artists and he loved to be part of this world. Poetry was and is his life’s blood” — Constance Short 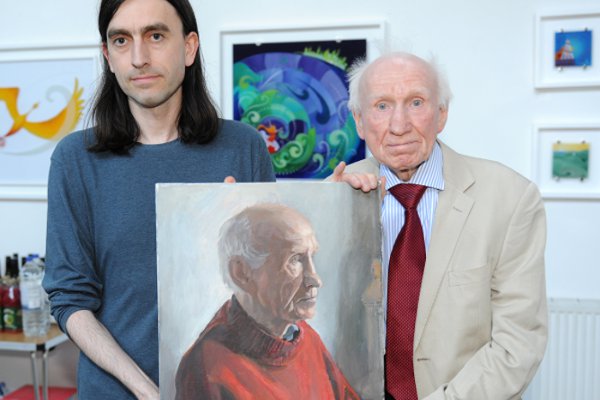 Eddie Linden with artist London Irish artist Luke Canavan. One of Luke's paintings of Eddie was presented to him at his birthday. Picture: Malcolm McNally

Gerald Mangan depicts him in a drawing meeting Saint Peter at the Pearly Gates.

St Peter is saying to his boss, God, who evidently doesn’t like the look of this new arrival: “He says he 's a manic-depressive alcoholic lapsed-Catholic Irish working class pacifist b****** from Glasgow, and would you like to subscribe to a poetry magazine?”