EIGHT titans from the golden age of Antarctic exploration will feature on a selection of new stamps being rolled out by An Post to celebrate the lives of Ireland's most daring adventurers from the 1800s and early 1900s.

The new stamps are part of an effort to recognise the bravery and determination of the eight men, including Tom Crean, from Annascul, Co. Kerry, and Ernest Shakleton, from Co. Kildare – all of whom played a significant role in advancing Antarctic exploration.

Of the other six men, five were from Co. Cork - Edward Bransfield, Patrick Keohane, and Robert Forde, in addition to his brothers Mortimer and Tim McCarthy.

The sixth explorer being honoured is Francis Crozier, from Banbridge, Co. Down. 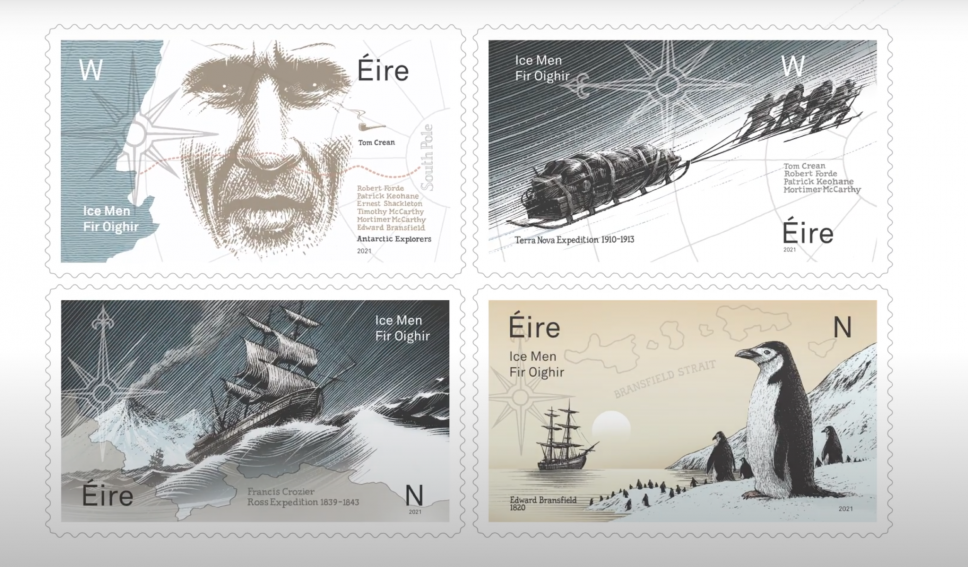 Illustrator David Rooney, who designed the stamps, said he was keen to highlight the impact that these Irish men had on Antarctic exploration, when the field was in its heyday.

He told RTE: "Like most people I was aware of the Shackleton and Crean expeditions.

"It was fascinating to delve into the adventures of a figure like Francis Crozier, who set out in 1839 as commander of HMS Terror on the Ross expedition.

"Crozier, his ship and all of his crew were subsequently lost, along with Sir John Franklin, on their ill-fated search for the North West Passage in the Arctic just a few years later."

Tom Crean, perhaps the most renowned of the explorers, also became the namesake of a new research vessel set to be launched by summer 2022.

Crean went on three expeditions to Antarctica between 1901 to 1917 and earned the Albert Medal for Lifesaving for an act of spectacular bravery where, during the Terra Nova Expedition, he embarked on a 35-mile trek to save his beleaguered comrade, Edward Evans.

Similarly, Ernest Shackleton led a small expedition across 1,300 km of water and treacherous mountainous terrain in Southern Georgia to rescue his party that was in distress, saving all 22 of his men in the process.