THE other day a slick looking guy swerved in front of me in a supermarket car park and nabbed the only remaining mother and baby parking spot.

There was no child in his Range Rover and he gave me a ‘look’. You know what I mean. That raised eyebrows look that you can imagine Leonardo Di Caprio giving in The Wolf of Wall Street. I think they call it the ‘you snooze you lose’ look or, as I call it, the ‘I’m not a nice guy look’.

It’s hard to say exactly why the expression, ‘Nice guys finish last’ makes my skin crawl so much. Maybe it’s because I’ve always strived to be a nice guy and I hate the idea that I’m doomed to being broke and miserable while someone I know to be a douche bag lifts a trophy for the rest of my life.

Maybe it’s because I hate the idea that every single successful person that I look up to had be a tool in order to get there. Or maybe the reason I hate the suggestion that nice guys are bound to fail is because that’s the kind of sweeping statement a guy who is not that nice would make.

Look, I’m not crazy enough to think that there is such a thing as ‘nice guys’ and ‘bad guys’. We all have it in us to do things that we know not to be good. But saying that the nicer the guy, the less well he will do in the cut and thrust of this world is bloody depressing. It makes you throw your hat on the ground in frustration and ask ‘what’s the point in trying?’ Because trying is what being a ‘nice guy’ is at its essence.

None of us are nice guys; some of us just work harder at overcoming it. The effort is what makes you a nice guy in the first place because that’s a nice thing to do. My stomach turns at the thought of that being punished romantically.

Whenever I hear a girl say, ‘women want a bad boy’ I want to grab her and shake her in the same way I want to shake my parents when I hear them say, “sure it’s the blacks that have the country ruined’. Both are statements born out of nothing more than a couple of articles they’ve read, a character in a movie and how much alcohol they’ve consumed. 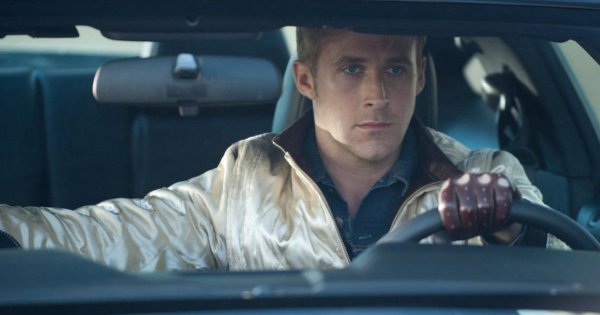 A woman doesn’t want a bad boy any more than she wants to have to burrow a tunnel to the office every day. The tunnel, no more than Ryan Gosling’s character in Drive, just isn’t a long-term solution to getting to work. Sure it might be fun one night to give it a go but in all likelihood, over a long enough timeline, the tunnel and Ryan Gosling in Drive will probably kill you.

And the timeline is everything when it comes down to where the good guys will finish. When is the point at which you say ‘you’ve finished last’.

In 2009 it was revealed that Tiger Woods was not the nice guy we were lead to believe. When he returned to winning titles Nike launched a campaign with the tagline ‘Winning Takes Care of Everything’. And for me it crystalized why the nice guy never finishes last.

Winning probably can brush your cheating under the carpet if you’re Tiger. Your bullying might be forgotten if you’re Alex Ferguson and you continue to win titles. But if Lance Armstrong made a comeback and won another Tour De France would we be suspicious? Of course, because winning can’t take away from the fact that he is a d***head. We will never forget that Lance is not a nice guy.

Breaking the tape, the moment you get the promotion, lifting the trophy is not the finish line. How do you want to be remembered by the people closest to you? If that’s your finish line then the nice guy always wins.

The bad boy may get more girls but the bad boy is also more likely to contract an STD or be involved in a road rage incident where he parks in mother and baby spot at the supermarket while giving me a look of ‘unlucky mate’.

Maybe I’m basing all of this on one silly incident and maybe that guy was just going into the supermarket to pick up his wife and child who were inside doing their shopping. You know like a nice guy.