Remembering 9/11: One Irish city's memorial made from wreckage of fallen Twin Towers 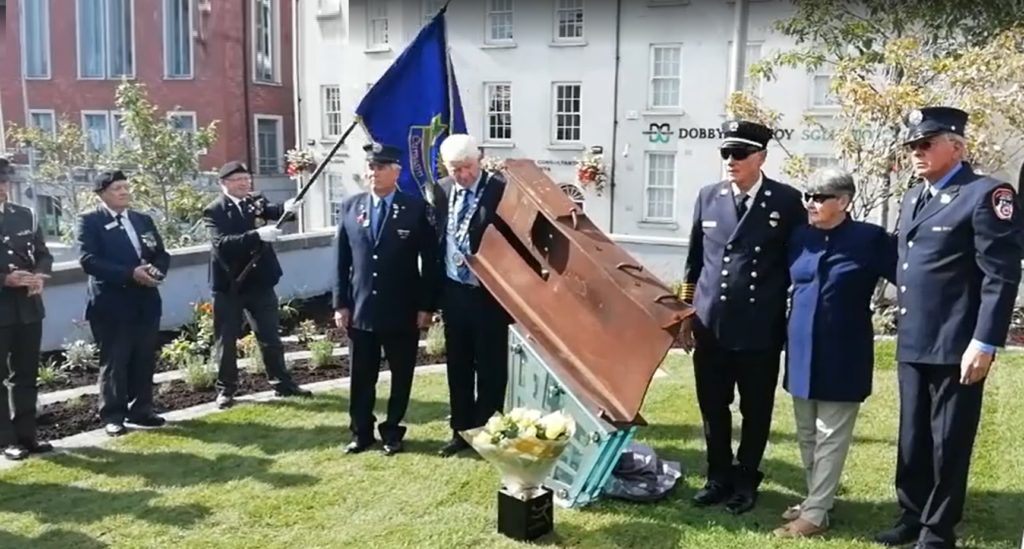 In Waterford, Ireland's oldest city, a unique memorial was commissioned and unveiled in 2018, fashioned from a section of one of the fallen towers which was retrieved from the wreckage on that fateful day.

The resulting art piece saw something beautiful and poignant born from the rubble of one of history's great tragedies, and paid particular tribute to all the first responders-- many of whom had Irish connections-- who died trying to save lives. 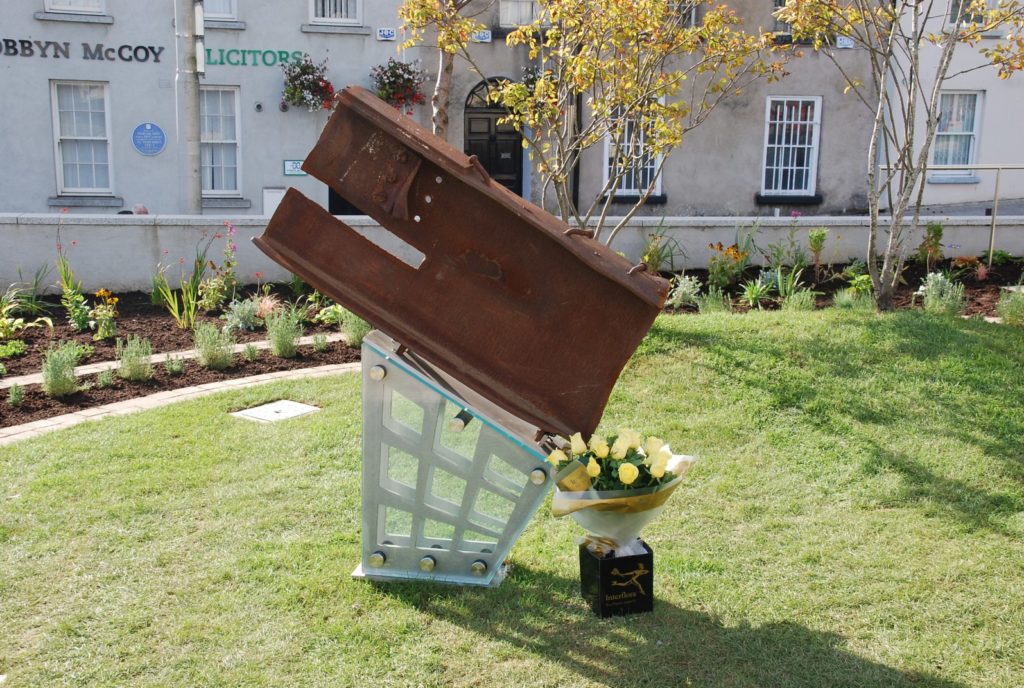 The sculpture was designed and created by artist Liam Lavery.

And it was Irish glassworker Seán Egan who managed to secure the beam from the New York Fire Department for the project, which was supported by Waterford City & County Council, local businesses and the Emergency Services.

The memorial was unveiled in Bishop's Palace in September 2018, to mark 17 years since the attacks.

Mr Egan had previously worked on another commemorative piece depicting September 11th. 2001, which he had donated to the Fire Department of New York City, and years later approached Fire Chief Robert Moran about  the possibility of using a real piece of the fallen towers to commemorate the lives lost.

Mr Egan's request was granted, and a part of a steel girder was sent to Waterford, where Mr Lavery created the sombre monument to the September 11 attacks.

The sculpture is based in the Bishop's Palace area of Waterford City and is accessible year-round to those who wish to pay their respects.

It is accompanied by a plaque depicting the pre-2001 New York City skyline, with a message that reads:

"This piece of steel was retrieved from the ruins of the World Trade Centre. 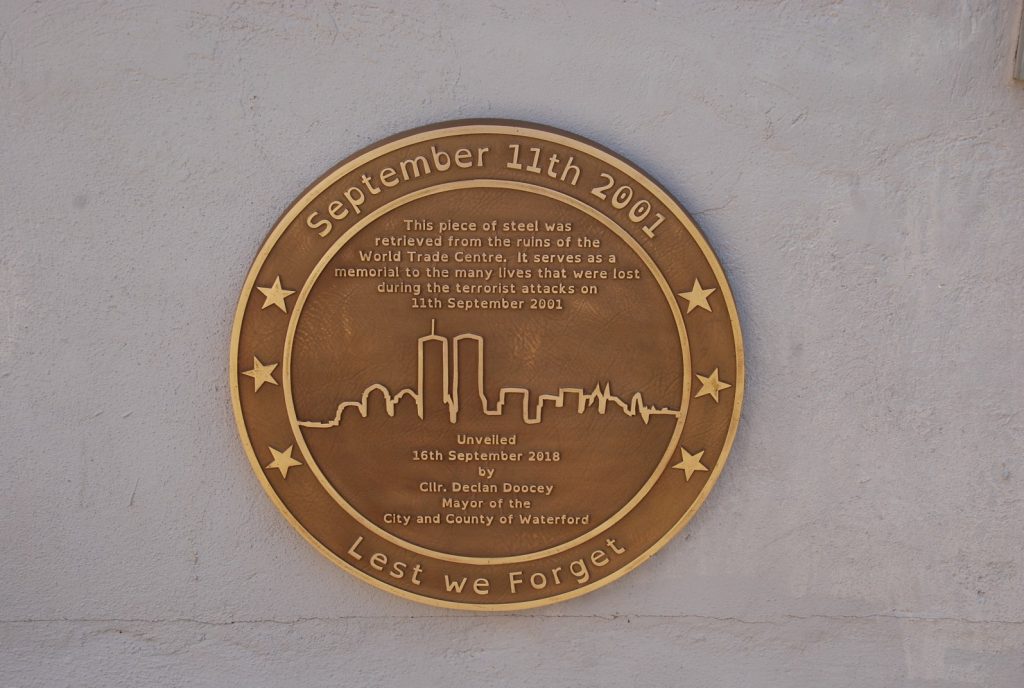 The poignant message can be found near the 9/11 memorial in Waterford (Image: Waterford Council)

"It serves as a memorial to the many lives that were lost during the terrorist attacks on 11th September 2001.

Speaking at the initial reveal of the sculpture in 2018, Mr Egan said he hoped that the memorial would be "a fitting tribute to the first responders who lost their lives on 9/11, many of whom have Irish connections".

"It is also in honour of our own first responders who keep us safe," he added.