FOLLOWING nine months of planning, organising and fundraising the team behind the epic London to Ballaghaderreen Bike Ride have revealed just how much money they have managed to raise.

At a heaving reunion event held at The Claddgh Ring pub for everyone who took part in or supported the impressive challenge, pub owner and challenge organiser Finbar Holian revealed they had totalled a whopping £250,000. 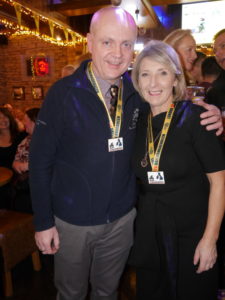 The money was raised through sponsorship of the cyclists taking on the L2B challenge, but also through numerous other events held along the way – from auctions to cake sales and coffee mornings to company sponsorship as well as private and personal donations. 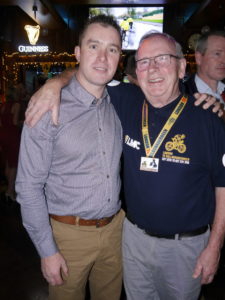 More than 50 Irish men and women took on that challenge, which saw them cycle from Hendon, north London to Ballaghaderreen in Co. Roscommon.

Leaving London on September 30, they finally arrived at the finish line at Ballaghaderreen GAA Club House on October 6. 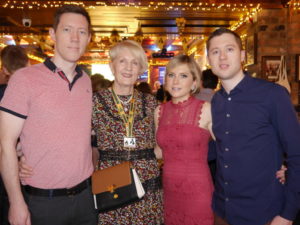 The reunion event, which was held on November 23, saw band YB Sober providing entertainment as cyclists and family, friends and supporters of the cause took time to catch up and share memories of the ambitious challenge that they took on and conquered.

Mr Holian also took the opportunity to to reflect on the reason they started the fundraising challenge.

The group took on the challenge to support two causes that are close to their hearts; the Irish Motor Neurone Disease Association (IMNDA) and the Alzheimer’s Society. 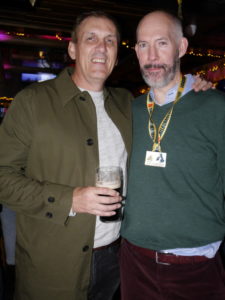 They were also marking the memories of two men who were just as important to them.

The route was chosen as Frank Kelly – late brother-in-law of  Mr Holian, suffered with Motor Neurone Disease until his death on October 30, 2017.

Joe Lynch, who passed away recently and had suffered with Alzheimer’s, lived in Enfield but hailed from Wexford and was another much-loved member of the local Irish community. 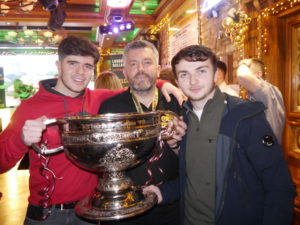 Piaras and Paul McAloon with Thomas Light holding the Sam Maguire Cup - which also made an appearance on the night (Pic:

Mr Holian went on to thank everyone who had supported the cause and the night of celebration went on into the early hours.