Fearless cyclists embark on epic trip from London to Roscommon

On 30th September 2019 a team of over 45 men and women will embark on a bike ride from The Claddagh Ring in North London, cycling up to Liverpool and across the Irish sea to Dublin where they will be joined by 15 more Bike Riders from Croke Park on Friday morning at 8.30am to their final destination in Ballaghaderreen, Co. Roscommon.

It’s a daunting task even for the most accomplished cyclists, so what has inspired a group of novices to embark on such a challenge? Well, as it so often happens, the group have come together to support two causes that are close to their hearts; Irish Motor Neurone Disease Association (IMNDA) and Alzheimer’s Disease (AD). 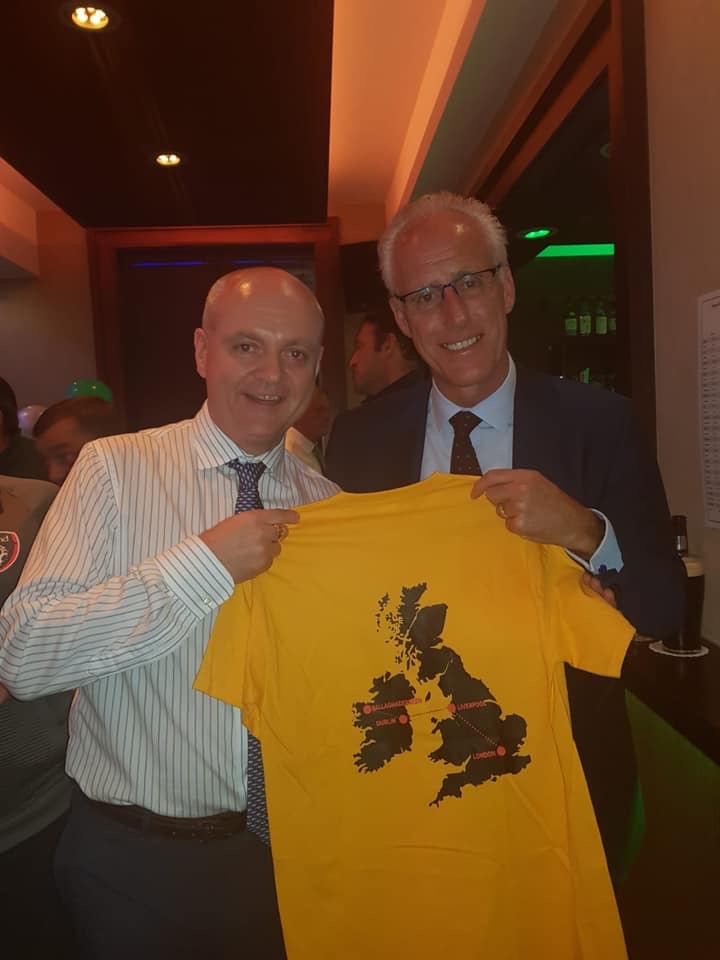 Anyone who has been touched by either of these diseases knows only too well the impact they can have not only on the person suffering with the disease, but on the whole family and those closest to them. Both are diseases that affect the brain, MND is caused by a problem with motor neurone cells in the brain and nerves, and AD is thought to be caused by abnormal build-up of proteins in and around the brain cells. .

Both of the diseases are progressive and require professional care and treatment. Sadly, there’s no cure for either MND or AD yet, but with your help the bikers want to help improve the quality of life for those with MND or AD and the level of support that their families receive.

They’ve a hefty goal of raising at least £100,000 that will help provide vital funding for the IMNDA and support the Alzheimer’s Society. You can support this worthy cause by making a donation to Just Giving, London to Ballaghderreen bike Ride, Sponsoring one of the Team individual sponsor sheets or just popping in to The Claddagh Ring .

The route has been chosen as Frank Kelly (Finbar’s brother in law) passed away from MND on 30th Oct 2017 having lived in Ballaghaderreen all his life. He was a true family man, friend, the local postman and a huge part of Ballaghaderreen GAA both as a player and Manager. 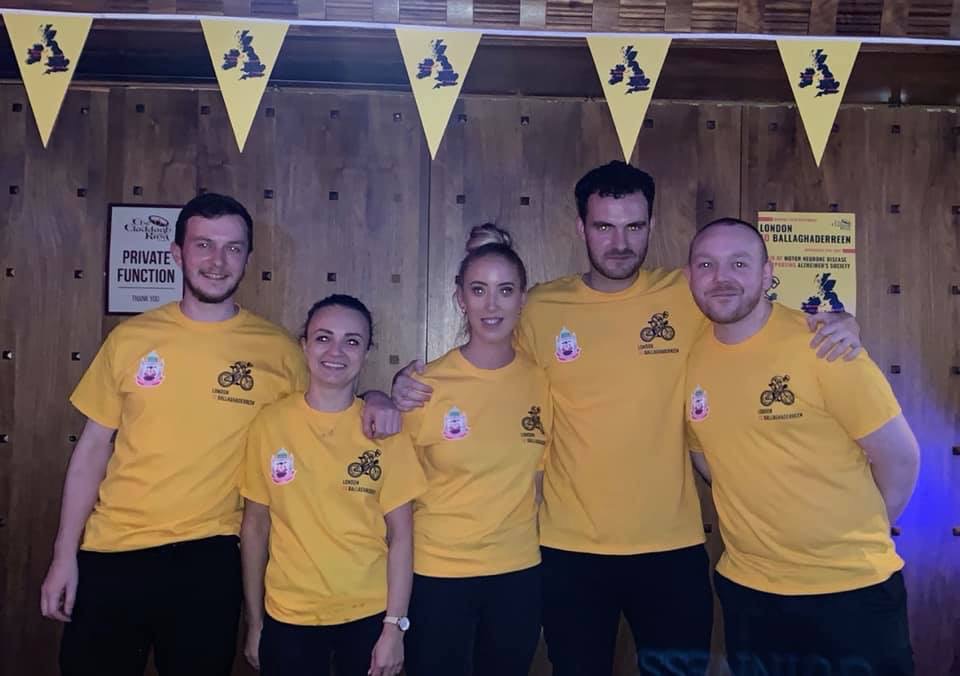 Joe Lynch who passed away recently from Alzheimer’s lived in Enfield and was from Wexford. Joe was another true family man, friend and was manager and Chairman of Saint Theresa’s GAA Club in North London for many years. Joe actually cycled to Ireland with some of the present team 27 years ago which also started at The Claddagh Ring.

There is a great bond of friendship and team spirit building within whole team. We are getting very excited as it is now into the last few days before we set off on this fun funding bike journey, and we are just hoping to raise as much money as possible for these worthy causes. 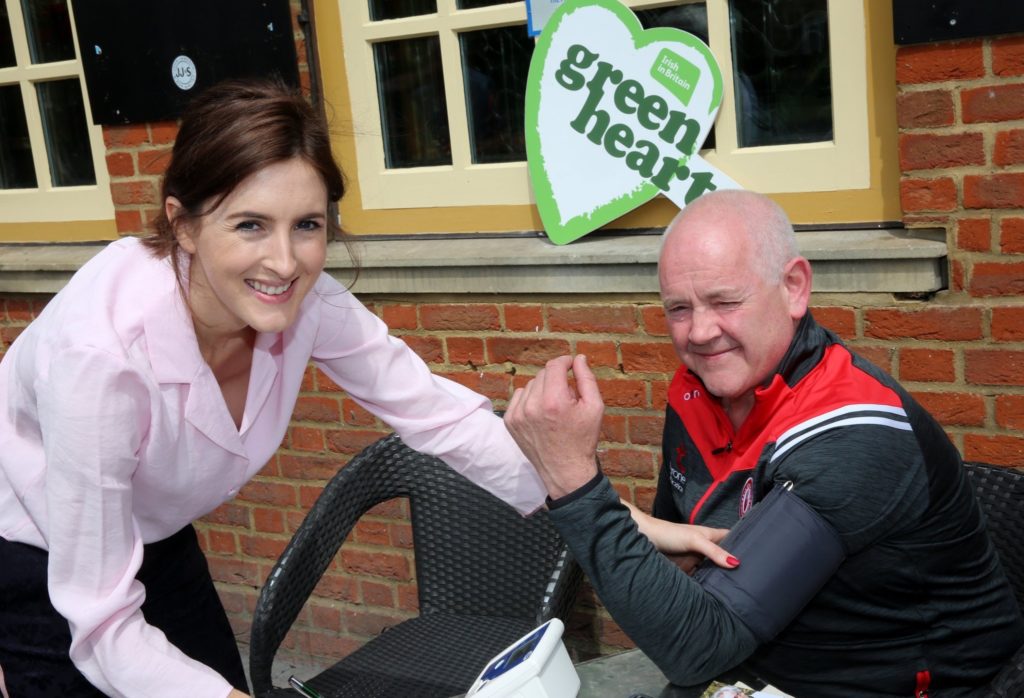 Hopefully you can support by sponsoring them individually through their own Sponsor Forms, or by sending money to Just Giving, London to Ballaghaderreen Bike Ride.

And all going well, you can meet the bikers at the finish line at Ballaghaderreen GAA CLUB HOUSE on Sat 5th October at sometime around 6pm, and then join them later for a celebration party of music and craic organised by John Meehan (YB Sober band) in The Brusna Inn (Frank Kelly's local) just outside the town.