JUNE 9 is the feast day of St Colmcille. Here are 11 facts about the Irish saint’s life, career and legend.

St Colmcille is one of Ireland’s three patron saints. The other two are St Brigid and of course, St Patrick. 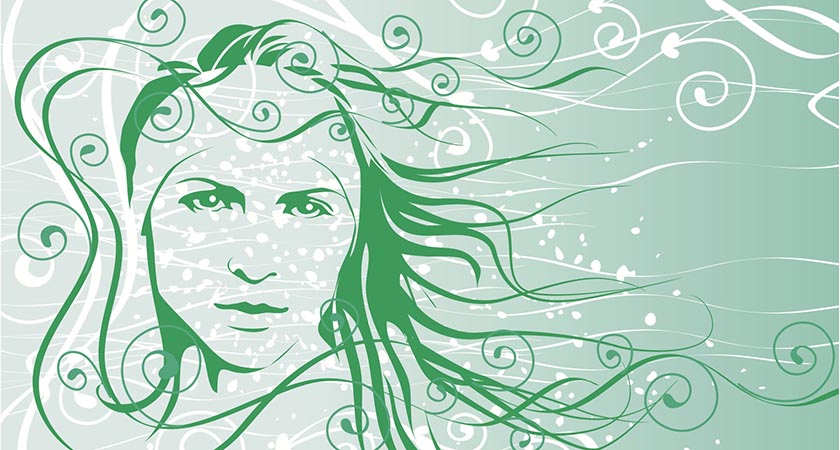 Colmcille was born on December 7, 521 in Gartan, near Lough Gartan in Co. Donegal.

He was also known as Columba, a Latin version of Colum. The 'cille' suffix that was added to the end of his name means 'of the churches'.

On his father's side, he was great-great-grandson of the famed Niall of the Nine Hostages – an Irish high king of the 5th century. The modern day Donegal village of Glencolmcille is named in his honour. 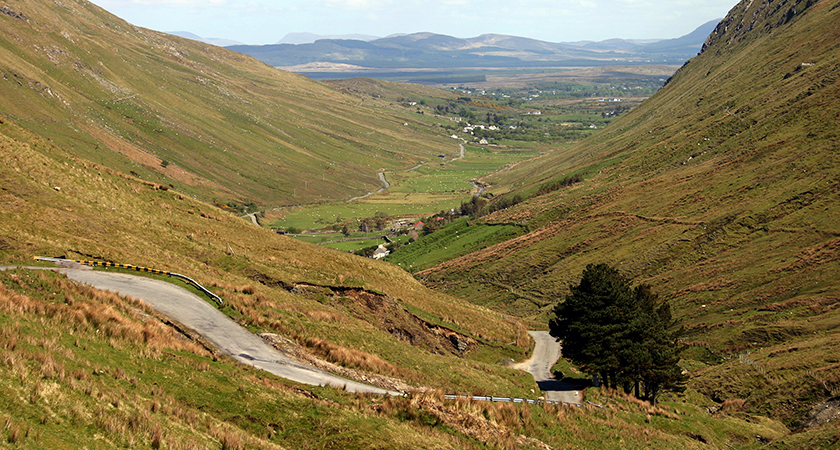 Colmcille's legacy is much celebrated in his native Donegal. Picture: Wikipedia

A young Colmcille entered the priesthood at the age of 20 when he became a pupil at Clonard Abbey, situated on the River Boyne in modern day Co. Meath.

When a prince cousin gave him some land at Derry, he decided to start his own monastery. This allowed him to travel throughout Northern Ireland teaching the pagans about Christianity.

Colmcille founded some 30 monasteries in just 10 years, inspiring many people with his personal holiness. 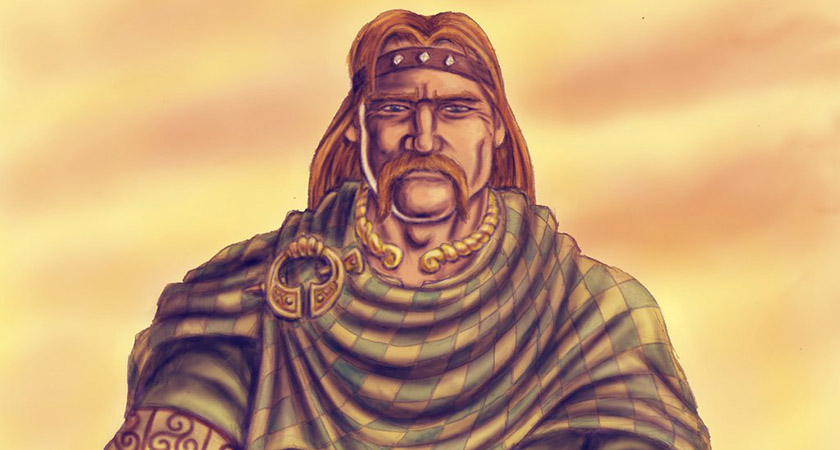 His great-great-grandfather was the famed Irish high king Niall of the Nine Hostages. Picture: iStock

Nevertheless, Colmcille was no angel. His strong personality and forceful preaching ruffled feathers and in 563 AD he was accused of starting a war between two Irish tribes.

After the death of Prince Curnan of Connaught – who Colmcille was meant to protect – a number of clerics and scholars threatened to excommunicate him.

Instead, Colmcille was sentenced by the high king never to see Ireland again, and was exiled to Scotland with 12 companions. He settled on a bleak Scottish island called Iona where he would spent most of his remaining years.

In 575 Colmcille was persuaded to visit Ireland to mediate a dispute between the high king and the league of poets. Insisting on remaining faithful to the terms of his exile, that he never ‘see’ Ireland again, he travelled blindfolded.

His considerable reputation was respected by everyone in Ireland. He spoke to the assembled nobles and clergy with such force and authority that the king was persuaded to calm hostilities.

Colmcille spent the rest of his life on Iona praying, fasting, and teaching his monks to read and copy the Scriptures.

He was a renowned ‘man of letters’, wrote several hymns and has been credited with having transcribed over 300 books and manuscripts.

Colmcille died on Iona and was buried in 597 by his monks in the abbey he created.

In 794 the Vikings descended on Iona and plundered much of the relics Colmcille had procured in his life as an intellectual.

On August 22, 565, St Colmcille is said to have encountered the Loch Ness Monster – which has been interpreted as the first ever reference to the mythical Scottish beast.

Traveling in Scotland, Columba had to cross Loch Ness, but Nessie had other ideas. Raising his hand to make the sign of the cross, Colmcille commanded the beast, saying, "You will go no further, and won't touch the man; go back at once."

At the voice of the saint, the monster fled as if terrified, "more quickly than if it had been pulled back with ropes.” The local pagans were amazed and converted to Christianity based on the miracle. 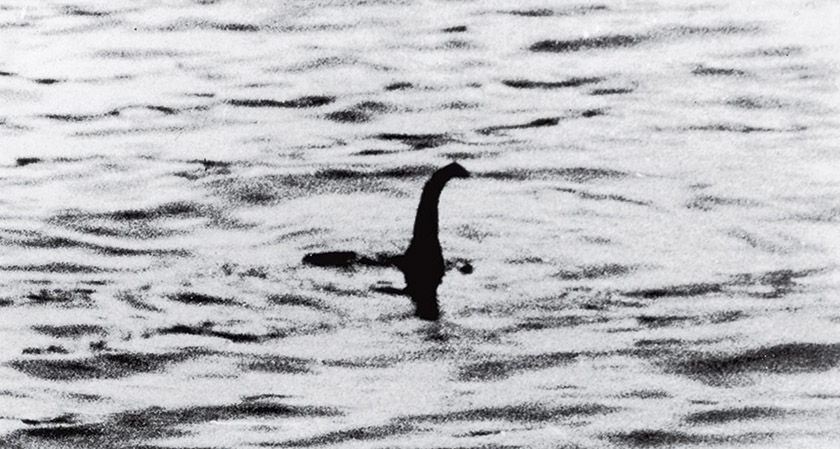 A number of miracles have been attributed to St Colmcille – such as healing people with diseases, expelling malignant spirits, subduing wild beasts, calming storms, and even returning the dead to life.

He is also said to have performed ‘agricultural miracles’ that would hold a special significance to the common people of Ireland and the British Isles, such as when he casted a demon out of a pail and restored spilt milk to its container.

As well as being one of the three patron saints of Ireland, St Colmcille is also the patron saint of the city of Derry – where he founded a monastic settlement in 540 AD.

The Church of Ireland Cathedral in Derry is also dedicated to St Columba, as well as St. Colmcilles Primary School and St. Colmcilles Community School in Dublin.

Ireland's national flag carrier, Aer Lingus, has named one of its Airbus A330 airplanes St Columba (reg: EI-DUO) in commemoration of the saint. 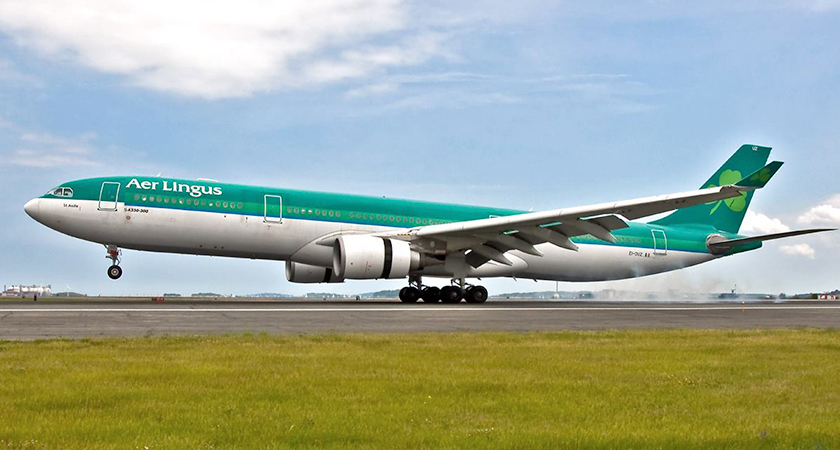 Aer Lingus has named one of its A330s after the saint. Picture: Aer Lingus

Throughout the US there are numerous parishes dedicated to Colmcille within the Presbyterian and Catholic churches. There is even an Orthodox Church monastery dedicated to the Irish saint in the Massachusetts town of Southbridge.

As of 2011, Canadians who are of Scottish ancestry are the third largest ethnic group in the country and thus Columba's name is to be found attached to numerous Catholic, Anglican and Presbyterian parishes.

As he spent much of the second half of his life there, St Colmcille has a strong connection to Scotland. The Clan Malcolm/Clan McCallum claims its name from Colmcille and was reputedly founded by his descendants.

Numerous Catholic schools and parishes are under the patronage of the Irish saint, with Church of Scotland, Evangelical Lutheran and Episcopal Churches also have parishes dedicated to him – showing the strength of his legacy.

As with Glencolmcille in Co. Donegal, the Scottish village of Kilmacolm in Renfrewshire also takes its name from St Colmcille.