But with the launch and subsequent global popularity of the language-learning app Duolingo this is set to change.

In 2014 the major education site added the Irish language to its already-established list of languages which include Chinese, German and French.

Currently there are almost one million people logging on for their cúpla focail every day for a myriad of different reasons—Irish natives looking to brush up on their schooldays, those who have recently moved to Ireland, people from all around the world with Irish ancestry—and those who just want to pick up a beautiful new language.

The structure of learning works for beginners, starting with important but simple phrases to lay the groundwork for fluency, until before you know it you’re writing full-on sentences—albeit sometimes rather bizarre ones.

If you still have a good level of Irish from school but want to increase your fluency, the website provides the option to test yourself before starting the course, and lets you skip a few levels if you perform well. 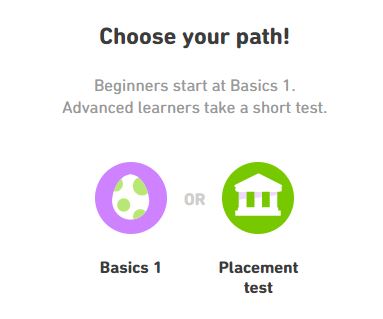 The Irish language, which has been dismissed as dead or dying for decades now, is making a revival, particularly among the younger people of Ireland.

Limerick man Patrick O’Mahony was exempt from learning Irish at school due to his dyslexia, but ten years later took to Duolingo because, as he put it: “I was fed up of not understanding when [people] spoke Irish,”

I did learn phrases and other good key words and got better over time, but still the writing and spelling made it more difficult,”

My most-used phrase I’ve learned is Tá ubh agam (I have an egg).”

Current Irish learner Hayley Little told The Irish Post "I found Duolingo a more accessible way of learning Irish because I'm a bit mortified to practice with native speakers in case I make a fool of myself.

I don't think Duolingo will make me fluent but its a great place to start!"

Duolingo I would NEVER leave my wife delete this pic.twitter.com/jtNX2833dD

Duolingo is absolutely free to use, it’s entertaining and even shows you your level of fluency going up after successfully completing each course, so you stay engaged and continue working to reach your goal.

If you want to brush up on your Gaeilge, or feel close to your Irish ancestors, Duolingo is by far the best way to start.

The fact that it’s fun is only a bonus.