THREE PER CENT of people in the UK have never heard of Ireland, according to new research.

The remarkable results were revealed in a recent study by YouGov - a British international market research firm.

The study - compiling data collected between October 2019 and October 2020 - looked into British public opinion on countries around the world.

Respondents were asked for their opinion on 195 countries around the world. They were asked to say whether they felt 'positively', 'negatively' or if they felt 'neutral' about each country.

Of those surveyed, 3% said they had not heard of Ireland before.

There are just under 68 million people in the UK, so if YouGov's findings are to be scaled up, it means that over two million of them aren't aware of what Ireland is. Remarkable.

Ireland is generally thought of positively by most UK citizens though, even if some might not even have heard of the country.

69% of respondents said they felt 'positively' about Ireland, with just 6% saying they felt 'negatively', while 22% were neutral.

According to the survey, people who voted 'Remain' in the 2016 Brexit referendum were far more likely to think positively about Ireland (76%) than 'Leave' voters (60%). 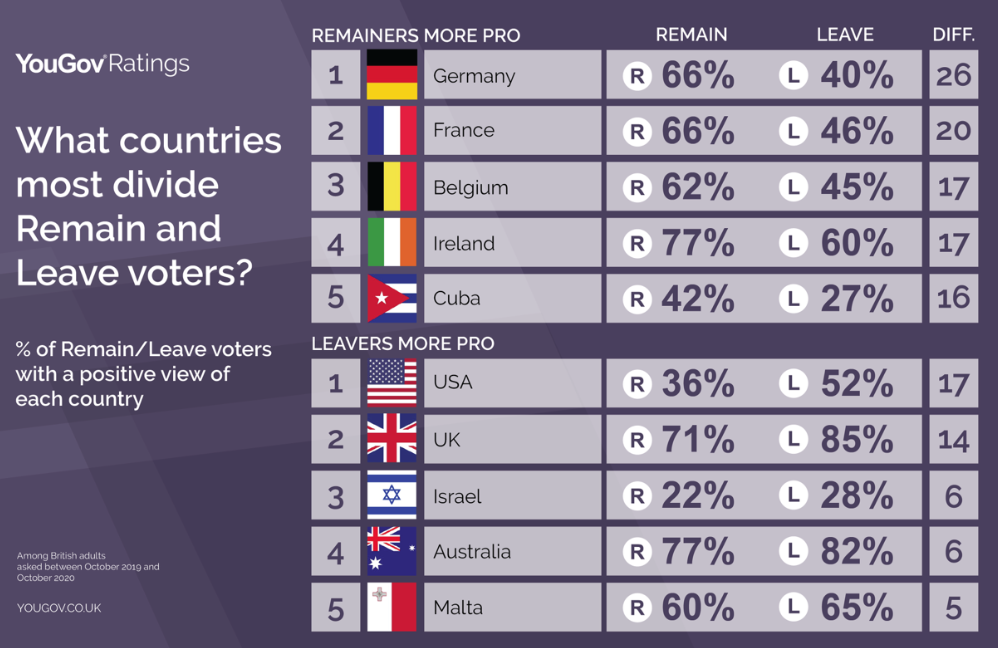 Altogether, Ireland is listed at the 11th most popular country in the minds of British citizens.

Ireland scored far higher in popularity than the US for example, with a mere 44% of respondent saying they felt positively about America.

Canada and New Zealand are Britain's favourite countries, with a whopping 80% of those surveyed saying they felt positively about both countries.

North Korea, Syria and Iraq are listed as the countries most negatively thought of by Brits.

Find out more about the survey here.

Ireland exits Lockdown: What rules do I have to follow under Level 3 restrictions?