A seven-year-old boy who asked his postman to deliver a birthday card to his "dad in heaven" received the perfect response from the Royal Mail.

Mother-of-two Teri Copland from Blackburn took to Facebook to detail how her son, Jase, had written a note asking that the postman ensure his late father get the card safely.

It read: "Mr Postman, can you take this to heaven for my dad's birthday." 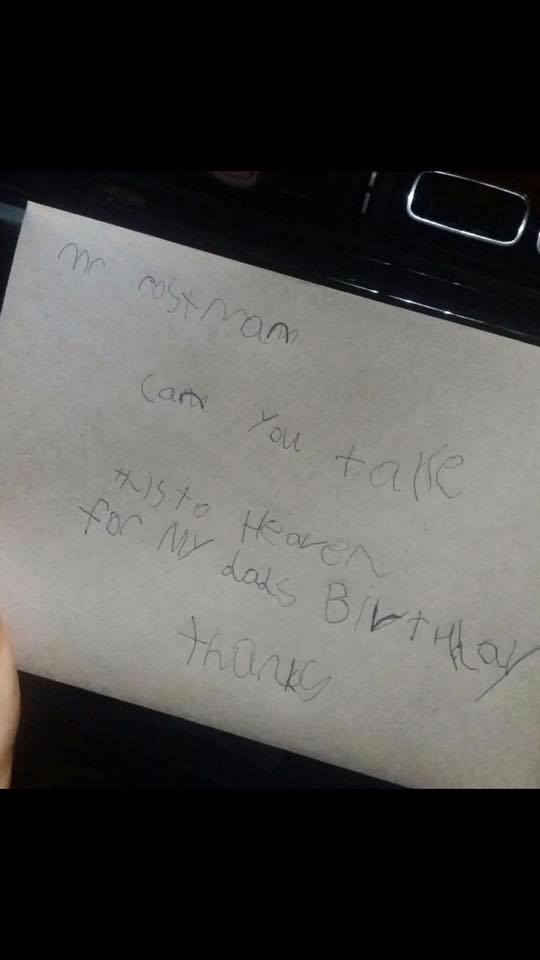 Jase and his 10-year-old sister Nieve lost their father, James Hyndman, back in 2014, but they have continued to mark his birthday every year since.

So, you can only imagine his reaction when he received a letter from the Royal Mail explaining how one of their postmen had navigated through "stars and other galactic objects" in order to ensure the letter reached his dad.

Writing on behalf of the Royal Mail Sean Milligan, an Assistant Delivery Office Manager assured Jase: "I will continue to do all I can to ensure delivery to heaven safely." 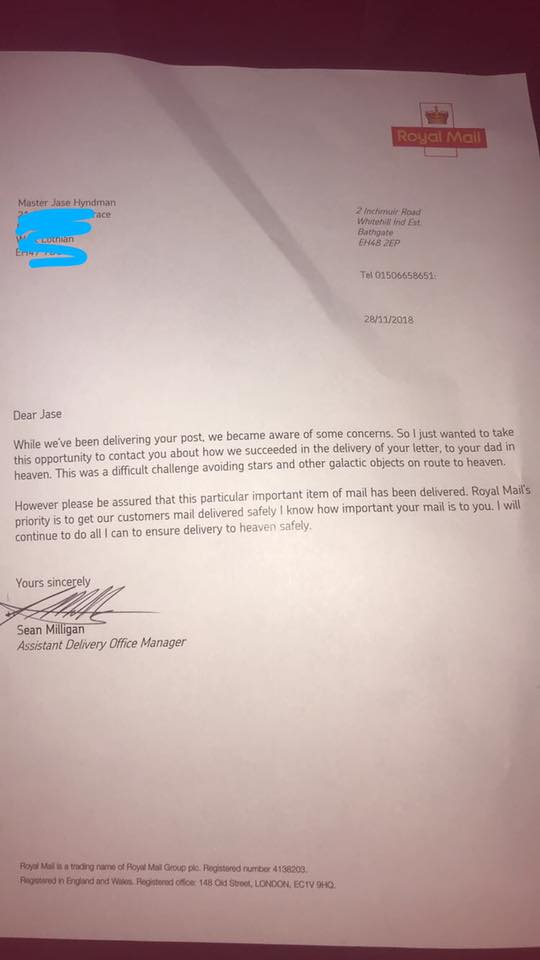 Responding to the message on social media, Copland expressed her gratitude at the response to her son's card.

"I actually cannot state how emotional he is knowing his dad got his card," she said.

"You didn't have to make the effort to do this you could have just ignored it but the fact that you have made the effort for a little boy you've never met is such a lovely thing to do.

"Royal Mail you've just restored my faith in humanity and thank you it honestly means the world to him."

Speaking to ITV, Copland revealed the incredible impact of the Royal Mail's response.

"He was overwhelmed and kept saying 'my dad really got my letter mum'... I've always told Neive and Jase even if you can't get anyone a present it's always nice to make sure you send a card at Christmas and birthdays.

"I want people to realise that a small gesture of kindness can have such a fantastic impact on someone's life... Royal Mail actually took part and that gives me so much comfort."