IRISH student Karen Buckley was murdered on a night out in her adopted home of Glasgow on April 12 of last year.

Her death deeply resonated with the Irish community in Britain, as well as in her native Co. Cork.

A year on, her killer Alexander Pacteau is serving a life sentence in Shotts Prison, 20 miles outside of Glasgow.

Memorial services take place this week both sides of the Irish Sea to mark the one-year anniversary of her untimely death.

As her friends and family prepare to mark the sad occasion, what do we know and not know about Ms Buckley and her murder in Glasgow?

1. Karen's friends and family want to keep her memory alive

Students in Glasgow Caledonian University, where Ms Buckley was a postgraduate occupational therapy student, will gather today for a private memorial service at the university campus.

"This offers students and staff the opportunity to come together for a time of quiet, personal reflection, to remember both Karen and her family at this time."

On Friday in her native Cork, the Buckley family and her friends in Ireland will come together for her first anniversary mass in Analeentha, Mourneabbey – at the church where she received her communion, confirmation and her funeral was held. 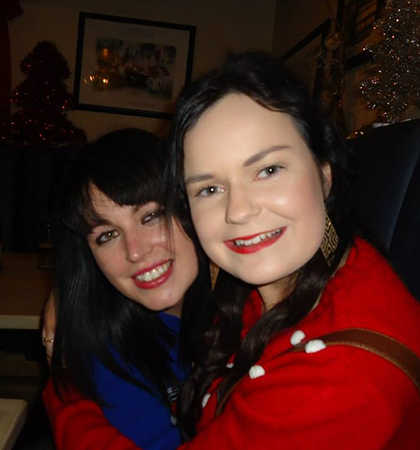 2. She was career driven and loved fashion and travelling

A University of Limerick nursing graduate, Ms Buckley moved to Essex after graduation where she worked in the Princess Alexandra Hospital. In January 2015, she began a postgraduate course in occupational therapy in Glasgow Caledonian University to specialise.

“She was an outgoing girl who loved to travel,” her father John Buckley said in a statement after her death.

Her love of fashion was also shown at her funeral, where her favourite dress was offered as a gift.

3. She was murdered by Alexander Pacteau

Ms Buckley was enjoying a night out with friends on the night that she was killed.

Alexander Pacteau, 22, met her outside of The Sanctuary nightclub on Glasgow's West End and within minutes, he murdered her in his car.

Pacteau was sentenced to life imprisonment on September 8 for the murder and for defeating the ends of justice. The details of the crime emerged in court – he strangled her and beat her with a spanner up to 13 times before dousing her body in household chemicals in an attempt to cover up his crime.

“In a matter of minutes, for some unknown, inexplicable reason, you destroyed her life,” Judge Lady Rae said when handing down the sentence at Glasgow High Court in September.

4. Her killer will serve at least 23 years in prison

Pacteau’s guilty plea meant a minimum sentence of 23 years would need to be served before he was eligible for parole. Just two weeks after his sentencing, he lodged an appeal to shorten his sentence – but later withdrew the appeal in December. It will be at least 2038 before Pacteau is up for release – at which time he will be 44 years old.

In the weeks after her murder, the friends and family of Ms Buckley received thousands of messages of condolence from both Ireland and Scotland. An online fund saw £50,000 raised to help the Buckley family with the costs of their being in Glasgow and her funeral.

“My life is richer that you have been in it Karen and you will be forever in my heart. I love you forever Buckaroo, my little Karebear. I miss you more than anyone could ever imagine,” one of Karen’s many friends Julie Malone said after her death.

Vigils took place in the area where Ms Buckley lived in Glasgow, as well as the university and city centre - while her heartbroken parents Marian and John paid tribute to their "beautiful Karen". 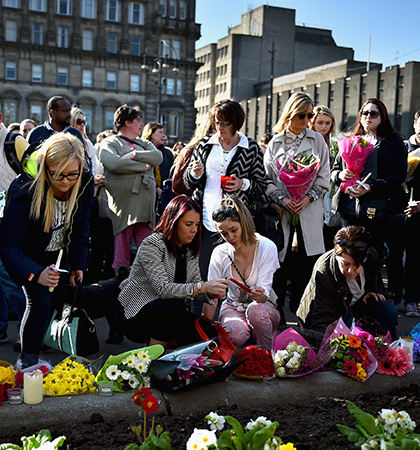 Hundreds of floral tributes were left in Glasgow's George Square in the wake of Karen's death. (Picture: Getty Images)

What questions are left unanswered?

1. Why did Karen leave the nightclub?

This remains a mystery. At around 1am on April 12 of last year, Ms Buckley was in The Sanctuary nightclub in Glasgow’s West End. She told her friends she was going to use the bathroom but never returned. CCTV footage put her outside of the nightclub walking away with Pacteau – but the few minutes between leaving her friends and meeting Pacteau remain a blank.

2. Why did Pacteau kill her?

Pacteau gave no motive under question from Police Scotland. Within 15 minutes of meeting him outside of the nightclub, Ms Buckley had been brutally murdered.  Police Scotland’s Detective Superintendent Jim Kerr, who questioned Pacteau, said “he enjoyed the game” when under questioning.

Pacteau initially denied killing her and attempting to cover up his tracks before later pleading guilty to the charges. Ms Buckley's father John described his daughter's murderer as "truly evil" in a statement after his sentencing.

READ MORE: Glasgow tries to move on from the murder of Karen Buckley