Six things you should know about the North King Street Massacre, a forgotten tragedy of the Easter Rising

Poor children of Dublin collecting firewood from the ruined buildings damaged in the Easter Rising. (Photo by Central Press/Getty Images)

IT HAS been over 100 years since the largely forgotten North King Street Massacre in Dublin.

The massacre on April 28, 1916 saw 15 civilians, including two teenagers, killed at the hands of British soldiers during the Easter Rising.

Some were shot, others were stabbed to death with a bayonet.

The first ever memorial to those who lost their lives in the North King Street Massacre was unveiled in Dublin on April 30, 2016.

Here's what you need to know about the North King Street Massacre...

1. North King Street was locked in

The street is located in Smithfield, just a short walk from the GPO on O’Connell Street where most of the combat took place in Easter of 1916. But though the North King Street Massacre is largely forgotten, it was the scene for some of the most vicious fighting during the Rising. A group of volunteers led by Ned Daly, who had been stationed at the Four Courts nearby, barricaded each of the roads in the area so well that it took British troops days to take over the streets – even with an armoured car. 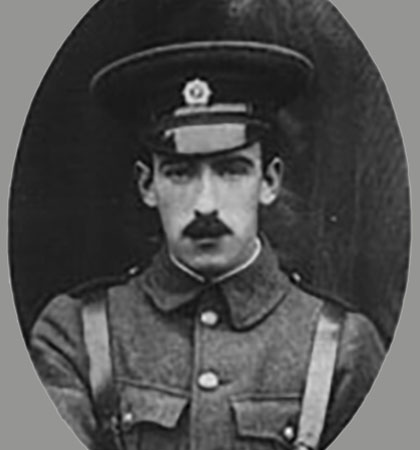 2. British men lost their lives in the lead up to the massacre

British troops lined up to carry out bayonet charges on the barricades set up by volunteers. In the process, 15 men lost their lives when the volunteers opened fire on their platoon with Mauser bullets. Little did the Irish Volunteers know that these deaths would lead to a devastating massacre.

3. The house to house massacre was said to be an act of revenge

Because of the losses incurred by the British side, it was claimed by the Irish that the massacre was a revenge attack. The British troops broke into buildings and shot and stabbed 15 men and teenagers to death. Eye witnesses said the troops moved along the street demanding that the men in each house come outside.

4. Those killed were mainly civilians

While the battles were going on around Dublin, most business owners abandoned their premises, afraid of the heavy fire. But in North King Street, small business owners and employees stayed put to prevent looting. They were buried in various places - including the cellars of their own premises - and the first bodies were discovered about two weeks later.

5. The inquiry placed no blame on the British troops

There were immediate calls for an inquiry, in particular by Ireland’s MPs at Westminster. An inquiry was held and military leader Lieutenant Colonel Henry Taylor dismissed the eye witness account. He said that “no persons were attacked by the troops other than those who were assisting the rebels or who had arms in their possession”. The claims were vehemently denied by the Irish witnesses.

Almost 50 years later, the Bloody Sunday massacre took place in Derry during the Troubles. Though it is remembered as one of the darkest days in Irish history, more people were killed in the North King Street Massacre than in 1972.