A woman has been banned from flying with Ryanair after she failed to control her young son spitting at other passengers, reports  Luke Traynor in The Liverpool Echo.

The mum, her husband, and their three children were escorted away by police waiting at Liverpool John Lennon Airport on Wednesday evening after trouble erupted in Barcelona.

Complaints were made by passengers about a young boy, two, spitting at them while boarding at the Spanish airport.

Trouble continued inside the Ryanair plane as the 6.40pm flight for Merseyside prepared to take off, police said.

The mum of the unruly child refused to secure her child and became abusive to cabin crew.

Onlookers said the woman, in her late 20s, was also threatening towards them as they urged her to keep her son under control.

Ryanair contacted Merseyside Police who were waiting for the family as the plane touched down in Speke at around 8.20pm.

Officers boarded the aircraft and removed the family-of-five, while other passengers were told to remain in their seats.

Merseyside Police said the woman had been spoken to and warned about her behaviour.

She was not arrested. 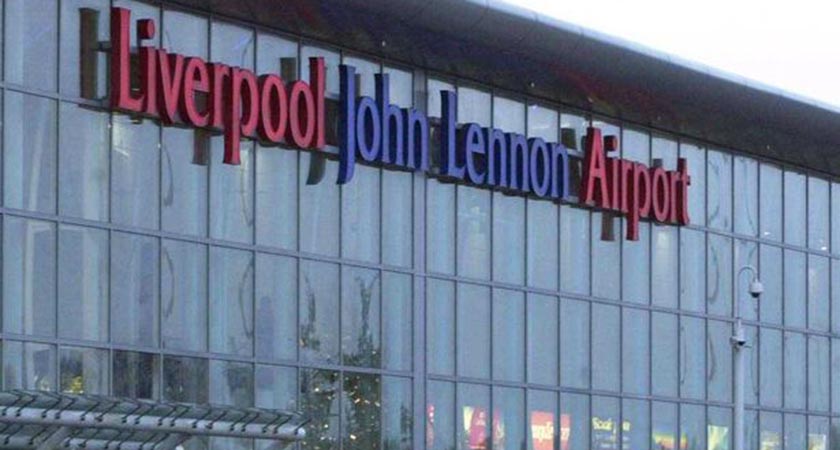 Ryanair did not make a formal complaint, meaning criminal action was not taken, but she was given a “strongly-worded warning”.

The airline has also banned the woman from travelling with them in the future.

One passenger, who was on the flight, told the Liverpool Echo: “As the plane pulled up at Liverpool John Lennon Airport, we were told to remain seated and things seemed to be taking longer than normal.

“A police officer then went to the back of the plane, and another came in the back door.

“We saw a man and a woman, holding a small child, being escorted off the plane.

“A police van was parked below, on the tarmac.

“At the baggage carousel, passengers were telling us how a boy had been spitting at people in the Barcelona departure lounge, they’d asked the parents to intervene, and the mum took exception to that.

“This behaviour carried on when on the plane, threats were made by her, and there was aggression towards the Ryanair stewards.

“It was all pretty surreal.”

A Ryanair spokesman said: “The crew of this flight from Barcelona to Liverpool requested police assistance upon landing at Liverpool, after a passenger became disruptive in-flight, who was removed and detained by police.

“We will not tolerate unruly or disruptive behaviour at any time and the safety and comfort of our customers, crew and aircraft is our number one priority."

US President Donald Trump claims he is ‘all for masks’