Hapenny Bridge in Dublin during the evening shade . Photo: RollingNews.ie 8/2/2005

FOR one reason or another this summer I’ve spent a fair bit of time in Dublin. Dear old dirty Dublin.

Now before I go any further I have to say I’m a city boy who’s been living in the countryside for over 16 years.

I’ve gone from city streets to country lanes, from living on streets of tight terraced houses to living in the middle of a field at the top of a long, bumpy lane.

I love living in the middle of a field. But every now and then I miss the city and need to get a fix of polluted city air.

Dublin offers that a plenty and having spent quite a bit of time there recently I have one thing to say about Ireland’s capital. Quite simply, Dublin is a great, great city. 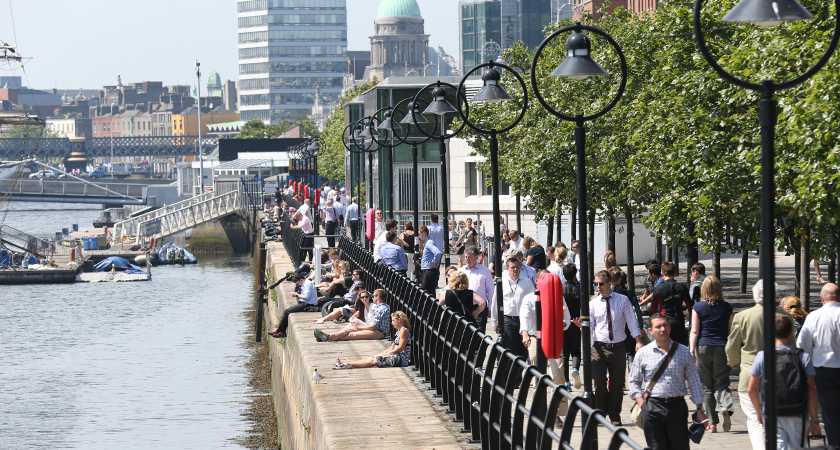 I’m only dipping in remember. But even as a visitor there are things I don’t get.

I don’t get Grafton Street. What’s so special about yet another street of everywhere chain stores and expensive boutiques?

There everywhere and they all look and feel the same. Even the buskers don’t save Grafton Street.

I don’t get how a city the size of Birmingham or Manchester thinks it can support so many top flight football teams in a league that is so much worse off in terms of support. Somehow that just doesn’t make any sense.

I don’t get what’s wrong with Temple Bar. Sure, it’s overpriced, messy, loud and full of tourists. But its busy, buzzing, vibrant and a laugh.

It’s no more fake than Killarney is or Blarney is and maybe there are fewer rich Americans and more stags from Leeds or London but so what. It is what it is and walking through it on a sunny day ain’t too shabby at all.

And guess what? Just around the corner is the oasis of peace that is Dublin Castle and the Chester Beatty Library. Take it from me. Pop in there.

Also like a true capital city the world is in Dublin. Young people from everywhere, all nationalities and all races are walking and cycling and talking and laughing along Dublin’s streets and enjoying being young in Dublin.

It’s kind of beautiful to watch them all and enough to make anyone feel young again. 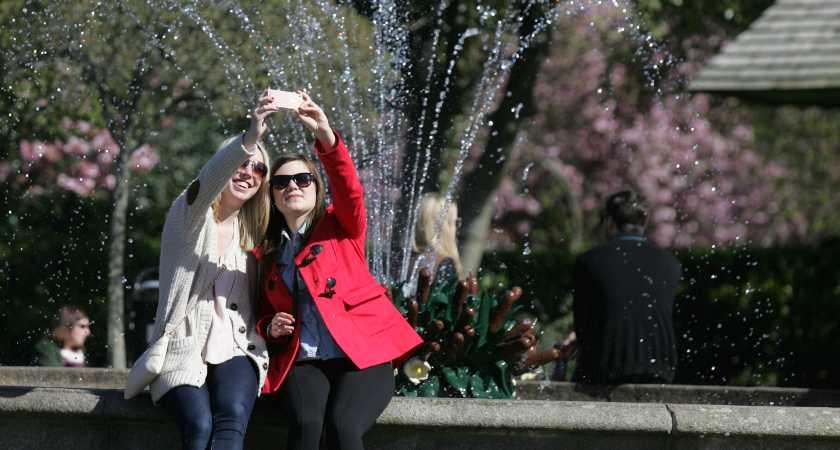 Taking photos in the sun in St Stephen's Green. Picture by RollingNews.ie

Yes, the economic recovery is loaded in Dublin’s favour and Ireland is a severely lopsided country but we have to have a capital city and the one we have is worth celebrating.

Ireland is a small country and amongst other things that smallness lends itself to parochialism. We are often too busy talking up our own counties and cities to do anything but talk down the others.

But Dublin is a properly dirty, messy, graffitied, stinking, alive city. In a country as small as Ireland it is the one large city we have and has that feeling of sheer size and force that Ireland’s other cities don’t have simply because they’re smaller.

The population of Dublin city after all is somewhere around half a million people while Cork as the second city only has a population of just over 100,000, Galway a mere 75,000 and Limerick some 80,000.

The disparity is probably much the same as in England between London and Birmingham or Manchester but because the scale is so much smaller here it is so much more noticeable.

I’ve attended football matches with more people than live in some of those cities. All of those places have their own qualities and I’ve enjoyed them all in their own way.

But for sheer urban experience Dublin is on its own in Ireland, the only one that has that truly big urban feel to it.

Living in the countryside is a beauty all of its own, an enchantment, especially to a city kid like me but every now and then I need that city injection and when I do its Dublin or bust.