A portrait of David Amess MP at a memorial service held at St Michael's Church in Chalkwell, Leigh-on-Sea

CANON Pat Browne, the Catholic Duty Priest to Parliament, has extended his deepest condolences to the family of Sir David Amess who was killed last week during a constituency surgery.

Sir David, who had been a Conservative MP since 1983, was stabbed multiple times during a regular Friday meeting with his Southend West constituents at Belfairs Methodist Church in Leigh-on-Sea, Essex

The MP for Southend West was a practising and devout Catholic. 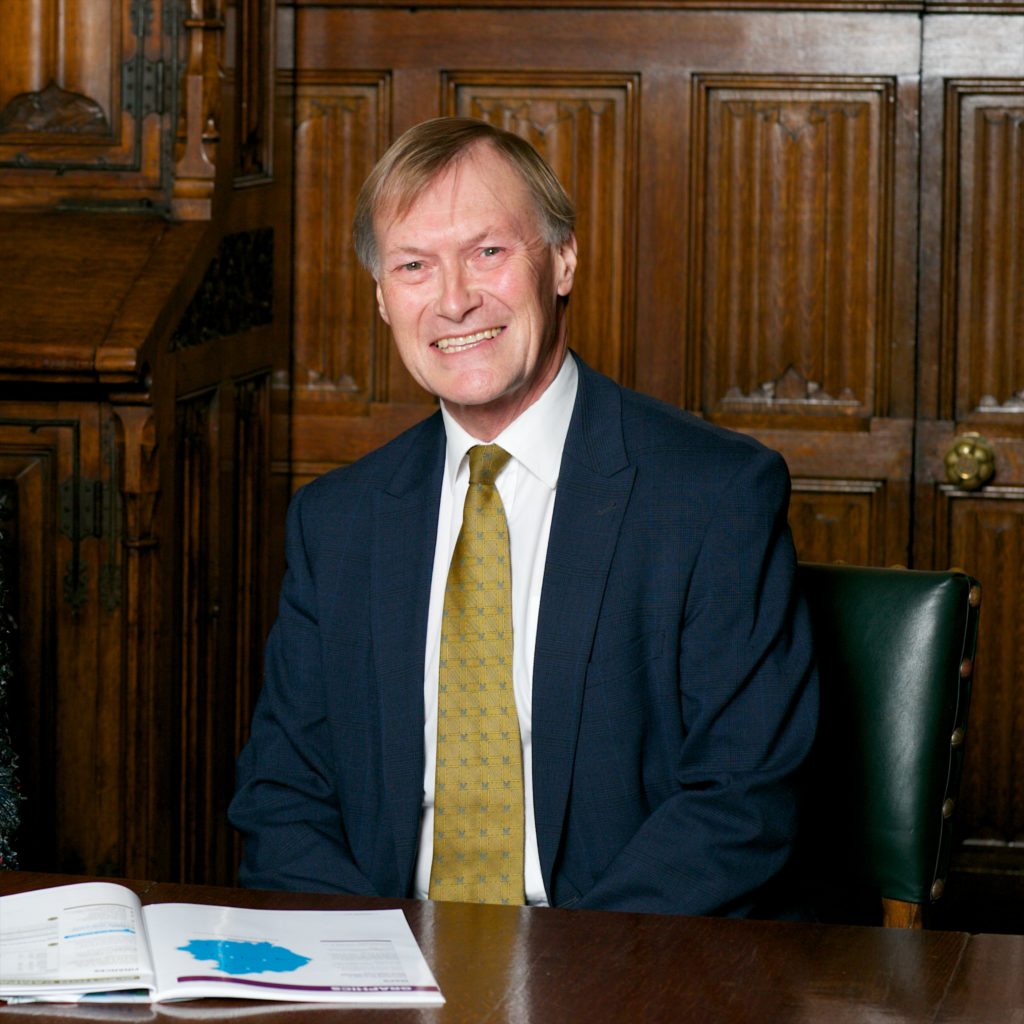 Meath born Canon Browne, who is based in Westminster, officiated at Sir David’s marriage to Julia Arnold in 1983 and baptised all five of his children.

“He was passionate about nurturing and protecting life including his care for the unborn and his care for animals and their welfare and he lived his own life to the full with a wonderful sense of humour and fun.

"He was devoted to his family and his work as an MP. He was my friend.” 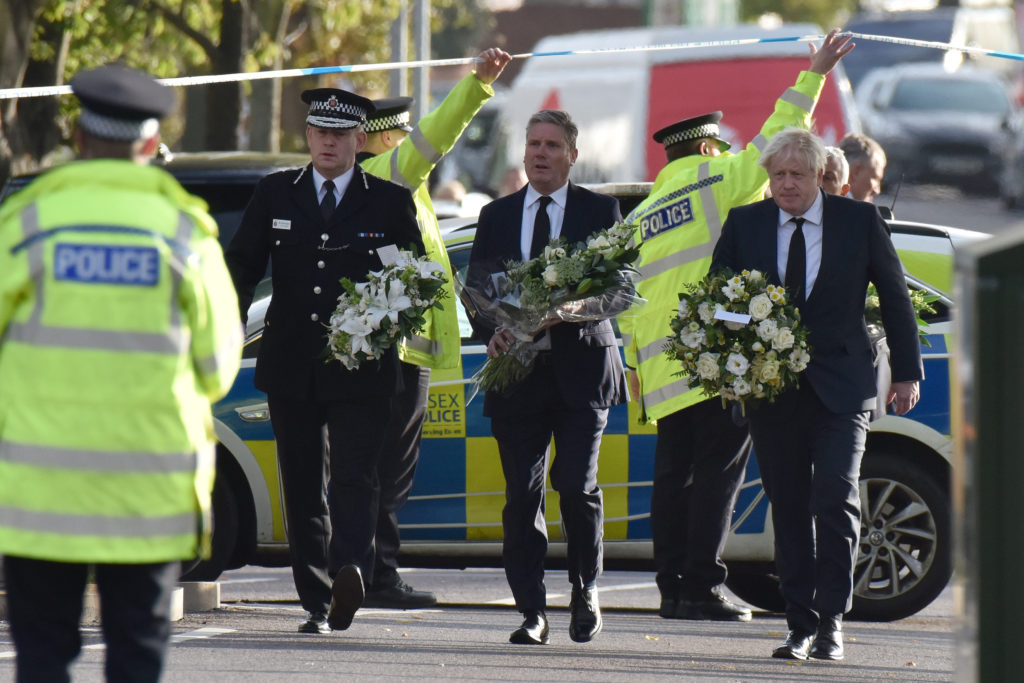 Cardinal Vincent Nichols, Archbishop of Westminster and the senior Catholic prelate in Britain, also paid tribute to the MP.

"The tragic death of David Amess creates a painful loss in so many lives,” he said.

“I pray for him that he be welcomed into the merciful presence of Our Heavenly Father.

“I pray for his family and friends, those reeling from shock at this time. I pray for his constituents all those who worked with him in his political career.” 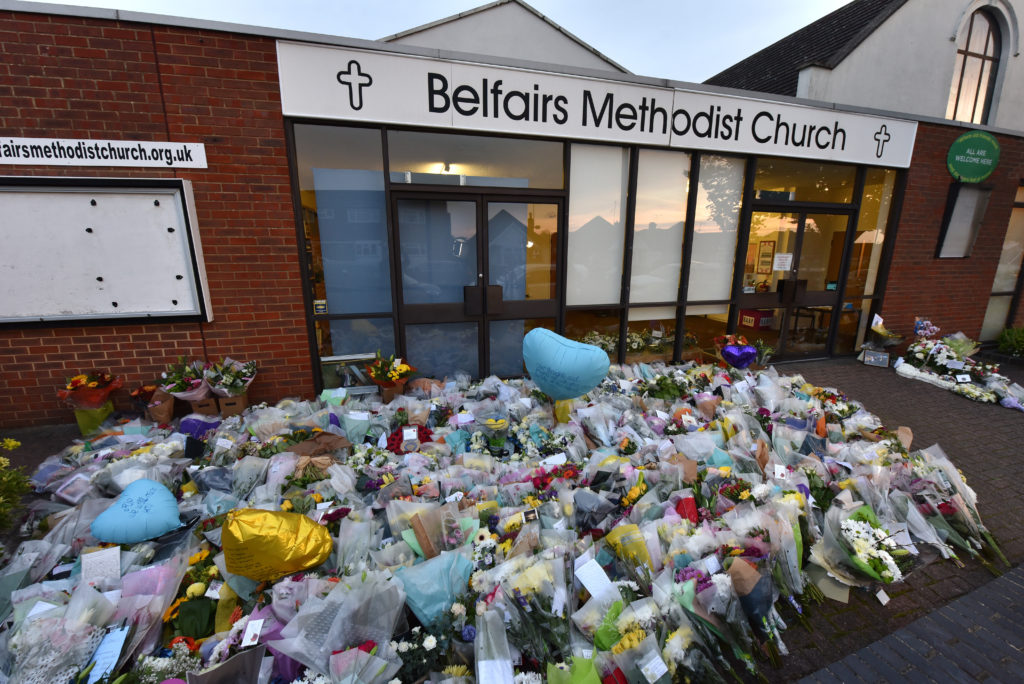 Cardinal Nichols added: "David Amess, as a Catholic, understood the role and importance of the Holy See. It was he who, in 2006, established the All-party Parliamentary Group for relations with Holy See Group, a Group including people from different faiths and beliefs.

“Over the years he led several parliamentary visits to Rome. He was instrumental in the historic visit of Pope Benedict to Parliament in 2010 and in the return visit by HMG representatives to Rome in the following year.”

Conor Burns MP, the Belfast-born MP for Bournemouth West and a fellow Catholic, tweeted: “I have so many fond memories of visits with David Amess to @UKinHolySee on our APPG [All-Party Parliamentary Group] trips. 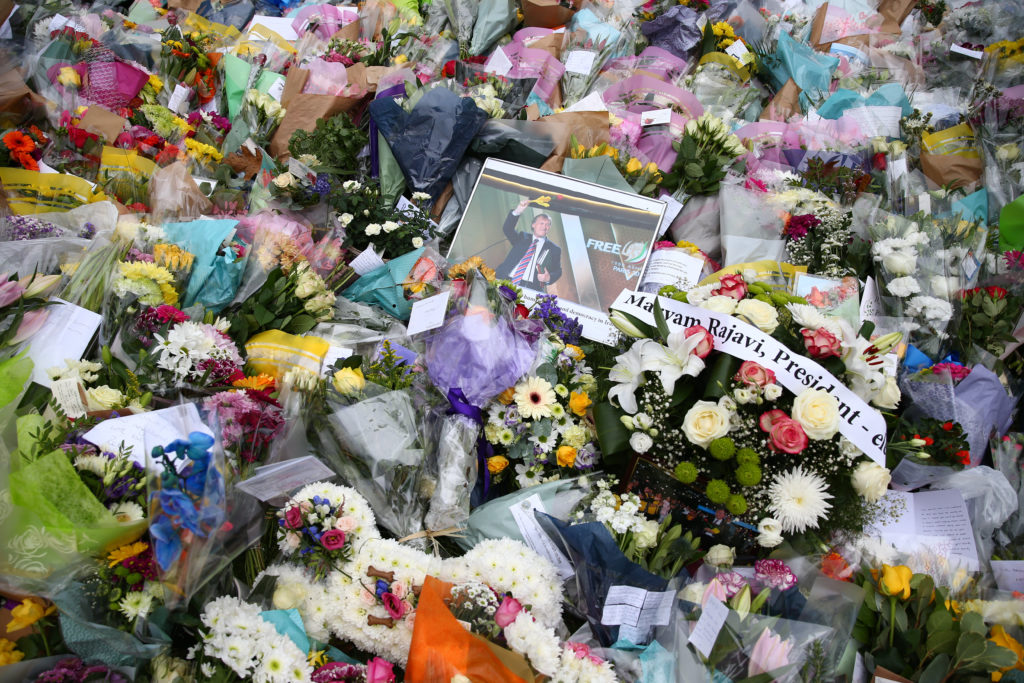 “His warmth was infectious and his irreverence spellbindingly hilarious. RIP. Jesus remember him when you come into your Kingdom.”

The man arrested by police following Mr Amess’ killing has been named as Ali Harbi Ali.

The 25-year-old is being held under the Terrorism Act and officers have until Friday, October 21 to question him.

Whitehall officials confirmed the man's name to the BBC, who report that he is a British man of Somali heritage.

They further report that Mr Ali was referred to the counter-terrorist Prevent scheme some years ago, but was never a formal subject of interest to MI5.