CANON Patrick Browne, Catholic Duty Priest to the Houses of Parliament,  gave the homily at the Requiem Mass for Sir David Amess MP at Westminster Cathedral.

The MP for Southend West, who was killed on October 15, as he conducted a constituency surgery, was a practising and devout Catholic. 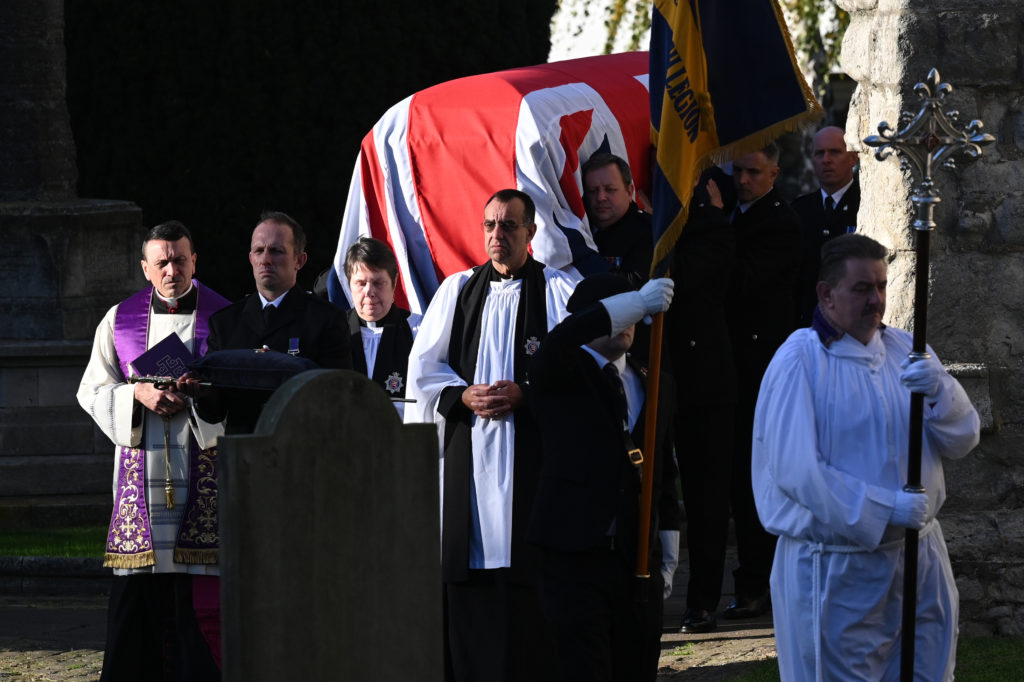 In yesterday's homily, he said: “Just over 38 years ago David Amess, Julia and I stood on this sanctuary.

“They were getting married and I was officiating at the wedding.

“He was the newly-elected MP for Basildon, just three months into the job.

"In the years that followed I baptised all five of his children David James, Katherine, Sarah, Alexandra, and Florence.

“And more recently, five years ago,I buried his mother Maud at the great age of 104.

"Since my appointment to Parliament 12 years ago David's office was one place I was always made welcome into for a cup of tea and a chat. So we go back a long way. 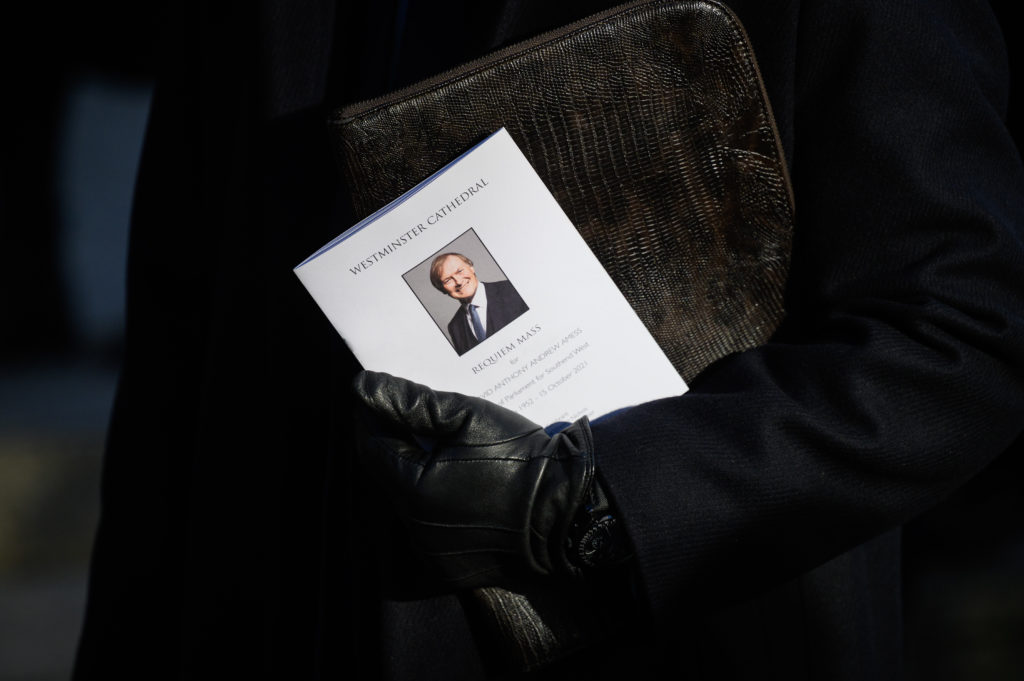 "Sadly, my last visit to his office was on that awful Friday afternoon. I had just finished a wedding in the Chapel of St Mary Undercroft in parliament and heard the tragic news.

“I went over immediately to see his staff. They were devastated.

“There were many tears and it struck me forcefully, these people weren't just his staff. They were his friends.

“They loved him. They were his team. His collaborators in the work for the constituents of Southend West.” 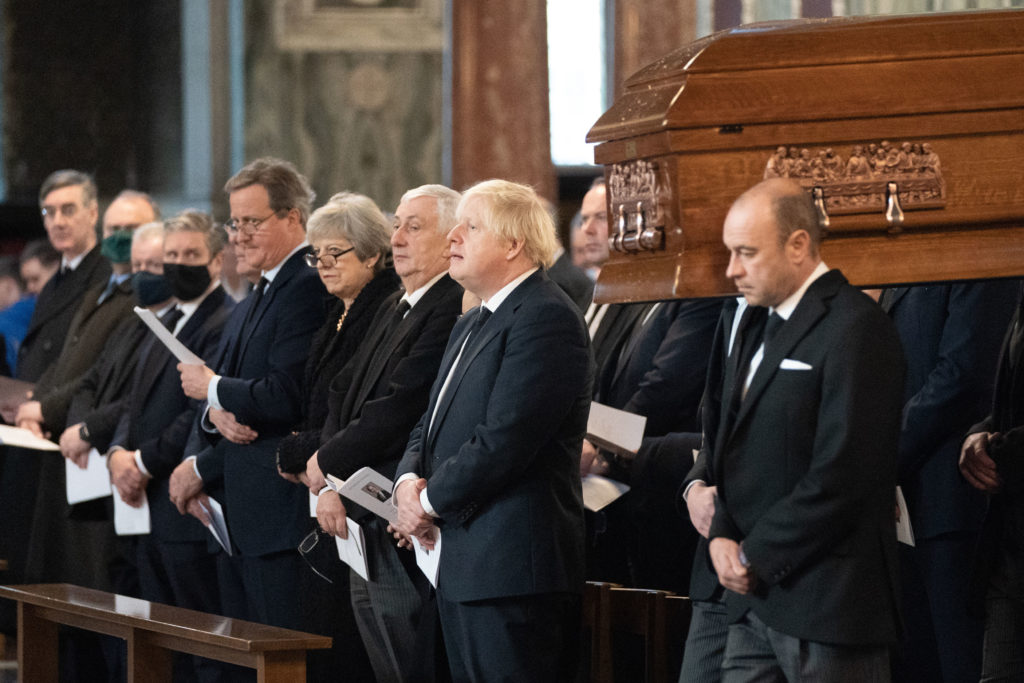 The coffin of Sir David Amess is carried past politicians, including former Prime Ministers Sir John Major, David Cameron and Theresa May, Speaker of the House of Commons Sir Lindsay Hoyle, Home Secretary Priti Patel and Prime Minister Boris Johnson during the requiem mass for the MP Sir David Amess at Westminster Cathedral

Canon Browne also included some light-hearted moments, including one incident at the Vatican.

He told the mourners at the service: “Many will know about the boiled sweet episode; when in St Peter's Square in Rome and the Pope was passing by, how he struggled to find in his pocket his rosary beads.

“Seeking to pull them out for the Pope to bless, he presented instead a boiled sweet in its packet. Which Pope Benedict innocently blessed and moved on.” 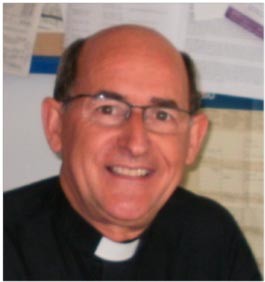 The archbishop said: “Saddened by the tragic death of Sir David Amess, His Holiness Pope Francis asks you to convey his heartfelt condolences and the assurance of his spiritual closeness to the Amess family.

“His Holiness recalls with gratitude Sir David's years of devoted public service guided by his strong Catholic faith and evidenced in his deep concern for the poor and the disadvantaged, his commitment to the defence of God's gift of life and his efforts to foster understanding and cooperation with the Holy See in its universal mission.”