ADRIAN O’Neill is to become Ireland’s new ambassador to Britain as part of the  Department of Foreign Affairs summer rotations.

Mr Mulhall is himself to become Ireland’s new Ambassador to the United States replacing Anne Anderson who is retiring.

O’Neill is currently second secretary at the Department of Foreign Affairs.

He has also been a former secretary general at Áras an Uachtaráin to both Presidents Mary McAleese and Michael D Higgins.

A Trinity College Dublin graduate, he has previously served in Boston, Washington and Madrid.

He is married to wife Aisling with two children, Tomás and Aoife.

With Brexit set to dominate the political discourse between Britain and Ireland in the coming years, Mr O’Neill will be fulfilling his diplomatic duties during one of the most crucial periods for the two countries in recent memory.

Other key movements this summer will include current ambassador to Spain, David Cooney, who will become the new ambassador to Italy.

Current ambassador to France, Geraldine Byrne Nason, who will become Ireland’s permanent representative to the United Nations in New York. 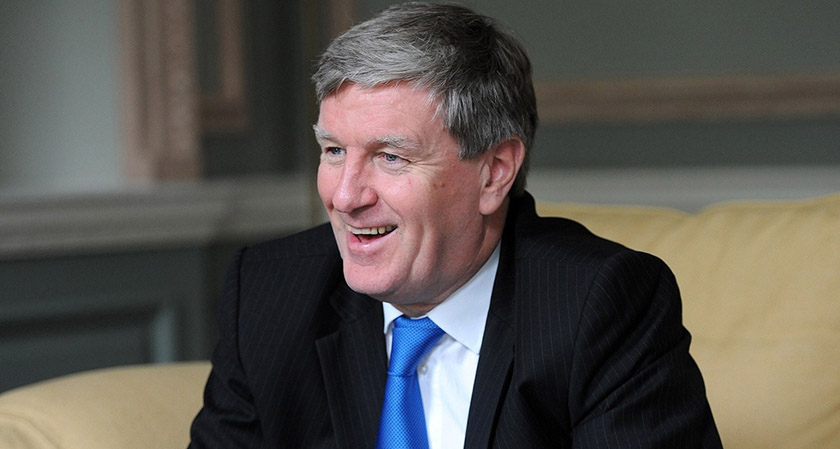 Ambassador Dan Mulhall will be moving to the US. Picture: Malcolm McNally

Announcing the nominations, Minister for Foreign Affairs Charlie Flanagan said the new ambassadors would play important roles in the Brexit negotiations, the country’s vital relationship with the EU and the advancement of Ireland’s partnership with the United States under Donald Trump.

“At this time of significant challenge, Ireland is fortunate to have a very experienced team of diplomats ready to represent and advance our strategic interests around the world,” he said.