AARON CAMPBELL has been sentenced to life with a minimum of 27 years in prison without parole for the abduction, rape and murder of six-year-old Alesha MacPhail.

Campbell, 16, was handed the sentence at the High Court in Glasgow on Thursday morning after being found guilty of committing his heinous crimes last month.

The teenager abducted Alesha at knifepoint from her grandparents' home in Rothesay on Scotland's Isle of Bute in the early hours of July 2, 2018.

Alesha had been visiting her father and grandparents from her home in Coatbridge, Lanarkshire, where she lived with her mother Georgina Lochrane.

Campbell carried the child half a mile to a woodland clearing where he raped and smothered her to death. She was found to have 117 separate injuries.

The killer finally admitted his guilt earlier this morning before he was handed his sentence by Lord Matthews, who took into account Campbell's "breathtaking lack of remorse" in reaching his judgement.

The judge described his shock at seeing a police officer "break down in the witness box" for the first time in his career. 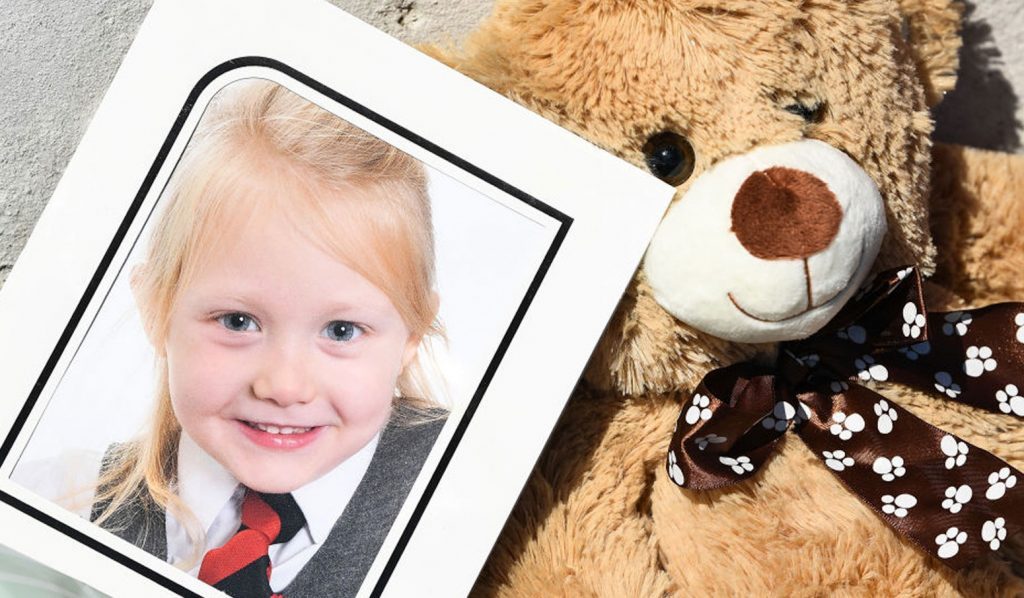 Alesha, 6, was described as an "angelic" child who was always smiling (Image: Getty)

He made it clear that Campbell may never be released, saying that rehabilitating and reintegrating him in future were "remote possibilities".

Alesha's mother Ms Lochrane screamed at Campbell as he was led out of court, branding him a "f***ing disgusting, vile little rat".

In his admission, Campbell described his appalling crime – which occurred following an alcohol-fueled party at his home – as a "moment of opportunity".

He recalled how he texted Alesha's father Robert MacPhail over a £10 cannabis debt which had caused the pair to fall out in February 2018.

But when Mr MacPhail failed to respond he walked to his flat on the same street with a kitchen knife and broke in without waking the four adults in the home – which included Mr MacPhail's 18-year-old girlfriend Toni McLachlan, who the killer accused of framing him before his defence was dismissed.

Noticing Alesha, Campbell abducted the youngster and reassured her by saying he was a friend of her father taking her home.

He was caught on multiple CCTV cameras in the local area carrying Alesha to the lonely spot where she was raped and murdered.

After killing her, Campbell disposed of his blood-stained clothing in the sea before returning to her body to collect his phone and going home. 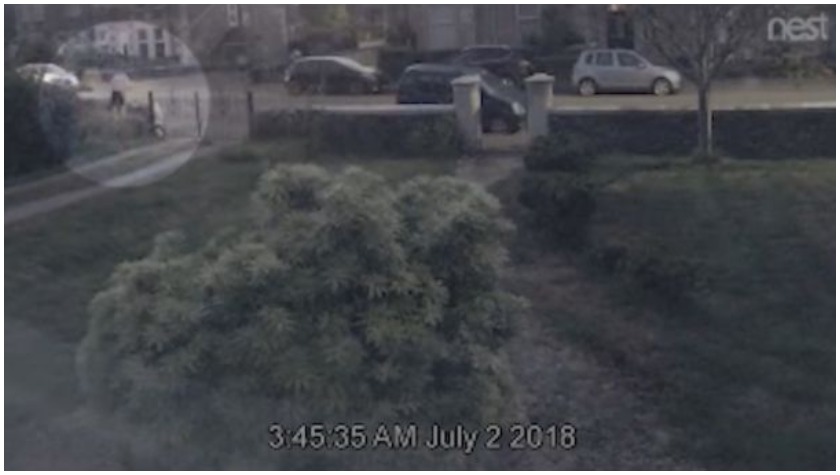 Campbell, 16, was captured on his mother's CCTV coming and going from their home (Image: Police Scotland)

His comings and goings from his house in the early hours of the morning were captured by his mother's own CCTV cameras before she reported his suspicious behaviour to police.

A jury of eight women and seven men took just four hours to unanimously find Campbell guilty of all charges on February 21, rejecting his claims that Ms McLachlan had planted his sperm on Alesha's body as a "pack of lies".

Campbell had been granted statutory anonymity during his trial as he was under the age of 18, but he was publicly named after being found guilty.

In a statement released after the verdict, Alesha's father said day-to-day life had become "almost impossible" after his daughter's killing.

Alesha's mother said "words cannot express" how devastated she was to have lost her "beautiful, happy, smiley wee girl".

She added: "I am glad that the boy who did this has finally been brought to justice and that he will not be able to inflict the pain on another family that he has done to mine.

"Alesha, I love you so much, my wee pal. I will miss you forever."

Iain McSporran QC, prosecuting, told the court that the loss of a child would be hard to bear in any circumstance, but the "bestial manner" in which Alesha was murdered was "simply unfathomable".

The senior investigating officer in Police Scotland's case against Campbell, Detective Superintendent Stuart Houston, said the "senseless and barbaric" slaying had shocked people across Scotland and that "the effects of Alesha's death are still being felt today".