AN ANIMAL welfare charity have released a statement describing the 'shocking condition' of a dog they rescued over the weekend.

Over €2,600 has been raised by over 180 people who have been touched by the story of the abandoned collie dog, which the charity have called Poppy.

Local charity Limerick Animal Welfare (LAW) took to Facebook to describe the heartbreaking rescue of the female collie, who had been discovered by a kind passerby "curled up in a ball at the side of the road".

After being contacted by the passerby, LAW came to the rescue-- but the terrible condition of the pup left even the "seasoned frontline animal welfare worker" who has "witnessed many horrific acts of cruelty" in tears.

"Rolled up in a ball on the side of the road on approach the terrified dog took off scrambling under a bush. How she did this is anyone's guess as both eyes where [sic] damaged," the charity wrote on Facebook.

"One eye was shaded over blue the other was hidden under a ooze of pus and squeeze shut by the swelled jaw and face. 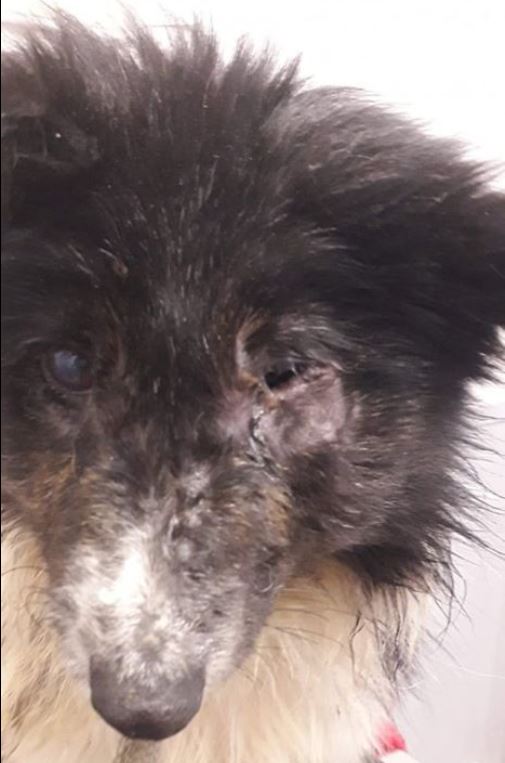 "The swelling was some sort of infection and [judging] by it's size it had been there a while. Other less obvious injuries where [sic] there but we scooped her up wrapped her in a blanket and rushed to Mid West Vets for treatment."

The emaciated, severely injured and flea-covered dog was immediately soothed with pain-relieving medicine as vets worked to make a full assessment to see what will come next for Poppy.

But despite her tough start to life and a long road to recovery ahead, LAW seem confident that Poppy will soon be taken to the sanctuary where she will wait for someone to give her a forever home.

Poppy's story led to an outpouring of love from the people of Limerick and further afield, with over €2,600 being raised to help the charity care for their rescued pups.

Messages of support for Poppy, for LAW and for the work they do flooded the comments underneath the statement, with one person already offering a home for the neglected pup once she's feeling better.

To read more about the work Limerick Animal Welfare do, or to donate towards the care of the animals, you can check out the Facebook page here.