BRITISH Transport Police are appealing for witnesses after a woman was sexually assaulted by two teenage boys with Irish accents on a train in Wiltshire.

The alleged sexual assault took place on the evening of Thursday, September 22, on a South West Trains’ Bath Spa to Southampton Central service.

Police are particularly keen to talk to two women who left the train at Southampton shortly after 9pm and are believed to have intervened in the incident.

Police say that the train was near to the town of Trowbridge when two teenage boys made lewd comments to a woman in carriage B, before one of them attempted to kiss her.

The pair are described as white teenagers speaking with Irish accents. They are also thought to be brothers.

One is understood to be 14-year old and is described as being of a tanned complexion with floppy brown hair. His companion, who is believed to be slightly older, is taller with short brown hair and was wearing a white vest and grey shorts.

The teenagers got off the train at Trowbridge, which continued down the line to Salisbury where it arrived at 8:30pm, before terminating in Southampton half an hour later. 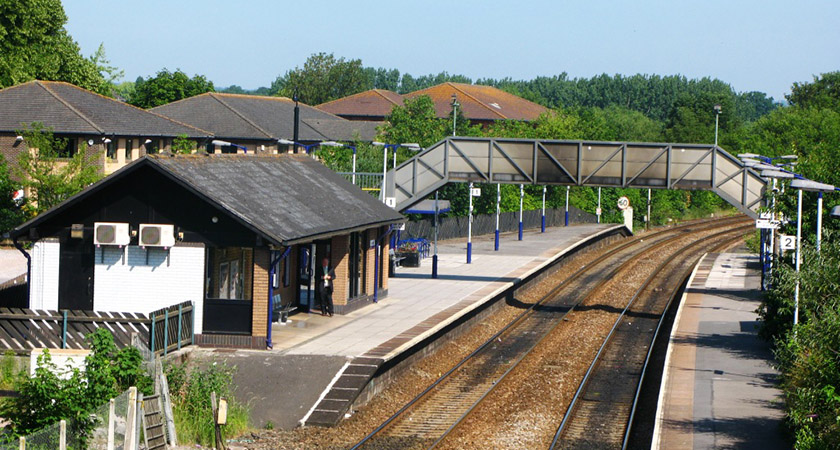 The teenagers alighted at Trowbridge Station [Source: Wikipedia Commons]
Detective Constable Amy Perry said: “We will not tolerate unwanted sexual behaviour and to see it coming from two teenagers is very concerning.

“It is important we identify these boys so we can speak to them about their conduct and put a stop to it.

“We know two women, who left the train at Southampton, stepped in during the incident and their intervention resulted in the teens leaving the train Trowbridge.

“Their accounts could really help with our investigation and I would urge them, or anyone else who saw what happened, to come forward.”