Are these the most expensive Irish books in Britain?

NESTLED in the corner of a London bookshop is a copy of James Joyce’s Ulysses.

Nothing too interesting about that, but its price tag may make you sit up and listen – the extremely rare first edition will set you back £250,000.

Peter Harrington, a bookseller specialising in rare, valuable books, has several Irish gems in its Chelsea and Mayfair stores.

Pom Harrington, the son of the late Peter harrington who opened the Chelsea store in 1997 after decades in the business, is passionate about old books.

And it is this Irish tome, he told The Irish Post, which is especially renowned for its value.

“Ulysses has always been the top collector’s novel in English literature,” he said. “It’s huge here and in Ireland and further afield and it was published in Paris so the French like to claim it as their own – it’s a very popular collector’s item there.” 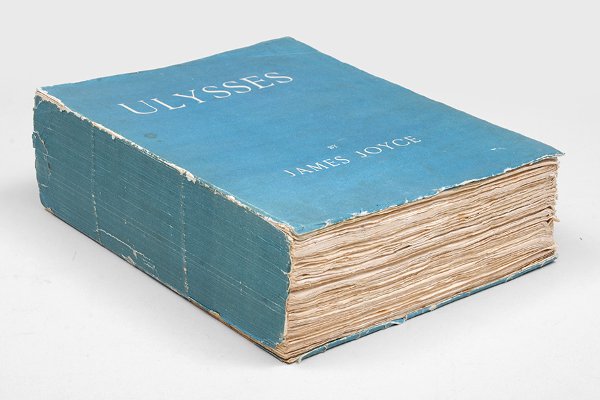 This copy of Ulysses costs a quarter of a million pounds. Picture: Peter Harrington

James Joyce’s best known work, Ulysses has topped several ‘best novel’ lists around the world. However, at the time of its release it was not an instant hit with publishers.

Censorship issues meant that Joyce was unable to get Ulysses published in Britain or Ireland, so he decided to have it published in his adopted home of Paris.

Its publication went ahead and in its initial run there were just 100 copies of the book printed on thick Dutch handmade paper – all of which were signed by the author himself.

Within a year, Ulysses was widely recognised for its literary brilliance and copies were selling for above the marked price.

Harrington believes less than 20 are privately owned in the world – and  thus their copy comes with a £250,000 price tag. 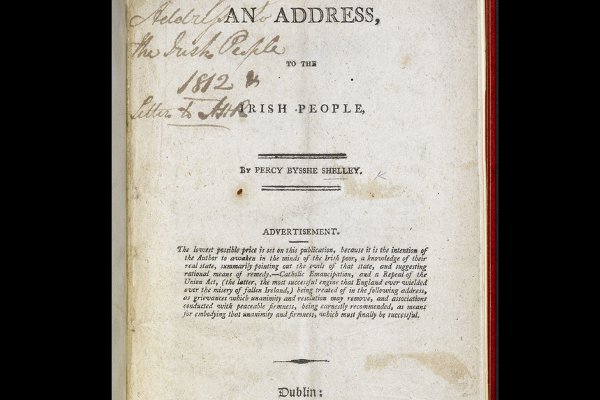 English poet Percy Bysshe Shelley visited Ireland back in 1812, between February and April. At this point, the Irish Parliament had devolved powers under British rule – but Catholics were banned from becoming MPs.

This, along with the general living conditions of Irish Catholics made Shelley very sympathetic to the plight of the Irish and he decided it was time to inform the British public about the conditions that the Irish people were living in under the King’s rule.

His visit to Ireland inspired Shelley to write his address to the Irish people – encouraging them to “think, read and talk”.

Shelley distributed his pamphlet by flinging copies from his balcony, sending some up the Bristol Channel and going up in a hot air balloon and throwing them down.

Needless to say, many copies were destroyed in the distribution phase but one of the surviving copies is for sale at Peter Harrington for a whopping £100,000. 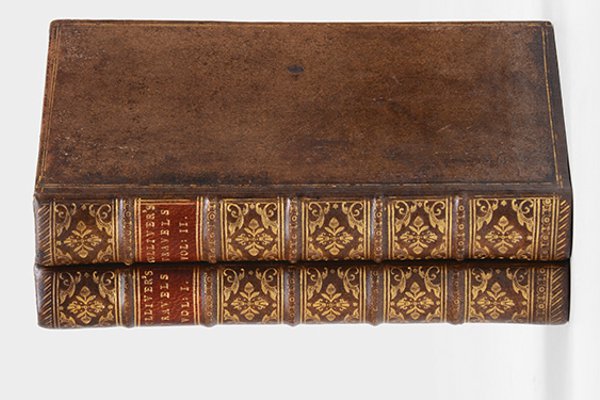 These first edition books are almost 300 years old – but in immaculate condition.

“Gulliver’s Travels is one of the rarest books in the English language for collectors,” Peter Harrington literature expert Sammy Jay told The Irish Post.

There are two volumes of Jonathan Swift’s most renowned work on offer at Peter Harrington, for the combined figure of £45,000 for the handsome set. 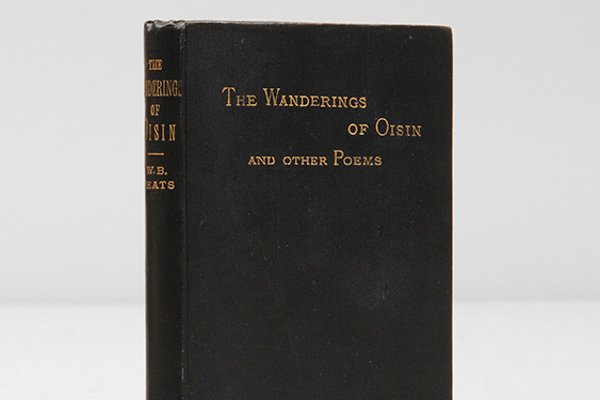 Yeats' personalised book of poetry is in the region of £15,000. Picture: Peter Harrington

While W B Yeats is renowned worldwide from his romantic poems, this volume is special, Jay tells us.

This particular volume was presented to Joseph Skipsey, a young man from Northumberland that Wilde met in England. Skipsey was the son of a miner and resisted pressure from his family to follow his father to the pits; instead pursuing writing and poetry.

Wilde presented him with a copy of his book, inscribed with the message: “To the poet of the North Countrie Jospeh Skipsey with the author’s kind regards.”

Because of the personal message in the book, this copy is worth £15,000.