'As the son of an Irish Navvy, I want better recognition for the part they played in building modern Britain'

AT the last election in June, I was delighted to regain my seat as Member of Parliament for the Vale of Clwyd in North Wales.

I am also very proud to have be appointed as a shadow Minister for Wales on the Opposition front bench team led by Labour leader, Jeremy Corbyn.

That and serving my constituency, doesn't leave me much spare time - but I am determined to fulfil the ambition I have of creating greater awareness and respect for the role of Irish migrants who helped to build modern Britain.

Earlier in the year, as a small step in that direction, I entered and eventually won a ballot of MPs to stage my own exhibition in St Patrick's week to celebrate the contribution of Irish Navvies.

Normally, when Irish visitors enter the House of Commons, they are first reminded of British history by the towering statue of Oliver Cromwell looking town from his plinth.

For St Patrick's week, the Irish had the good fortune to walk into an inspirational collection of paintings by another larger than life character - Presidential Award winner and extraordinary artist, Bernard Canavan.

The Co. Longford-born painter, tells the story of the Irish Navvy in his own unique way, developing a signature style in his representation of the migrant experience - the bad times and the good.

I wanted to celebrate the contribution of Irish Navvies in developing modern Britain without neglecting the sacrifices and isolation experienced by so many.

Organisations like Aisling have done a fantastic job giving a lift to some of those that fell upon hard times and open a door back to reconnect with their home country. 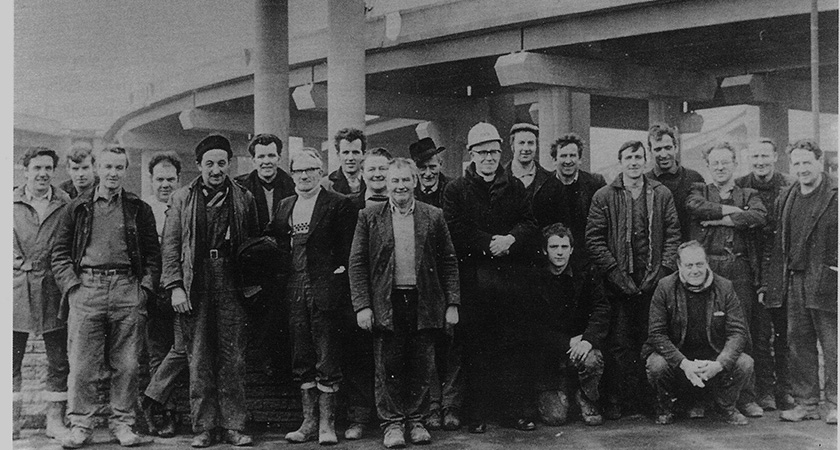 Some of the Irishmen who built Birmingham's Spaghetti Junction (Picture: Brendan Farrell)

As a Labour MP, I know the role my predecessors played supporting the unions in their fight for construction safety and fair play; battling against the anti-trade union 'Lump' and supporting wider issues of civil rights and justice". They were tough times, alright.

Many will know that I am proud to remember my own Irish Navvy father. But I am not the only Member of the House to feel that way.

In the Commons and the Lords, I have already found and connected with 12 sons and daughters of Irish Navvies. There are others, you bet.

There are also the sons and daughters of Irish nurses and I don't want to overlook them or their experience. On July 5 this year, we will celebrate the 70th anniversary of the National Health Service.

Let's remind our neighbours that the history on the NHS is also a history of economic migration. By 1971, 12 per cent of nurses in Britain were Irish nationals.

The St Patrick's week exhibition provided a focus for MPs from across the political spectrum to consider this and start a dialogue with Irish centres, local groups, artists and historians, film-makers and musicians - all looking at ways we can create greater awareness of the Irish contribution to our cities and communities.

We are interested to learn about formal archive collections, commemorative artistic works  and better use of social media.

During the opening event in the House of Commons, Irish Senator, Frank Feighan, immediately supported a proposal that Irish Navvies and Irish nurses should be represented among the 30 Diaspora commemorative stamps - a year 2020 project currently under development by the Irish Postal Service, An Post.

I believe every member of the Irish community has something to gain and something to contribute to this project, whether it is by telling their own story or showing their support in other ways.

Manchester businessman John Kennedy, proud of his roots in Co. Mayo started the ball rolling by donating to the University of Westminster archive collection with an archive donation of the very shovel he brought with him to England as a lad.

Of course, I stand corrected by John Kennedy - that his gift was, in fact , a "graft" - a distinction the Oxford English Dictionary has still to catch up with. 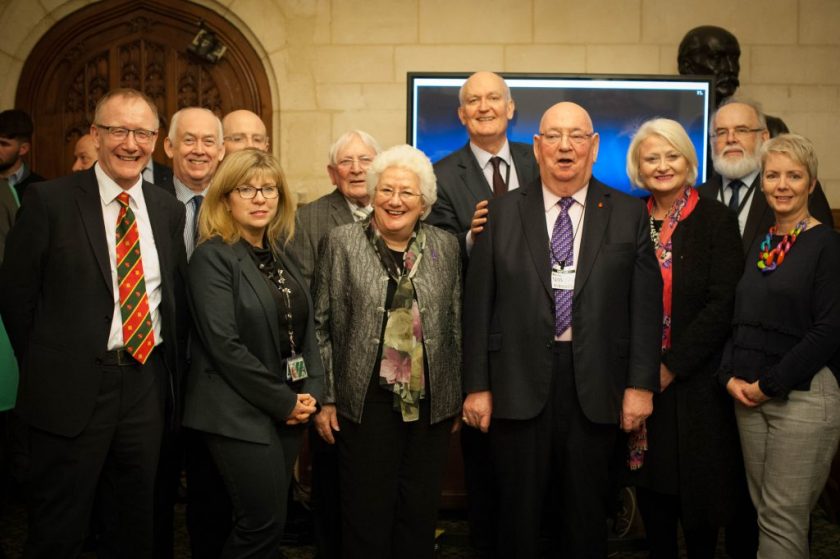 We want to do more to help promote the Irish Diaspora Museum in Dublin and make sure the Irish in Britain experience is fully reflected there. But at the same time, I think there is a job of work to be done in this country.

In London, groups like the Green Curtain Irish Theatre company and the Hammersmith Irish Cultural Centre are doing a fantastic job in raising awareness.

There are small but important projects underway throughout the country.

I would like to see more MPs, political leaders and the big city mayors brought in to help fly the flag for the Irish in Britain community and bring in the investment needed to attract visitors and and to create jobs within the community.

Community organisations are doing a wonderful job and bring in volunteers to support their work. Groups are supported generously by the Irish Embassy and the Emigrant Support Programme.

But too many Irish Studies courses are falling by the wayside; Irish archives closed to public view; artists, dancers, performers, musicians resigned to living on low pay if they are paid at all.

Our heritage is a great thing; but we need to find ways to tell our story. Our history needs better recognition and I'm going to be looking for ways to do that.