ASDA have been fined for polluting a river in Northern Ireland that flows into a lake which provides the nation with 40% of its drinking water.

The retailer was charged with dumping diesel and oil into the Six Mile Water river at Ballyclare, Co. Antrim in February this year.

Asda pleaded guilty to the charge at the Belfast Magistrates Court yesterday and was fined £7,500, plus a £15 Offender Levy.

The size of the fine was described as "nothing short of pathetic" by Friends of the Earth Northern Ireland.

"A fine of just £7,500 for a company as big as Asda is not a deterrent but an incentive to pollute," they said.

The Norther Ireland Environment Agency (NIEA) sprung into action when reports emerged of oil in the Antrim river on February 11.

A clean-up operation was launched, with oil absorbing booms to prevent more of the toxic oil from flowing into the waterway being deployed, before legal action was eventually taken against the supermarket giant.

An NIEA spokesperson said: "On 11 February 2019 a water quality inspector acting on behalf of the Northern Ireland Environment Agency and duty emergency pollution officer responded to a number of reports of oil present in the Sixmilewater at Ballyclare. 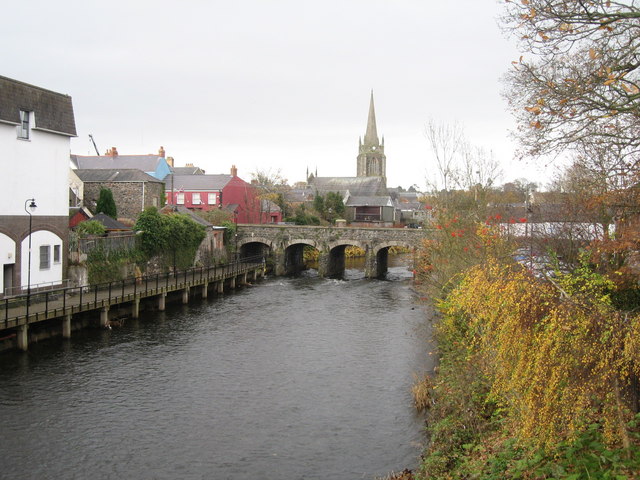 "Inspectors began to investigate the report of pollution associated with a spill of red diesel fuel on the Asda Ballyclare Superstore site.

"They observed two integrally bunded tanks adjacent to a large generator, fuel oil/red diesel was observed on the ground surrounding the tanks.

"The Sixmilewater flows into Lough Neagh and is an important river for Brown Trout, Salmon and Dollaghan.

"Lough Neagh is the biggest freshwater lake in the UK and 40% of Northern Ireland’s drinking water is taken from it. It has a unique habitat with many species of plants and animals and as such has been designated as an Area of Special Scientific Interest (ASSI) and is a Special Protected Area (SPA).

Friends of the Earth Northern Ireland director James Orr added that polluting the river was a "national disgrace" and that the courts had failed the surrounding wildlife and local people.

"The Six Mile Water is a beautiful river that is yet again in the news for the wrong reasons. More toxic pollution in this salmon river, the Lough Neagh nature reserve and our drinking water is a national disgrace.

"A fine of just £7,500  for a company as big as Asda is not a deterrent but an incentive to pollute. Fines in Northern Ireland for polluting lakes and rivers are nothing short of pathetic.

"The courts have again failed our rivers and our loughs. The courts must realise that these rivers are not sewers but vital to nature and at the wellbeing of people.

"For too long we have seen the hard work of the agencies undermined by fines that are so low that they only encourage further pollution.

"It's time for the courts to wake up and understand that they have a duty to protect nature and our drinking water from the devastating impact of pollution."

Regarding the incident, Asda released the following statement:

"We work hard to help protect the local environments in which we operate and take our responsibilities very seriously.

"This was an isolated incident that was caused by an accidental spillage and we would like to reassure local residents that immediate action was taken to fix the issue.

"The spillage was contained to a very small area and the river was not contaminated. We are sorry for any upset or inconvenience this has caused and also thank our colleagues for their prompt action to help resolve the issue."