THE Attorney General for Northern Ireland has said prosecutors were correct in not taking action against Gerry Adams for withholding information about his niece being sexually abused by his brother Liam.

The PPS also confirmed that the Sinn Féin leader will face no action over the alleged offence after it had completed its own review of the decision whether or not to prosecute.

In 2013 Liam Adams, the brother of the Louth TD, was jailed for 16 years for raping and abusing his daughter after being found guilty of a series of assaults on his child Áine Dahlstrom between 1977 and 1983.

She was aged between four and nine at the time.

Last month the 59-year-old, formerly of Bernagh Drive from west Belfast, lost his appeal at Belfast High Court to overturn the convictions. 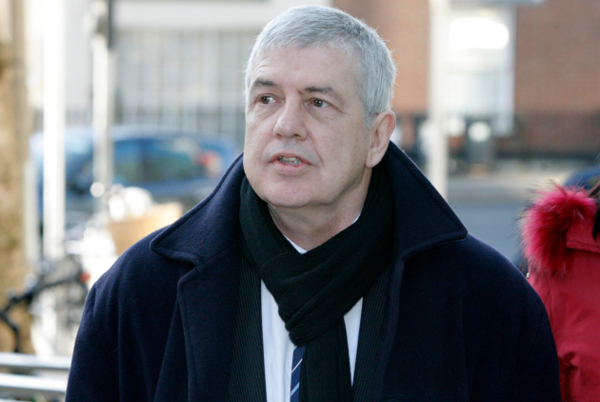 In the wake of his brother's conviction, Gerry Adams faced mounting pressure over his failure to tell police that he knew about the abuse.

He admitted that his brother had confessed to him in 2000 but that he did not make a statement to police about the abuse allegations until 2007.

During that time Liam Adams continued to work with children in youth clubs in Belfast.

His offending was described in court as the "greatest imaginable breach of trust" by the judge, who said he "used this child for his own sexual gratification, whenever he had the opportunity".

After the sentencing at Belfast Crown Court in 2013, Áine Dahlstrom expressed her "absolute relief that this nightmare seems at last to be coming to an end" but added: "It is still much too little, too late.”

Yesterday Deputy Director of Public Prosecutions Pamela Atchison confirmed the PPS had met with Mrs Dahlstrom who said that "she has nothing further to add to her statements and that she does not wish to see this matter pursued any further".

Ms Atchison, confirming Gerry Adams would face no action, added: “Accordingly, we have concluded that there is insufficient evidence to meet the test for prosecution in this case.”

In October 2013 the Director of Public Prosecutions asked Attorney General for Northern Ireland John Larkin to review the decision-making process behind the PPS decision not to prosecute Mr Adams.

The report, completed in December 2013, could not be published until the conclusion of Liam Adams’ two trials and appeal last month.

The Attorney General was asked to looked at a number of issues, namely whether the PPS followed procedure and whether existing or potentially available evidence was handled in a satisfactory way.

The purpose of the review was not to decide whether Mr Adams should be prosecuted for the offence of withholding information.

Attorney General John Larkin made a number of recommendations including that the PPS considers amending its Code for Prosecutors to allow it to make a decision in the public interest in exceptional cases - such as those involving sexual abuse within the family.

Mr Larkin said he "recognises that prosecutors can face difficult decisions in cases involving sexual abuse within a family".

He also said that this is often the case "where there is some degree of knowledge among family members and that it is unlikely to be in the public interest to prosecute them, particularly where they may be able to give evidence in support of the victim of abuse".

Since April 2010, the PPS has prosecuted 19 people for withholding information - none were related to a cases of sexual abuse.

Deputy Director of Public Prosecutions Pamela Atchison, said: “We accept the Attorney’s suggestion that in exceptional circumstances, such as this case of familial sexual abuse, it is right that our Code for Prosecutors should allow us to consider the public interest test prior to our having reached a conclusion in relation to the evidential test.

“Accordingly, we have launched a consultation process on a new amended Code which includes this proposed amendment, along with a number of other updates."