AZEALIA Banks has revealed she will "never" step foot in Dublin again after the recent outrage over her remarks about Irish women and the Great Famine.

The US rapper, 27, aimed a series of crude insults at Ireland and its people last week after a row with an Aer Lingus stewardess saw her miss a flight to Dublin Airport ahead of a gig at The Academy.

Banks eventually performed at the Dublin venue despite a massive backlash against her comments online, before playing two gigs in the UK this weekend and flying home to New York.

Once again taking to Instagram before her journey home on Monday, Banks told her followers that her bizarre Irish adventure would be her last.

"I’m not even going to the Irish pub no more. I ain’t drinking no Guinness. Hell no." 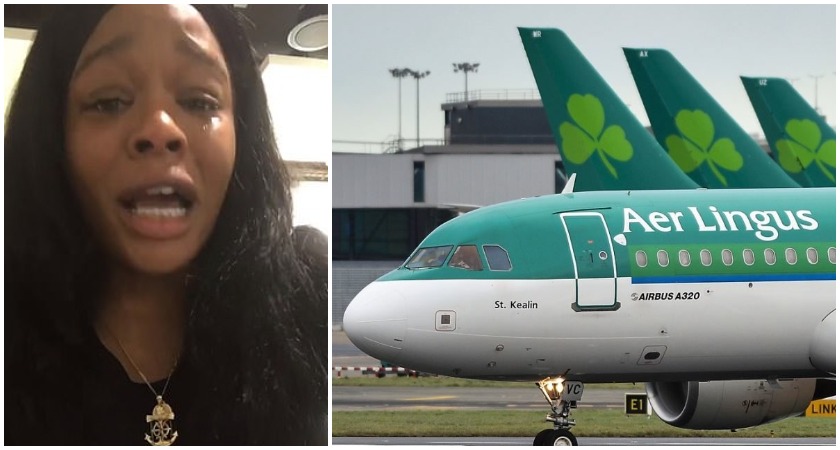 Banks, 27, went into meltdown mode after a row on an Aer Lingus flight on January 21 (Image: Instagram/File)

The recent furore began on January 21 after Banks removed herself from an Aer Lingus flight to Dublin following a row with a member of cabin crew at London's Gatwick Airport.

The controversial musician shared a series of Instagram Stories in the wake of the incident in which she branded Irish women "ugly" and claimed to have been treated like "some sort of animal".

Banks later continued her diatribe after arriving in Dublin by ferry, attacking the reigning Rose of Tralee Kirsten Mate Maher and even mocking the Irish Famine.

Responding to one follower, she said: "Don't you have a famine to go die in?" – in reference to the 1845-49 blight which killed at least 1 million Irish people.

"You lot are a bunch of prideful inbred leprechauns who have ZERO global influence and ZERO white privilege," she added.

"The rest of the world's white folk don't want to associate with you lot at all and it's because you are barbarians... I'm happiest knowing the Irish are quarantined on an isle so they can continue to inbreed and keep their defective genes away from humanity."

Her online tirade came in stark contract to her comments during her gig at The Academy, in which she complimented "beautiful Irish women" and wore a Tricolour hat.

Banks has developed a controversial reputation in recent years after a series of high-profile feuds, having engaged in spats with everyone from Russell Crowe and Elon Musk to Beyoncé and Lady Gaga.