BACK TO WORK: London Mayor warns empty offices are a ‘big problem’ as country faces worst ever recession

THE Mayor of London has urged companies to get employees back in their offices as the country faces the worst recession it has ever seen.

Despite lockdown restrictions easing this month, allowing firms to welcome employees back to their place of work, the return to offices has been slow – with many continuing to work from home.

Now, as Britain enters its first recession since the financial crisis of 2009, London Mayor Sadiq Khan has warned that London’s empty offices are causing a “big problem” for the economy. 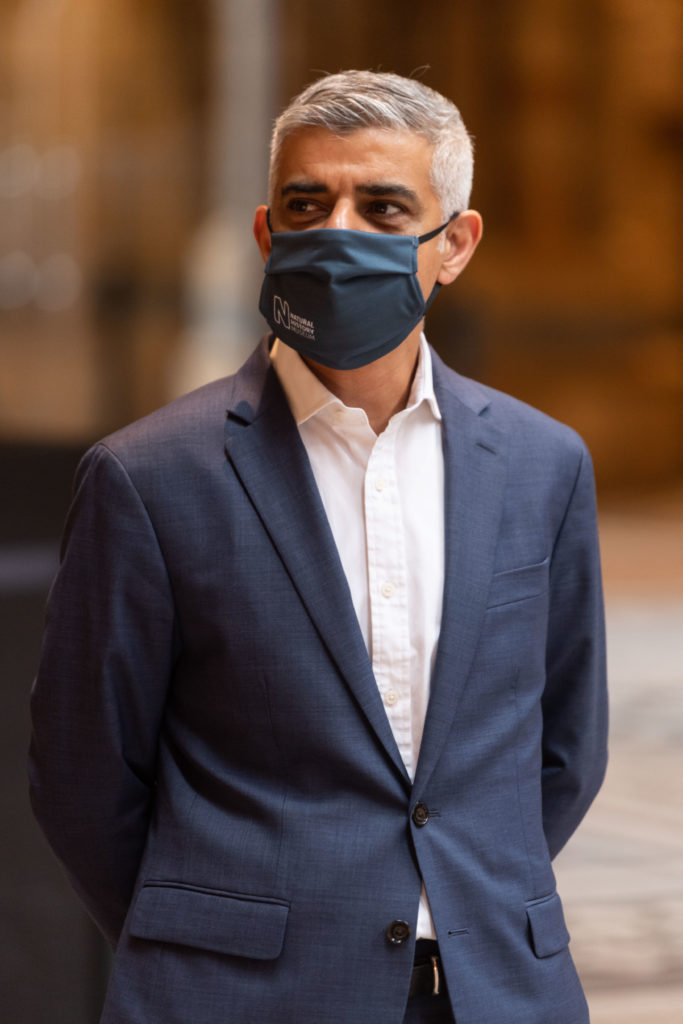 “The key thing I think we need to understand is that if we all stay at home working it’s a big problem for central London,” Mr Khan said in an interview with the LBC radio station.

“Many small businesses rely on your workers going to work, the café bars, the dry cleaners, the shoe repair shops and others,” he added.

“When I meet those, not just in the culture industry and hospitality, small businesses they are struggling.”

Speaking candidly about the fact that large companies are continuing to allow employees to work from home, and the negative impact that these “hollowed out” offices are having on Britain’s already buckled economy, he explained: “Of course, there’s a choice for you to make as a big employer. I love London because of its eco-system. I don’t want a hollowed-out London.”

He went on to reassure firms in the capital with employees who need to commute to and from their offices that the city’s public transport system was safe for them to use.

“In City Hall we have made sure we have got everything ready; we’ve used July and August to make City Hall safe,” he said.

“What I would say to other big employers is that we are doing what we can to make sure London is as safe as it can be. “

He added: “You have seen at TfL the enhanced cleaning regime we are doing; you have seen the testing we are doing, the hard work we’re doing to provide a record number of buses and tubes and other things in the context of a pandemic.”

Mr Khan’s warning and call for employees to get back to work came in the same week that Chancellor Rishi Sunak confirmed Britain had officially entered into a recession unlike any the country has previously seen.

“What we are grappling with is something that is unprecedented, and we don’t have a playbook for how to deal with it,” he told the BBC.

On Wednesday, August 12, the Office for National Statistics (ONS) announced the country’s first recession since the financial crisis – revealing the economy shrunk by 20.4 per cent between April and June.

Chris Davies, Managing Director of DRS Bond Management, the largest independent surety bond brokerage in the UK and Ireland, believes businesses that operate within the social distancing guidelines while bringing employees back to work will help the city return to some form of “normality”.

“Covid-19 has delivered a cardiac arrest to the economy and this is magnified in the City and West End,” he told The Irish Post.

“Avoiding a spike in infections by following social distancing guidance is essential to a gradual return to something approaching ‘normality’,” he added.

LBC radio presenter Nick Ferarri has also joined the call to get workers back in offices, stating on his daily breakfast show: “People need to go back to their places of work. It’s better for you to go to the office. You get away from your husband, your wife, your children.”

He added: “Do you know why we have offices? So you can do some damned work. I’ve had enough of Zoom calls.”