Basejumper, 47, dies after crashing into 9,500ft Italian mountain when 'parachute failed to open'

Robert Haggarty, 47, was on a trip to Italian Alps with 25 of his pals (Image: Facebook)

A BRITISH thrill-seeker has died following a tragic basejumping accident in the Italian Alps.

Robert Haggarty, 47, was killed after leaping from the 9,500ft Busazza mountain in the Dolomites, north of Venice at the weekend.

Mr Haggarty, from Andover in Hampshire, crashed into a ledge on the mountainside after falling around 600ft in a wingsuit.

The alarm was raised by witnesses who saw him having difficulty with his parachute shortly after jumping.

The deceased, who was on a basejumping trip with 25 pals, had been flown to the top of the mountain in a helicopter. 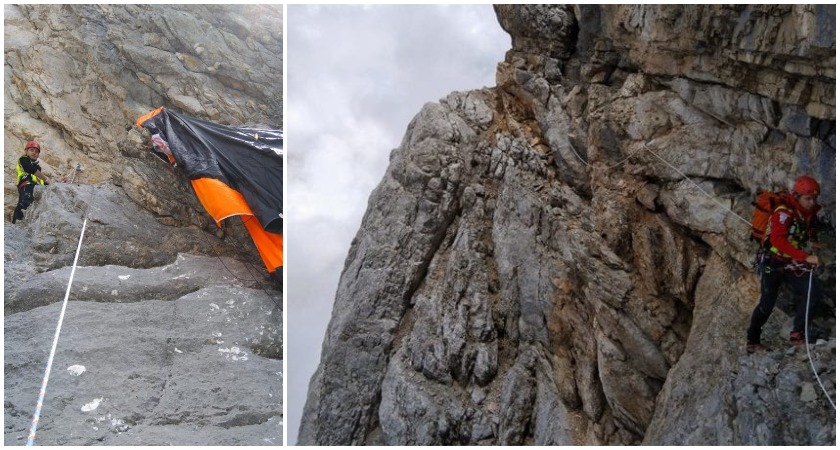 Italian Alpine Rescue workers faced significant difficulties in recovering his body due to rough weather in the area and the extreme steepness of the terrain.

Three rescuers were winched down from a helicopter and managed to locate Mr Haggarty’s body on a ledge, before transporting the remains to a local morgue.

It marks the first basejumping death in the Dolomites this year.

The sport is one of the most dangerous in the world - with a fatality and injury rate 43-times higher than parachuting from an aircraft.

Wingsuits allow basejumpers to fly at speeds of up to 120mph before deploying a parachute and floating down to the ground.