Ireland are still unbeaten in the 2020 qualifying campaign – but they should have been celebrating all three points as late chances from Aaron Connolly and Shane Duffy rocked the hosts.

Ireland were content to play on the counter and offered little attacking threat throughout a largely dour and uninspiring contest until debutant Connolly came on for James Collins with just over 10 minutes to go.

He immediately had Georgia on the backfoot with a low drive that tested Giorgi Loria and found the side setting after scampering through and chasing Glen Whelan's clearance.

Brighton teammate Shane Duffy had a great chance to secure the win in injury time but powered his header straight at the Georgia keeper. 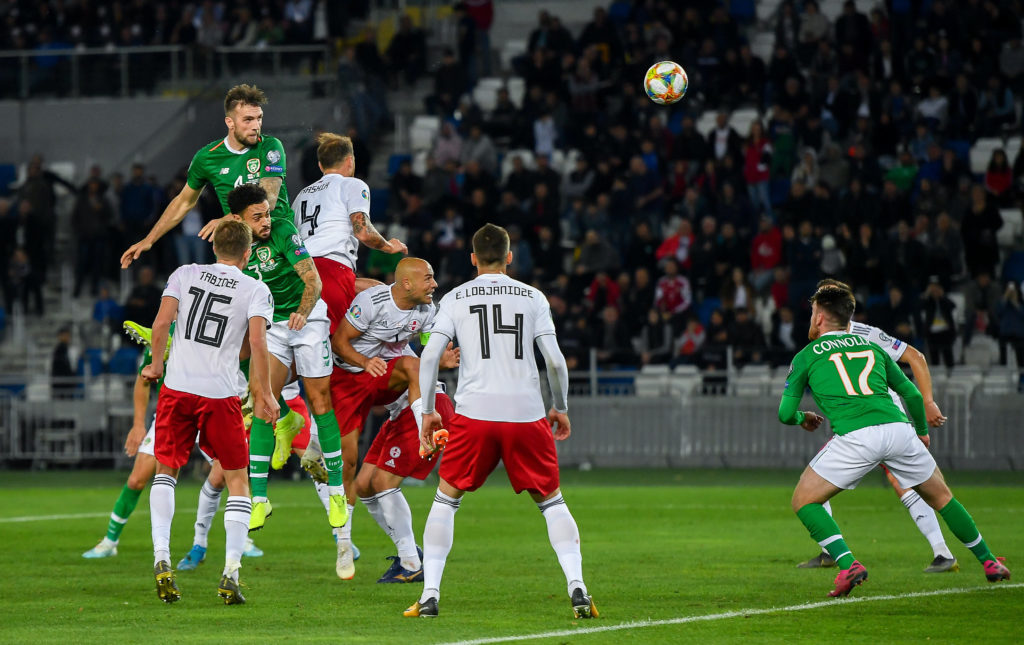 Ireland now face tough assignments away to Switzerland and at home to Denmark.

Both sides struggled to deal with a poor playing surface early on but Ireland centre half John Egan had the best chance during that phase, with his header striking the post.

Georgia settled into a rhythm and looked better in possession, but Ireland showed moments of promise when counter attacking at pace, particularly through Matt Doherty and Callum Robinson.

However the game failed to truly ignite until the latter stages when Connolly entered the fray.

His two chances and allround drive and determination offered a stark contrast to the pedestrian James Collins.

Ireland though they had won it when Duffy rose highest to meet Jeff Hendrick's corner in injury time.  The power was there but the direction offbeam and the Georgian keeper was grateful to smother.

The complexion of this group means that Ireland will most likely need at least four points from the next two games.

Brighton youngster Connolly being utilised far earlier in proceedings seems key to that.

"I wouldn't say I was nervous I was excited, it is international debut, the proudest moment you can achieve," he said after this evening’s the game.

"I got two chances and probably should have put one of them away. It is a good overall performance and we will take a point."