IRELAND’S emigration story as seen through the eyes of one of Britain’s most influential Irish artists is set for the big screen.

Filmmakers have joined with London Irish talent to bring the work of painter Bernard Canavan to life.

Acclaimed director David Caffrey will take the helm of Backward Glance – a documentary he believes will realign perceptions of the hundreds of thousands of people who emigrated from Ireland between the 1940s and late 1980s.

“Bernard Canavan is the charismatic and unofficial society artist of Ireland’s cultural and social forces at play within economic migration and mass emigration,” said Caffrey, who is of Stan Lee’s Lucky Man, Line of Duty and Irish crime drama Love/Hate fame.

“This self-taught artist believes that art and the imagination has the power to change the world and he wants his work to redress the lack of contemporary comment and acknowledgment around mass migration.”

The feature documentary will include a mixture of interviews, archive material and reconstruction.

An online fundraiser has been set up to raise £98,000 towards the proejct, you can donate here 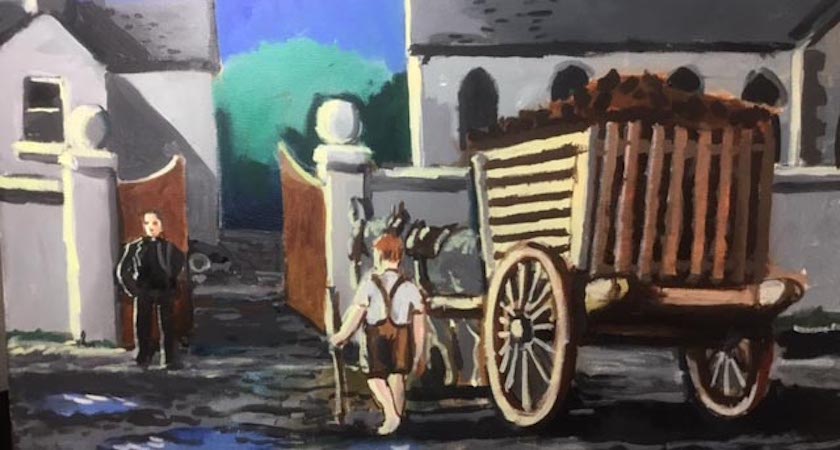 Canavan's paintings focus on Ireland, the Irish and the emigration experience

It hopes to capitalise on previous successes of similar projects such as Being AP, the story of legendary jockey Sir Tony McCoy, and Amy – the Amy Winehouse biopic.

The TV documentary is being developed by David P. Kelly Films with Abu Media in Galway, makers of acclaimed drama series An Klondike.

Producer David Kelly says the project can be ready in a year if they can secure funding to produce the five-minute pilot needed to
pitch to RTÉ and BBC and draw interest from global broadcasters in American, Canada and Australia.

Kelly says competing in the TV documentary market alongside giants such as Netflix and Amazon is no small task.

But having been captivated by Canavan’s work and eventful life story, he believes audiences will be too.

“I was struck by the cinematic feel to Bernard’s paintings and the strong storytelling element – the fact that he was, in a sense, always painting to try and tell us something about our society around migration and what people were going through,” Kelly said.

Kelly, a Londoner whose family are from Dublin and Kerry, has also enlisted the musical prowess of Irish rock band The BibleCode Sundays.

“Their songs and compositions echo and complement Bernard’s paintings in an uncanny and sensitive way,” Kelly added. “They’ve got some great new songs from their new album, which will be put into the film.” 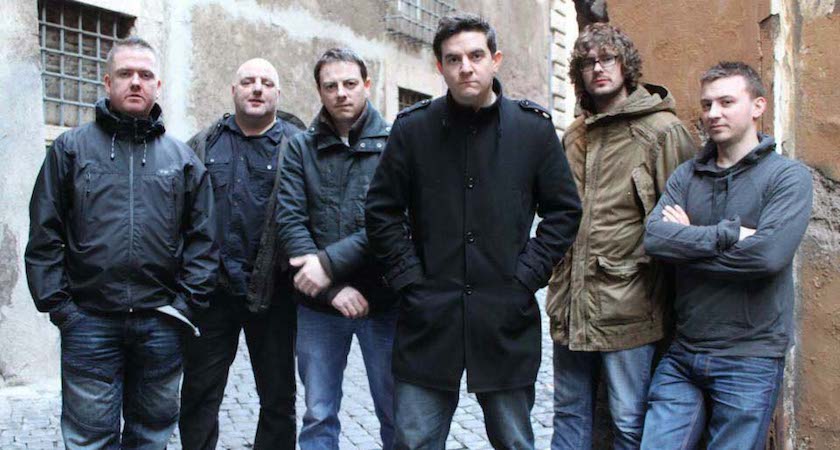 Band member Andy Nolan has also come on board as an executive producer.

“I was delighted to be asked to work alongside David, he’s been very supportive of my film projects in recent years,” said Nolan who also shares a history with the artist.

“Bernard was brought up in Edgeworthstown, Co. Longford where my own parents are from. My mum remembers going into Bernard’s parents’ sweetshop as a child and seeing a young Canavan painting away in the back room of the shop. He also emigrated to London in
1959, the same year my parents, so there was an instant emotional link to the project.”

And the local ties don’t end there. Also on board as executive producer is Finbar Holian, owner of famed North London pub The Claddagh Ring where The Backward Glance fundraiser will be hosted this Friday, April 21. 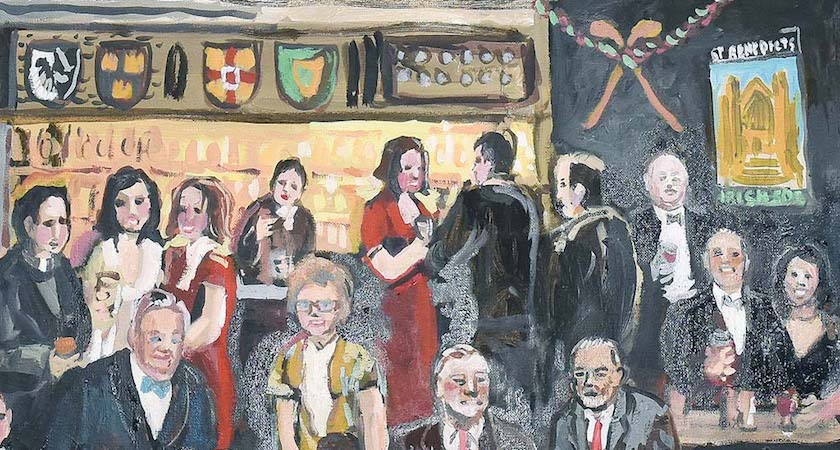 The film will feature the artist's life work

An exhibition of Canavan’s paintings – curated by Dee Haughney in association with The Barbara Stanley Gallery – will be on display at the venue’s newly refurbished arts space.

“Bernard’s work is eminent of master painters of the 1940s, Frank Auerbach, Gerard Dillon, with their fi gurative representation,” said Haughney who has just moved from Ireland to work at October Gallery.

“Adopting this style, Bernard’s work is a comment and record of racial struggle, and a compilation of emigrational
experiences which forces the viewer to analyse, understand and comment.”

Bernard Canavan left for England with his father in 1959, working on building sites, then years later attending university
in Oxford.

“I came over here as a very young man, part of that massive post WWII exodus, and worked on the same dead end jobs as most of that the rest of us unskilled and uneducated male migrants,” he said, describing his pictures as both autographical and historical.

Having taught Irish, British and European history for the last 40 years, Canavan has since become one of the driving forces behind Irish studies in Britain. In 1980 he set up the first Irish in Britain history conference at the Metropolitan University in London.

His paintings have previously appeared on screen in the 2007 Tom Collins’ film Kings and Anna Bowman’s Half Lives.

They focus on Irish life of the 50s and 60s – the confusion of emigrants living in a country that didn’t understand them, a Church obsessed with sexual purity and a new Irish State focused on physical force politics.

“It was to the point where they passed on most of the social service agencies to the religious orders, and we all know the results of that,” Canavan said.

“They tended to forget the emigrants, many of whom sent remittances back to keep their parents and siblings back home.”