ONE of the Birmingham Six has called on the Irish in Britain to back his call for a public inquiry into the IRA’s 1974 Birmingham Pub Bombings.

Paddy Hill said he hoped Irish people would be among the first to support his campaign because “they were the ones who got the backlash” after the massacre.

“People were marching in the streets against the Irish, they wanted people hung, they bullied the Irish and they wouldn’t work with them because of the bombings,” he explained.

The Belfast man, who has launched an online petition calling for the inquiry, also called on members of the IRA to come clean about the attack, claiming three of those behind the bombings are still alive.

Mr Hill and five other innocent men were jailed for carrying out the attacks on two Birmingham pubs that killed 21 people and injured 182 others.

They spent 16 years in prison for bombings before their convictions were quashed in 1991.

Mr Hill said his wrongful imprisonment still affects him every day and he fears that a “whispering campaign” will continue until a new inquiry is held. 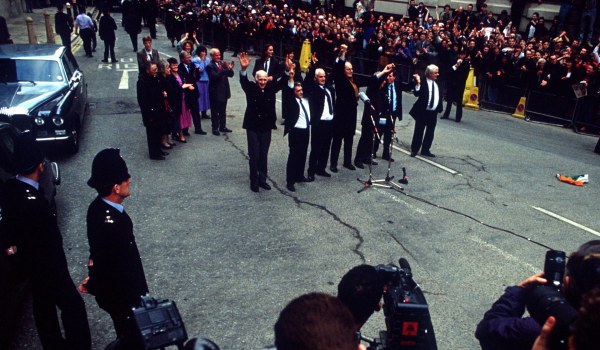 “People are still whispering behind closed doors that we are guilty of these murders,” he added.

A new investigation would need to address allegations that West Midlands Police were told by an IRA informer that the Birmingham Six were not involved in the bombings, Mr Hill said.

“I want to know why we were selected,” he explained.

“I want to know why they tortured and framed us when they knew that we had nothing to do with the bombings. And I want to know why a 75-year public interest immunity certificate has been put on our case, which prevents the truth coming out.”

Mr Hill will need 100,000 signatures on his online petition if it is to be considered for a debate in the House of Commons.

He said it is “shocking” that the Birmingham Pub Bombings remain uninvestigated while Britain is seen as a leading international voice on human rights.