Blog: Is there anything better than a last minute goal to raise Celtic's spirits?

WITH all the international football over with for a few more weeks, Celtic are set to return to action on Saturday with a league game against Hearts.

Robbie Neilson’s men will hope to go one better than their last meeting with Celtic, which saw both sides take away a point in the 2-2 game back in December.

With the pressure somewhat off manager Ronny Deila over the past few weeks, a poor result at Celtic Park this weekend will have him back at square one again, especially with that semi-final game coming up in a few weeks’ time.

Celtic’s last game before the break was away to Kilmarnock and, had it not of been for Tom Rogic’s last-minute screamer to keep us top of the Premiership, Deila would have been in hot water yet again. Anyone watching the game will be the first to admit it wasn’t the greatest of performances.

That said, is there anything better than a last minute goal to raise spirits?

The Ronny Roar even made a return, which I felt was slightly premature, but Deila couldn’t hide his emotions and neither could the fans, who went absolutely wild at Rugby Park.

So, we have two other fixtures before we start worrying about taking on a certain Championship side in the Scottish Cup semi-final. Dundee away followed by a trip to Motherwell won’t be the easiest of tasks for the Bhoys, who still have their sights set on the double this year. 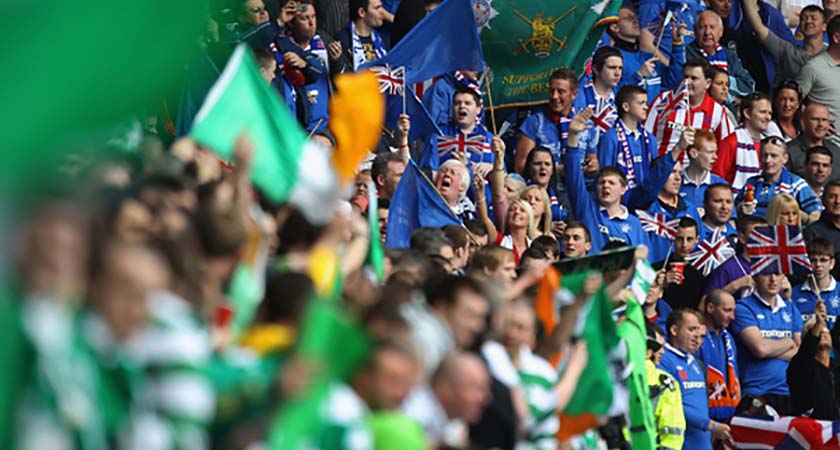 The last time I was at Hampden, Celtic were a shambles and lost 3-1 to Ross County. This time around I would expect Celtic to do the job, although Championship sides do tend to raise their game when taking on Premiership sides.

I don’t think Deila will need to explain to the lads just how important April 17 will be. A double, I believe, is the only thing that can cheer up fans this season.

But what about tickets for the semi? Well, let’s be honest here, they were never going to be the easiest to come by and Celtic went about the distribution of it as fairly I believe as they could (I say that now as I have three myself).

Had I missed out on those tickets I don’t think I would have been as polite about the whole thing! As soon as Celtic released the statement on how fans would qualify for tickets there was mass debate.

I understand fans that attend every game week-in-week-out deserve to have better access to tickets, but the argument that ‘if you don’t go to every game you shouldn’t get a ticket’ is ridiculous.

The ticket fury has sort of calmed down now and I’m seeing more and more people tweet that they have received theirs. Celtic did all they could in this situation.

I’ve been over to five games this season with my dad and friend. To some, five games may seem pretty poor and you would probably have a case, but the fact two of those trips ended up costing more than a season ticket is something to perhaps factor in.

With Celtic sitting top of the league by four points with a game in hand, the main focus will be on these next three games. I still don’t see Aberdeen as too much of a threat, but I’m not shouting that too loud right now.

Last minute goals like the one last time out are the stuff winning seasons are made of but, as enjoyable as it was, I’m hoping we show a bit more character in the next few games.

The double is very much still on, can Deila save this season and his job? Time will tell, although a cricket score in our favour in the semi-final would certainly see me happy for a while anyway!

Karamoko Dembele: Why Celtic were wrong to field a 13-year-old against Under-20s